‘A Short Film About Killing’ (Dekalog 5) is rightly recognised as a seminal piece in Kieslowski’s career. It’s more political than the others, the most violent, and probably carries the most emotional weight. The subject is a young man, Jacek Lozar, who is a drifter, wandering around Warsaw, without any obvious purpose (besides taxi hunting), headed straight for trouble. He is on edge and dangerous, and clearly psychotic. However, his monstrous capability is not easily apparent. He begins the film as an anti-social outsider, pushing a young man over in the public lavatory, and finding it difficult to relate to others. In an alleyway he watches the brutal bashing of one man by two others, as if he is watching a casual argument between two wild cats. Bored, he rolls a rock over the ledge of a bridge and causes chaos on the freeway below, but is oblivious to the outcome. Then we see him, suddenly, in a cheap café, ominously winding rope around and around his right hand, and the mood of the film darkens. Eventually Jacek commits the horrible, cold-blooded and opportunistic murder of a taxi driver, and pays the ultimate price for this unprovoked and bloodthirsty action. The way Kieslowski manipulates us, and the way we feel about both Jacek and the murder, contribute to the reason why the film is successful and compelling.


There is another vital thread in this film, the third key character. Piotr becomes qualified as a defence lawyer. His interest is in the idea of perpetrator as victim, and he will become an excellent supporter of Jacek. To Piotr, justice is a ‘giant machine’ where individuals become lost. He wants to meet and ‘understand people’, a view that is at odds with the justice system as depicted in the film. Cleverly, Kieslowski has Piotr’s views overlap with shots of Jacek wandering the streets. Not only will Piotr come to defend Jacek, he will be the only one who tries to understand him as well.

Jan is the taxi driver that Jacek murders. He is essentially moral and likeable (some would disagree with this), and, introduced at the start, is a reasonably fully developed character before he is killed. Just like it was a chance encounter that two young Liverpool boys came across James Bulger in a Bootle shopping centre, it is a chance encounter that it is Jan that is behind the wheel of the taxi that Jacek hires. Ironically, a number of shots show that he works hard to keep his taxi clean. It will be marked with the stain of blood before too long. Equally ironically, Jan makes a moral judgement about customers on two previous occasions, by driving off and rejecting their fare, before he fatally accepts Jacek’s services. The shot of Jan driving away from the harmless drunks is interspersed with a shot of Jacek readying his hands with the rope he will use for his strangulation. 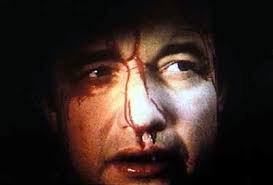 Jacek is enquiring about taxi drivers long before he encounters Jan. It is a pre-meditated murder. The deed is done off a quiet track just out of town. The murder is grisly and because of Jacek’s lack of expertise and experience, it takes far too long for Jan to die. It needs to be noted that although it is a shockingly callous murder, Jacek is repulsed by his own actions throughout. There is something like Macbeth’s ‘who would have thought the old man to have so much blood in him’ about it.


From about the midway part of the film onwards, Kieslowski deals with issues regarding the Polish justice system. It doesn’t seem to matter how Jacek is captured. The point is that he is to be hanged for his crime, despite the best efforts of Piotr for leniency. Jacek appears like he is a little boy as he leaves the courtroom, condemned, his father passing on some cigarettes. Piotr seems broken and doubts his abilities, until he is assured there was nothing more he could do. Jacek had as much chance, it seems, as Tom Robinson in ‘To Kill A Mockingbird.’ His comradely wave as Jacek is escorted to the prison van is a rare sign of warmth for Jacek, and he later relates how the incident brought tears to his eyes.


Kieslowski makes the most of the cold, grey walls, the sharp mechanical sounds of doors closing, the formidable hang man’s tools- the knotted rope, the creaking winding mechanism, the chilling clatter of the trapdoor opening, the little plastic tray that sits ominously underneath, the rolling up of the sleeves- all of the elements of the preparation for death are coldy confronting.

Lawyer and doomed client have half an hour together, in scenes reminiscent of ‘Dead Man Walking.’ These are telling moments as we discover the human side of Jacek, including sad details like his remembrance of the death of his little 12 year old sister. He recalls the tragic accident with moving emotion. He is desperate for news of his mother. Again, he is like a little boy. The only time that Jacek smiles in the film- and it is a lovely, endearing smile- is when he makes a nice, innocent connection with two young girls at a café window.


All this is short lived, however. The State is eager to get on with their job. Little things like why Jacek committed his crime, and how history has impacted his actions, are quite unimportant.


Jacek is filled with fear as one might imagine, as he smokes a cigarette during his final moments. It is all played out graphically and emotionally, as the court performs its final officious justice and Jacek trembles, contorted. He breaks down hysterically, then quickly after is made a dangling corpse.


Kielslowski seems less objective here than in any of the rest of his short films. It is, undoubtedly, a film that is politically charged against capital punishment. The psyche of the man behind the murder is explored near the end, and the disregard as to who he really is, is telling. As Piota says earlier on, he was in the vicinity of Jacek when Jacek wrapped the cords of strangulation around his hands- ‘I might have done something.’ This is, I think, the crux of the matter. Not really Piota, but someone could have done something. What does it suggest about society when avoidable things like this happen? It is the James Bulger story all over again.


Finally, this film is a beautiful film to look at. There is very little colour- occasionally it seeps through- I remember the baby blue colour of a taxi, for example- but usually it is grainy, and murky with mostly greys and browns, sort of early Van Gogh colours. It makes Warsaw look grim and unforgiving, not a warm, supportive environment at all. 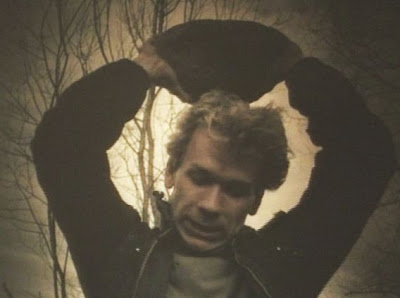 Posted by darren harrison at 2:33 AM