Dekalog 7: turmoil in a child's world 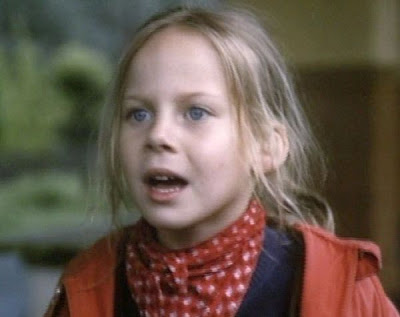 Dekalog 7 is about the triangular relationship between a little girl, aged six, and her adopted mother and her real mother. The odd thing is, the adopted mother is really grandma, and the real mother grandma’s daughter, and at the start of the film the three live in dislocated fashion in their Warsaw apartment. The plot is very simple, it’s filmed in a relatively straightforward fashion, and the actors are not as engaging as the principal actors in the previous five films.


There are the sounds of a child screaming at the start of the film. The camera hovers outside the Warsaw apartment block, moving around as if to decide which of the apartments to enter for the story. It as if there is potentially interesting stories to tell in every apartment. It finds the one with the screaming child by the help of a newly lighted window. 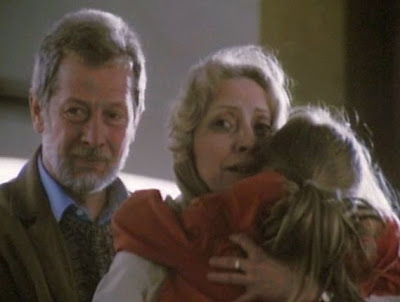 The premise of the story is set. The young, real mother, Majka,  is heading off for Canada, planning to take the child, Ania, with her. Ania is screaming because of a reoccurring nightmare and it takes a long time for her to receive attention. Majka tries to comfort her to no avail, and grandma, named Ewa, who has been acting as Ania’s mother for all of the child’s six years, aggressively pushes her away, and says “you don’t know how to comfort her.”


Majka visits her at the kindergarten, peering over the fence like a stranger, thick iron bars separating them. Majka then cleverly ‘kidnaps’ her little girl from a pantomime concert that she was enjoying with grandma. Ania doesn’t complain, even when she is whisked off to a strange man’s house (who happens to be her estranged father). Like Maisie in the Henry James novel, Ania is completely unaware of the adult turmoil about her.


When Ewa gets home from her miserable day of losing Ania at the pantomime, she doesn’t ring the police because she knows deep down her daughter has finally exorcised her rights. Majka, meanwhile, is shown walking Ania in glorious sunshine, tenderly explaining the truth to her daughter. Ania can only think of it in fairytale terms. Obviously it’s unfathomable. 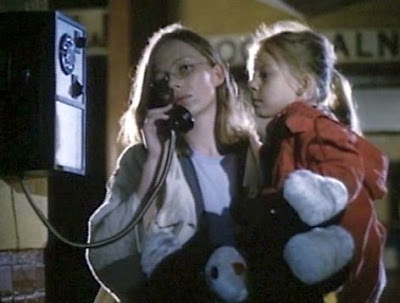 Majka hopes to find some stability, or somewhere to hide, at Ania’s father’s place. However their relationship grew cold years ago. Wojtek was Majka’s teacher at school, a school in which Majka’s mother was headmistress. Scandal was averted but it has meant that Ania has grown up in unfortunate circumstances. Ania as usual is blissfully unaware. She lies, slowly falling asleep, on top of some stuffed toys.


As with all custody stories, it is the child that suffers from all of this. There are the nightmares; the urge to ‘pee’ when she is nervous; the way she won’t let go of her father’s finger when falling asleep; the fact that she overhears the murky adult stories of those that are supposed to support her; the way she is transported around the countryside, hiding, with her mother, slung over her mother’s shoulder like baggage; being in earshot of the awful negotiations made over the phone about her future. Like the twig she throws into the water, Ania is drifting toward an uncertain future. 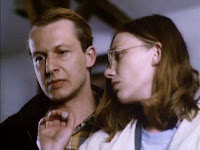 Ania forces the adults around her to confront truths. Wojtek needs to come to terms with the fact that he actually is a father. Majka is recognising that she must take control of the situation and act as the girl’s mother. It is only really Ewa that can’t accept the situation. She is determined- and she succeeds- in prolonging the artificial situation in which she pretends to be Ania’s mother. Perhaps the biggest indictment in her role is the story that she tried to breastfeed Ania whilst Majka was on camp. This, and the fact that the concealment, and the desperate need to avoid scandal, means Ania ultimately suffers.


We witness scenes in which things could be so much better, that adherence to avoiding the scandal is the real scandal. Wotjek and Ania in their brief moments together are tender. Majka really wants to bond properly with Ania, but is impatient. “Call me mother” she sobs, but her daughter will only refer to her as Majka.


In the end it is Majka who is drifting toward an uncertain future, alone on a train, pulling out from a platform and being watched by her parents and her confused little girl. Films that conclude with train departures often have sad endings.

Posted by darren harrison at 2:06 AM