Dekalog overall, and Dekalog 10: the fallibility of the human spirit

DEKALOG has been a fascinating viewing experience. Like the ten incredibly rich instalments in James Joyce’s literary Dubliners, Dekalog features varied and authentic experiences about the fallibility of the human spirit. This is what it comes down to for me, perhaps a little like what Bergman tried to achieve in his myriad films set on Faro, and what Micheal Haneke seems to be trying to do with his films about madness and cruelty and the sinister depths of the human mind.


The fallibility of the human spirit is such a fascinating subject. In this collection alone, in order, we have:


1.       The university professor who mistakenly decides the ice in the stream should still be hard enough to skate on, but is mistaken, and his son drowns.


2.       The woman whose husband might be dying, and who can’t decide whether or not to abort the child of the man she is having an adulterous relationship with


3.       The woman who is desperately lonely and tries to tear her ex-lover away from his new family as she is alone on Christmas Eve


4.       The woman who can’t help wondering if the lovely man she thinks is her father really is her father, and if her relationship needs to change as a result


5.       The young male drifter who randomly kills a taxi driver and must face the awful consequences


6.       The young male voyeur, fascinated by the woman living in the apartment across the way, who is equally lonely and vulnerable and desperate to be loved


7.       The insecure mother and daughter who are unwittingly damaging a little girl in their pursuit of her love


8.       The older female professor who is forced to come to terms with her own regrettable actions during war-time conflict in Warsaw.


9.       The surgeon who is unable to offer sex to his wife and kids himself when he encourages her to take a lover


10.   The brothers who become rich overnight due to a family inheritance but can’ seem to cope with their new found fortune.

The fallibility that exists in all human beings provides us with an opportunity to forgive wrongdoing and see things from a wide rather than narrow perspective. A recent Australian scandal involved the pranking of a London hospital, which may have contributed to the suicide of the nurse involved in the call. The pranksters were demonised by certain sections of society. As were the culprits of the terrible murder of James Bulger, and the murderer who took the lives of the little children at a school in Connecticut recently. We have to try and understand all these perpetrators. This idea was perfectly put by Michael Leunig in a cartoon many years ago, wishing Bin Laden, still at large then, a Happy Christmas. 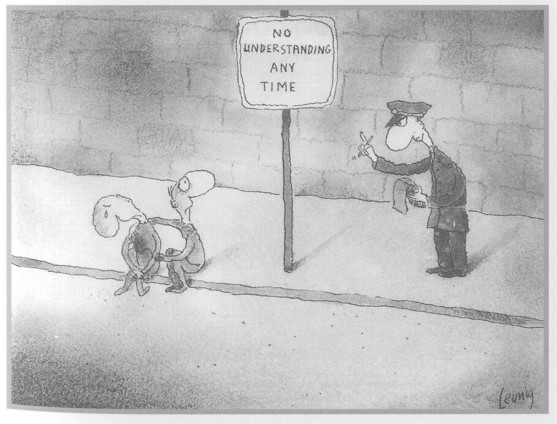 Following is a discussion about the final Dekalog film, a comedy about brothers.
Dekalog 10 is the warmest and lightest of the whole series. Jerzy and Artur are unlikely brothers who inherit a fortune from their estranged father after he dies. A sudden flourish of wealth can cause major headaches and complications- as this film testifies. 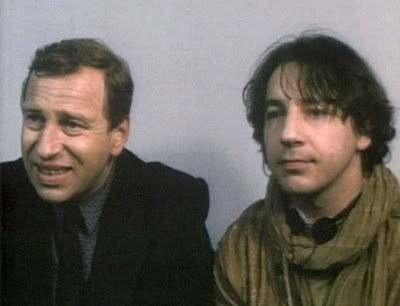 Artur is the charismatic, energetic brother who fronts a popular punk band called ‘City Death’ and looks and acts a little like an older Jim Morrison or Michael Hutchence. Jerzy is more conservative in his dress and lifestyle, and neither brother sees each other very much. It is the sudden acquisition of wealth, in the form of a fabulous stamp collection, that brings them together as brothers in arms.
Following the funeral the brothers inspect their late father’s flat and have a nightmarish time trying to get in. Their father indulged in tight security, and there are any number of alarms, bars and padlocks that need to be opened or broken.
The naïve brothers gain an inkling that the collection they discover in a safe might be worth something, so they attend a stamp exchange and discover the unexpected news.

The complications begin in earnest when Jerzy gifts his young son an expensive series of stamps based on a 1931 Zeppelin motif. These exact stamps are referenced in an earlier Dekalog when a professor of ethics has a conversation with a stamp enthusiast in Dekalog 8. Jerzy’s son has sold the valuable stamps to a swindler, who has sold them to a dealer in town. Jerzy visits the dealer, indignant about being swindled, but realising quickly there is little he can do.
Their next primary concern, as the hassles add up, is security. Artur is becoming paranoid about his father’s apartment, and soon a vicious looking black dog is enlisted. Then there is the matter of the missing stamp. They have the blue and yellow 1951 Mercury- and to have the rose as well would mean they are sitting on an absolute fortune. Gaining the elusive stamp was an obsession of their father’s. As a kind of homage to him, they try and find it. The other co-existing challenge is to re-coup the Zeppelin stamps dishonestly taken. Artur manages this in a clever, underhanded way, in detective-like fashion.
There is a strong undercurrent of comedy throughout this episode, mostly at the expense of the naïve brothers. The narrative takes an absurd twist when Jerzy agrees to donate a kidney in exchange for the elusive ‘Austrian rose Mercury.’ The decision to agree takes place during a discussion between the brothers in their father’s apartment. They talk about this elusive stamp as though it is the most prized possession on earth. Suddenly they are supreme stamp enthusiasts. Previously they didn’t show a skerrick of interest.
The inevitable occurs. As Jerzy is going under the knife, and as Artur is keeping vigil at the hospital, his face being caressed by a nurse groupie, they are being burgled by some professional stamp thieves. There are close-ups of the pristine stamps, gently held by tweezers, and magnified by glass, that are made to look absolutely beautiful, to one who does not appreciate the value of a stamp like he does the value of a book.

Jerzey leaves the hospital in a state of semi-euphoria, holding the precious rose stamp, not knowing its decreased value after the theft of all the other stamps. Artur informs him and cries into his shoulder. Meanwhile, the supposed vicious guard dog finds himself suddenly out of favour, and as the policeman arrives, Jerzy admits he had disconnected the burglar alarm. The comedy of errors have piled up. Money does strange things to not only friends, but also brothers. Both brothers hold secret meetings with the bemused policeman, each accusing the other of disloyalty.
The film has a highly amusing coda. Both brothers witness a meeting across the road of a mirror image of their once much loved dog, the swindler who swindled Jerzy’s young son and the stamp dealer who organised the kidney transplant. Back at the apartment they admit that each suspected the other, and display their new, cheap coincidentally identical purchases. At last they have a set: an image of world championship wrestling, an image of a seal, and a commemorative stamp based on police and security services. At least they are able to have a good laugh. 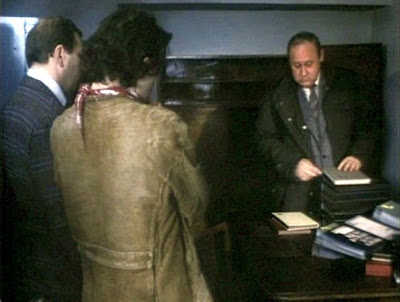 Posted by darren harrison at 1:40 AM