DEKALOG 2: the sanctity of life 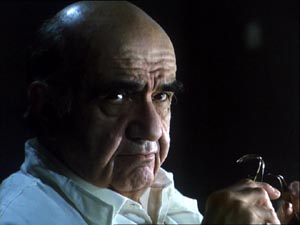 This, the second instalment of Kieslowski’s one hour films loosely based on ‘The Ten Commandments’, involves an ageing and world weary doctor who lives alone in his apartment with his bird and some fish for company, and occasional visits from his friendly cleaner. Lurking nearby, or in other words living in a nearby apartment, is a youngish woman name Dorota who is three months pregnant. Her moral dilemma is that she is pregnant to a man other than her husband. Her husband, Andrzej,  is in the doctor’s hospital, possibly dying of cancer. Part of her would like to keep the child- she has had difficulty getting pregnant- and therefore be with her lover if her husband does in fact die. Otherwise, if he were to live, abortion would be a better bet. Being three months pregnant, she needs to decide soon, and meanwhile she needs to know for sure as quickly as possible whether or not the cancer is imminently terminal. This dilemma inadvertently becomes the doctor’s dilemma, as she begins placing pressure on him to guide her as to her husband’s prospects. “Tell me if he’s going to die: I just have to know” Dorota implores. “All you can do is wait” the doctor tells her.  He becomes a reluctant God-like figure, or at least a priest, because any hope he provides as to her husband’s fortunes increases the likelihood that her unborn child will die. He later tells her with some false certainty that her husband will most likely die- he says this emphatically- it as if he is worried that any good news will result in the dreaded abortion. “He hasn’t a chance” he tells her. She has made an appointment for the abortion the next day. She even makes him swear it is the truth.

To further emphasise this fact, Kieslowski has built in, in very subtle fashion, the doctor’s past- a photo of a woman and her children. Near the end he tells the housekeeper of a tragic event related to a bombing.  It encourages us to speculate that perhaps the life of children is more sacred to him than it would be for the average person (we saw this in Dekalog 1 with the drowning of the young boy).


There are close-ups of images, as is often the case in Kieslowski’s films, that cry out for interpretation. The way that the camera lingers on them for a long time suggests this. The destruction of an indoor plant, by peeling off its thick petals, and twisting its stem. The way the water drips and leaks from a tap as the cancer-ridden patient lies suffering close by. The most effective one of all is at the end. Andrzej lies in bed, life or death hovering close by, we don’t which of the two it will be. He watches a bee submerged in a drink, madly scrambling away from the liquid, an incredible struggle to the top of the glass via a straw. He makes it. Consequently Andrzej does as well. He appears, ghost-like, at the doctor’s doorway. It feels incredible to be alive. “I can touch the table” he says. What’s more, even though he will live, Dorota is going to keep the baby.


The film ends with the survivor asking his doctor “Do you understand what it means to have a child?” The doctor replies “I do” and you can tell he really means it. What’s more, it is he, the doctor, who is responsible for the fact that they will be sharing a child. It is only his lie that his patient will surely die that ensured the abortion didn’t happen. It is a stirring end, and so it becomes a film about the sanctity of life, the importance of preserving the life of an unborn child, as well as the need to cling to life and to hope when your frail health is failing you. It reminds me that it is a Polish film, it reminds me of the Holocaust, and those camp survivors who argue against euthanasia every inch of the way. 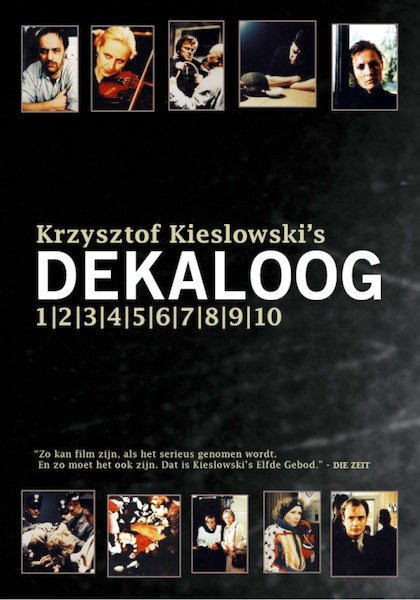 Posted by darren harrison at 1:39 AM