I HAVE been thinking about resilience a little bit of late. The other day I walked out the door to Bell Street and the short distance to the bus stop. I wore my woolly hat, black jeans and of course, in today’s environment, a mask. I saw myself in a storefront reflection. This particular mask is white and quite surgical-looking. It dominates my face and sometimes it fogs up my glasses. I waited a short amount of time for the bus, and standing there I realised I had forgotten my book about Carson McCullers. I felt slightly vulnerable. Not going out much these days. Very quiet streets. Thoughts tumbling about whether or not I would make my appointment on time. Would the bus even take me to me destination? 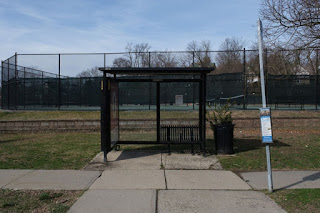 I sat near the back and looked at the couple of other masked occupants. I had this feeling we were all trapped in some way. Getting off the bus, I could see I was way too early so I walked about these usually vibrant shops opposite Northland. A kind of ‘homemaker’s centre’. Not a soul about anywhere. Deserted. And then it was 10:00 o’clock and I had to face the dentist.

This has not been my usual routine. Usually I am working at my desk with my computer, my wife and children thereabouts, the whole world shut out. Only the news reports on the television offering any kind of connection. But on this day, recently, I caught a bus to visit the dentist near Northland. I told myself to be resilient.

The small challenge I faced, which included the experience there, and the journey home, demanded some small amount of resilience on my behalf. But what I was really thinking about on the way home was my youngest daughter who is very soon going to go to big school and may not know a soul besides her older sister. She is definitely not the kind of kid to be ‘out there’. If you knew her you would know exactly what I am talking about. This, for her, will have a huge resilience factor. I feel (hope) she will grow so much as a person and learn so much and become more confident, and I hope it will keep her in good stead.

I did something new when I left home for the second time at 24 to live in the countryside. I spent the first weeks in my room in a house I felt unwelcome and afraid in, and wrote often in my diary and took solo walks in the neighbourhood listening to the music of my soul and thinking about the places of my heart. This experience built something strong in me and I was less afraid in tricky situations later. The first time I left home I went to live in Adelaide. Another day, another time.

On the bus, too, I thought of the Bronte daughters and their shocking exposure to grief in their life, and their forced attendance at preparatory schools. Little Charlotte at the Clergy Daughters’ School in Cowan Bridge in Lancashire, the setting for the abysmal Lowood school in Jane Eyre. Poor little Emily went there, too, when she was only six. She thereafter enjoyed being at home so much with her animals and the moors, her vast playground, and her deep isolation and books, and romantic imaginings. Little Anne was spared the horrors of being away from home until she worked as an adult at a place called Blake Hall. She had an unsurprisingly terrible time with unruly children and was dismissed, but it must have taught her resilience. She fared better late with similar work.

I began having random thoughts. Sylvia Plath abandoned by Ted Hughes, alone and vulnerable at Court Green with Frieda and little Nick. And worse, not much after, freezing cold in her Primrose Hill flat in 1963, seeking sanctuary in death, her children warm and protected. Resilience can wear thin.

Katherine Mansfield suddenly aware of death closing in around her, at the top of the stairs, at Georges Gurdjieff’s Institute in January 1923, aged only 34. The need for resilience over, the end of that long search in the south of France for better health.

Lawrence also with blood dripping out, in Vence, in 1930, also in the south in the fruitless search for better health, hand held by Maria Huxley, lost and bewildered at only 45. The need for resilience over.

Vincent’s exhaustion and disappointments, and feelings of despair and isolation in the merciless wheatfields in Auvers, this time in the north of France, in 1890. Age 37. His long patient struggle with hallucinations and epilepsy and other forms of madness at last over. Again, resilience worn thin.

And finally, on the bus, Paul Simon’s song ‘American Tune’ came into my head. It seems to be at least partly about the first immigrants from England sailing into New York harbour on the Mayflower and the anxious time they must have had in a foreign county, filled with hopes and fears:

These are some of the poignant ideas that the Bronte’s may have sung if ‘American Tune’ was available to them, even if it isn’t their direct experience. And then there are the convicts on the way to Australia, often in chains, and who of us can imagine African slaves bound for America, people enlisting in wars like Vietnam, so far away, the train journey to Auschwitz and Bergen-Belsen, current struggles with Covid-19 so far away and so close to home…

So, in the end a bus trip a suburb or two away on a regular bus to a friendly dentist and back again doesn’t require quite so much resilience after all.

Posted by darren harrison at 3:25 AM