Did you know it has been almost 20 years since you picked us up in the pouring rain at Bearsted station, way back in October of 2000.

As people often say, I don’t know where the time has gone. But one thing I do know is that I have thought about England almost every day since we returned in December 2003. J says I was desperate to come home, but as I sometimes tell her, within minutes of arriving at my parents’ house after flying home, I felt ready to go back. And of course, probably for a few different reasons, we never did.

I think about England all the time, as I have already said. I think about each of the various schools, especially MGGS. I think about our frequent trips to London and seeking out bookshops along Charing Cross Road, and Ulysses in Museum Street, and countless others. I think about drives to lots and lots of villages and towns like Hawkshurst and Aylesford in Kent, and Ludlow and Much Wenlock in Shropshire, and Kingsand and Zennor in Cornwall. And I think about the various National Trust homes like Cotehele, also in Cornwall, and Haddon Hall in Derbyshire and Monk’s House in Sussex. And of course all the D H Lawrence houses we visited, such as Mountain Cottage, and Chapel Farm Cottage and The Triangle and the long barn at Greatham, and the various other writers’ retreats, like the Bronte’s, Dylan Thomas, Thomas Hardy, Sylvia Plath's grave. 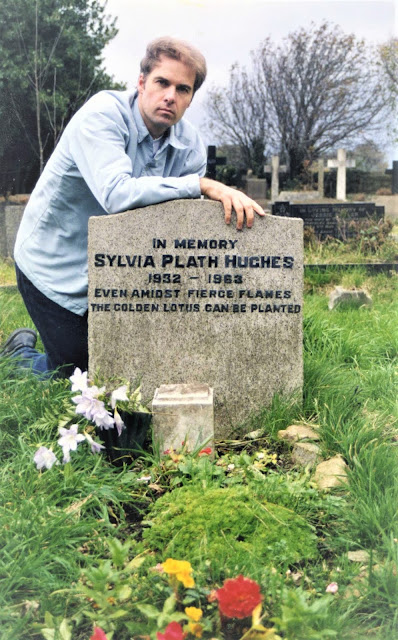 I think about all the counties and our travels in them, including ventures into Wales (my favourite ever holiday), Scotland, and Ireland to meet Colm Toibin, and great short holidays traversing Somerset and Wiltshire and Devon, and up higher, Gloucestershire and Herefordshire and Worcestershire, and even as high up as the Lakes District, northern Wales and Yorkshire and Northumberland.

We lived, distinctly, for periods in 3 main counties if you recall- Nottingham, Newent in Gloucestershire, and of course the beloved Maidstone, in Kent.

Now I arrive at my fondest memory. And perhaps the greatest pleasure of my life. Living with you and Pauline on Gravelley Bottom Road, sharing your upstairs, having lots of day trips, such as the Churchill home, and Sissinghurst, Sutton Vallence, Sittingbourne. Negotiating your terrible shower. Beautiful walks amongst the leaves in the expansive backyard. Playing with Missy and Tiger on the stairs. You kindly getting cars for us. Your mother looking after us and taking us out to get food at Nettoes and not wanting us in the kitchen. The degus’ in their cage. Visits by Caroline and her kids and David, who would find all of this horribly sentimental. Remember our trip to (I think) to Elham for fox hunting protests, where you drove like we were on an autobahn, seeing you work in your garage and going to the dance together, seeing you in banger racing at Ipswich, the local cinema in Maidstone where we saw the Hannibal Lecter film, eating out expensively at the Tickled Trout, and meeting your interesting friends, the car mechanics, the one from Liverpool I think called Paul and the one who died suddenly, who used to go the pub called ‘The Sugar Loaves’, possibly Wayne, and walking along the Medway and seeing Leeds Castle. The list goes on. 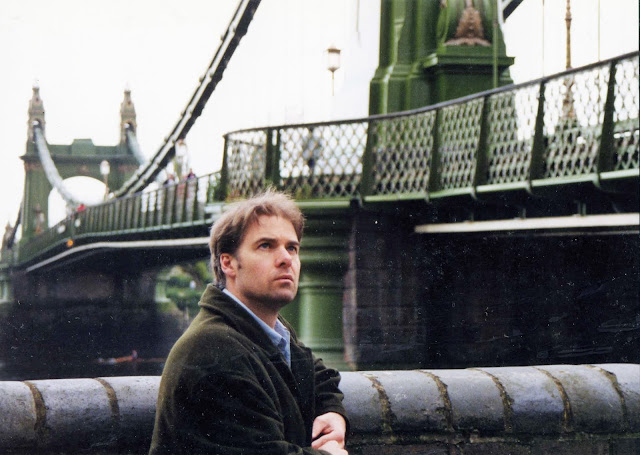 I will never forget those days. They fill me with joy just thinking about them, but they also fill me with sadness because of some personal regrets, and how much I miss everything and would love to have it back again. But of course, time marches on and it is difficult to recapture things that you once loved and experienced. I dream, often, of England, and one recurring dream in particular is this one where I am on the verging of coming home to Australia and I am filled with so much dread about having to leave… and yet J says this was not how I was- almost 20 years ago.

I hear that you are still in the house, and Pauline is with you, and even Camilla is close by. What an incredible experience it would be for me to return and sit in the backyard and have everyone around us again. I have lots of photos of this time. We all look young and healthy and optimistic. It feels like another life ago. If you get time let me know what you remember and love to everyone, especially Pauline who was so good to us. In my dreams I am sitting with J, and you and Pauline, and we are in the conservatory, and we have just arrived, a day or tow, and it is cold but I am cradling your book of English villages, and my heart is racing and I feel like I am on top of the world.

I leave you with the foreword to a book I put together about our travels. I must show you some day. All the best,

I WILL never forget the first days of the beginning of our pilgrimage after arriving in England towards the end of the year 2000. We had got married in Sunbury, spend a few weeks in Sri Lanka, then caught a train to London from Heathrow, then a bus to Bearstead near Maidstone, Kent. Simon Read collected us in the pouring rain at night. The next day, still no doubt jetlagged, we sat in Pauline’s conservatory. She placed a thick hardback in my hand. It was a book about English towns and villages. In my heightened and excited state, I had not fathomed our relative proximity to places like Italy, France and Austria. It was enough that it was England on our doorstep.

England, my England. The names and maps ran off the page, like the Melbourne ‘Melway’, but a thousand times more exciting. Lower Slaughter, Gloucestershire. Kelmscott, Oxfordshire. Mevagissey, Cornwall. Haworth, Lancashire. Bambridge, Northumberland. Much Wenlock, Shropshire. The names rolled on and on, all inspiring. I used the index and found many names that were familiar because of my research and reading. Morris, Lawrence, Plath, Hardy, Burne-Jones. Towns associated with glorious people. Even little Edenbridge, quite close by, where Lawrence stayed with Edward Garnett.

My imagination ran wild and I felt like I had entered a new, golden sphere, a little like the character in the Woody Allen film called ‘Midnight In Paris’, who finds himself in 1920’s Fitzgerald-era Paris. Except I hadn’t travelled into the past. The present, alone, was entirely sufficient and satisfying. Pauline’s little conservatory was crackling with life and electricity. 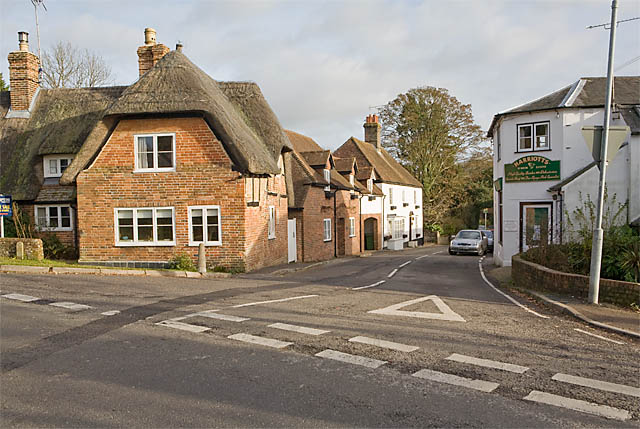 Posted by darren harrison at 4:56 AM

I enjoyed the nostalgia in this piece of writing. So evocative of time and place. I wonder if writing such pieces adds to the longing or makes it easier to cope with the present moment? I'm hesitant to write about the halcyon days for fear of the profound aching. Always good to read your work, old chap!
Cinova