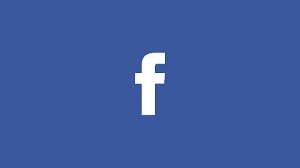 OK. I have given it a realistic go. People pressured me to try it. ‘You are missing out’, they said. They also said ‘do you realise you can join groups and communicate with other like-minded people?’ I was told once I start I will be hooked. That there’ll be no turning back. Endless hours of sated curiosity and soothing reminiscence. And more friends that you can shake a stick at.


I am talking about Facebook. I started it six months ago. Now it’s the New Year and it’s time to give it the boot. Well, mostly, anyway. I can’t take back that time wasted on looking at mindless posts and naively falling into loads of traps.


The first trap was to accept the ‘friendship’ of people I knew long ago. Some of these were women who have now had children. Others, men I didn’t really click with way back when. The children ones were the most disturbing. Endless ‘selfies’ and other shots holding their sweet little babies. ‘Friends’ gushing and posting ‘likes’ and comments like ‘aaawww, too cute!’ Me thinking, but not posting, ‘aha, at last you have found a reason for living.’


The second trap was to join endless groups to find out what other people around the globe are thinking about the people or the things that you like. This is not always a complete loss. For instance, the people on the Katherine Mansfield website don’t post very often, and when they do it is usually informative and useful. I found out, for instance, about a 2016 symposium for Mansfield in France somewhere. Someone who does post sometimes is a woman called Gerri Kimber, who is a major writer and publisher about Mansfield, a world-wide expert if you like, and it is an honour to see and receive her posts. Another writer, Colm Toibin, as you might expect, is very sensible and sensitive, and he often alerts his followers to interesting newspaper articles he comes across, or posts from critics and journals that reference his works.

On the other side of the coin, I was, until recently, a member of the Justin Hayward appreciation group. I don’t really know any Moody Blues fans over here in Melbourne, and I thought it might be fun to converse with some online. What tipped me over the edge, and caused me to give it the flick once and for all, was a recent post by somebody starting off an A-Z list of things about Justin Hayward. The first ones were ‘A is for amazing, B is for beautiful, C is for charismatic’, and so on, and I’m thinking ‘what’s going on here? are we in primary school? are these people all idiots?’


The Melanie Safka appreciation society is a bit better, but it got me fed up and depressed as well after a while. Melanie herself does lots of posts, and the other day she put up a video of her singing ‘Auld Lang Syne’ in a croaky voice, with a Santa hat on, next to a Christmas tree. I couldn’t help thinking, ‘Joni Mitchell or Van Morrison would never do that. Maybe it’s better to grow old a little more gracefully.’


And don’t get me started on the trivial little themes people employ. How many ‘Happy New Year(s)’ have there been? And ‘Merry Christmas’, and the posting of clichéd music videos, such as a famous one by John Lennon and Yoko Ono (ok, I’ll admit I also posted a Christmas song- River, by Joni- but at least this one wasn’t quite as obvious).


A fan appreciation group you think would be safe is the one devoted to the films of Ingmar Bergman. But after a while this too got me totally fed up. How many times does one want to see somebody posting an image from ‘The Seventh Seal’ or ‘Fanny and Alexander’, and getting 80-100 ‘likes’ for their monumental effort, or, just as stupid, a comment that comes up frequently like ‘what do you think is IB’s best film?’ or ‘was Harriet Andersen in Persona?’ (to these people I say either go and watch the film or look it up).


Besides all this there is the vast multitude of people out there who use it as an excuse to encourage others to admire their legs, or their teeth, or their hair, or whatever else it might be. Maybe their car. And usually people do. ‘Looking good sister’, or ‘LOL gosh you’re beautiful’, with an ‘aaawww thanks’ in reply.


So why have I decided to refrain from giving Facebook the flick completely? Well there is the matter of keeping in touch with local and some overseas people you actually do like, and it is an easy and convenient platform for this. Sometimes curiosity can get the better of me, and I might wonder how such and such is going now that they are now 40 instead of 20. And finally there are people you might respect and admire from afar, and seeing what they are thinking or feeling or posting can be somehow interesting. How does someone like Salman Rushdie, or the editor of the Cambridge D H Lawrence, or an old friend of Ted Hughes spend their free time?


So Facebook, even though I detest and loathe you, and feel used and somehow unclean because of you, I won’t give you up entirely, but at the same time I won’t allow you to take away so much of my precious time, either. 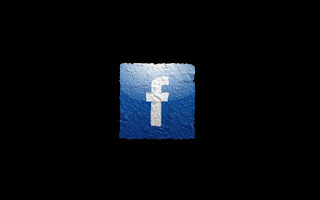 Posted by darren harrison at 2:32 AM

A salient reflection on the beast that is Facebook. I concur. It is simultaneously a trap, a time-sponge and an expedient tool for social connection and information. I don't want it to be the bane of my existence, yet at times it feels like it is, so I detox from it.

Exactly.And there are a lot of narcissists out there.