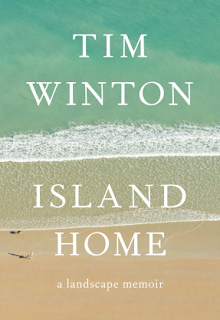 I WANTED, very much, to like Tim Winton’s beautiful looking new book about Australian landscapes and Australian culture. I did enjoy aspects of it quite a lot. At other times I felt restless, like I was a bit stuck in a discussion he was creating, one that holds enormous meaning for him, but less significance for me and perhaps other readers. I didn’t feel this way when I read Robert Macfarlane’s latest book, the glorious ‘Landmarks.’ Yes, his was personal as well, but less like a diary, less egocentric in some way. They do have much in common, especially the enjoyment and exploration of naturalistic terminologies, for landscapes, birds, flowers and trees, especially.


The best parts of Winton’s book (probably like Macfarlane’s as well) was the beautiful detail. You can see this writing in other works of Winton’s, in his fiction. Perhaps not as lyrical as it is here though. I am thinking of ‘Cloudstreet’, and ‘The Turning’ in particular, my favourite works of his. Sometimes the prose is lyrical here, but often with a kind of contradictory brutal edge as well, and lots of colloquialisms and earthiness, the kind of language that Winton gets in trouble with for ‘intellectuals’ who might prefer Patrick White or David Malouf.


Here is a section from ‘Barefoot and Unhurried’- ‘So often a child’s reveries spring from rhythms present in nature: the lapping rise and fall of birds stirring, settling, stirring anew; the swoon and sweep of wild oats in the wind; cicadas counting off the day in a million disapproving clicks of the tongue…I used to lie in the sun and listen to the metronomic tick of blood beneath my temples. I remember how hypnotic the stroke of my newly mastered freestyle became. There was strange comfort in the hiss of the stick I trailed in the dirt all afternoon, and in my whispery footfalls on the empty beach.’


Wow. The stick and the footfalls. Some of the best sensory writing I have read this year.


Fishing, at Cape Keraudren in 1977, Winton lands an extraordinary fish that is ‘chrome-sleek’ and it escapes his clutches, but not before it coats him with mucus that he describes as an ‘adhesive slime.’ As a result he spends ‘half the hot night scraping the fish’s ectoplasmic smegma from my hands and shins.’ In the morning his ‘fingers are webbed.’ I can only imagine how much people like Ernest Hemingway and Ted Hughes would enjoy an experience like this. 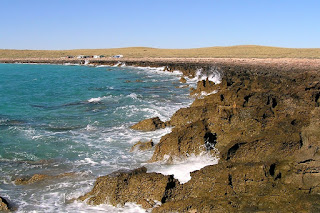 Winton’s observational skills are extraordinary, more so than even Sylvia Plath with her Mussel Hunter at Rock Harbour’, and the crabs’ ‘glittery wisp and trickle’ in that particular poem. Here he is wandering at low tide, observing ‘thin strips of water’ busy with ‘crabs and fingerlings, spider stars, bivalves.’ Further on there are ‘wallows of skippers, the sandballs of ghost crabs and the mud-poots of worms.’ Winton notices- and to me this is extraordinary- how the beach ‘looks lifeless’, but in fact ‘pops and sighs and rattles.’


Seven years later, Winton is at Mitchell Plateau, and driving a LandCruiser across a rocky terrain. So, ‘…trundling blindly through the head high spear grass…’, Winton charts the extraordinary insect life he encounters as he rolls the window down: ‘As we mow down the wall of grass and vines, grasshoppers, moths, dragonflies and birds peel upward from it in vivid rushes. Bugs and grubs, mantises and spiders gather in our hair, sucking the perspiration on our faces, catching in the gaps in our teeth. The air is soupy. The whole plateau is choking with life and we chug against this mad plenitude like a boat in a sluggish, druggy sea.’ 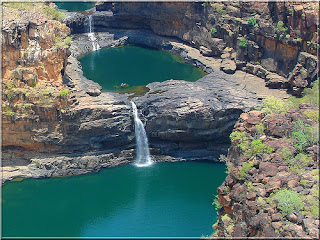 ‘Soupy’, ‘choking’, ‘chug’, ‘sluggish’, ‘druggy.’ Winton having fun with words. These seem to me to be very Australian notions. This is one of any number of bits that celebrate the wildness of Australian life: ‘The thickness of the air. I have just returned from camping. Bushwalking in 35 degrees heat and being mauled like this by flies, some of them those awful heavy march flies, a runnel tunnelling across my face and into my ears, desperately thirsty, trying to suck down a bit of my sweat before I brush it away with a cruel, impatient swipe of my hand.’


Perhaps the strangest, and most pivotal, and mythical moment in his book, occurs in the chapter entitled ‘Cape Range, 2009.’ Winton is alone, looking for endangered rock-wallabies, and comes across a cave. Then there’s this: ‘The cave is the size of a child’s bedroom. Its rear wall is tawny where the ceaseless southerly has reamed it. When I see the roos folded down on their joints in the chalky dirt I give out a little squawk of surprise. But they did not stir. They lie curved against one another, pooled head to haunch in a rest that seems regal, even holy. I pause a few moments, taking it in. Then I step up and squat before them, peering closely. They really do look as if they’re sleeping. But their hides are translucent, like the vellum of medieval manuscripts.’ (192).


Their bodies, it seems, have been ‘mummified by the high desert air.’ Winton’s notions are very dreamy and romantic, but beautiful. The roos are ‘keeping vigil’, high up near the bluff, ‘even in death.’ All this is a world away from his vernacular style of many of his ‘characters.’


He also spends time discussing philosophical issues away from land and nature. Aboriginal issues and what it means to forcibly take ownership of land, and then what he calls ‘The Gallipoli Myth’, both explored in the chapter ‘Paying respect’: ‘…Anzac has been coarsened by the politics of political regression’ (a phrase that, for some reason, makes me think of John Howard); he refers to Gallipoli as a ‘bungled adventure’; images of the first war don’t conjure up ‘nationalistic charge’, but rather ‘tragedy and blind waste’; ‘a life squandered by jingoistic nonsense’; and then, on our fairly recent past, ‘…I feel ancestral shame for the dispossession of this country’s first peoples, shame for the despoliation of their lands and a kind of national shame, too, for the mess my nation helped create in Mesopotamia in recent years…’ This is about as far as you can get from the rhetoric of today’s far right, like Messrs Bolt and Abbott, and completely in tune with the Left, like Phillip Adams and others, who, incidentally, gave a lovely interview with Winton on Late Night Live recently. Winton also, as you might expect, offered a scathing critique of the major parties’ asylum seeker policy on the same programme.


I would love to have a similar attachment and reverence for the land and the sea, like Winton here, like Macfarlane is his beautiful books about Britain and elsewhere. Sometimes I feel I am getting close. Times like when it is dusk on the Great Ocean Road, and I am facing the black sea. Or driving along a winding path in autumn with its rivers of leaves (what Hopkins calls ‘wanwood leafmeal’). Then there was my first time in what has become the land of my heart. I was staying with friends, in winter, at Port Isaac in Cornwall. The little cottage was yellow and was called ‘Wave’s End.’ It was right on the harbour. I would race down, at dusk, bucketed and billowed by roaring winds. Down the cobbled hill, turn right, along an escarpment, down to the raging harbour, waves smashing onto the concrete path, next to an old rusted anchor. And just standing then facing the rising seas, feeling like an old Norseman, seeing the hills on either side, enriched and totally enchanted. 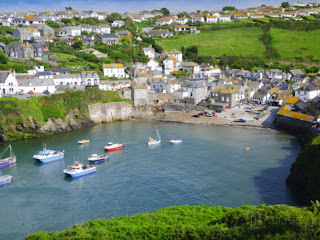 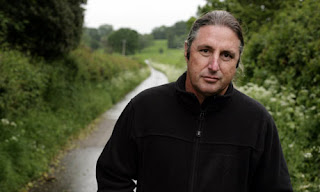 Posted by darren harrison at 2:08 AM