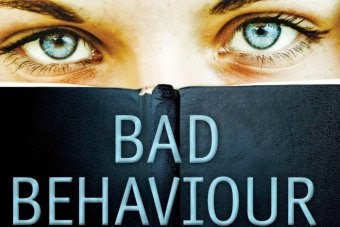 Melbourne author and editor, Rebecca Starford, has published her first book, based mostly on her memories of the year she was a fourteen year old boarder at an elite private girls’ school. She calls the country school Silver Creek, and the account is a horrendous one but very compelling. Someone said it is a bit like a female Lord of the Flies, albeit with mostly hapless teachers roaming around instead of a total absence of adults, and I can see the comparison. Rebecca comes across as no saint- nor either Simon or Ralph-like, but there are rivals to Jack and Roger. Miraculously, in Starford’s memoir, no-one gets killed.


Besides detailing  the most vivid memories of being a boarder in Red House with 14 other girls, Starford’s account is also mixed with other autobiographical side narratives to do with rites of passage and ‘coming out ’, life on holidays with her largely non-supportive family, and more recent years of navigating her way through female friendships and relationships.


The most interesting, and compelling aspects of the account, however, are the chapters about Silver Creek. The reader feels like a guilty voyeur- well,  that’s a bit like how I felt, anyway- eagerly turning page after page to see what other forms of cruelty can be applied to fellow human beings. Portia and her cronies are the main culprits. Starford offers a good account of what the main bullies are like. I imagine them going to their local bookshop and reading about themselves in thinly veiled pseudonyms, saying to no-one in particular ‘did I really do that? was I really that bad?’  To her credit, Starford hardly comes out of it all a saint herself, often complicit in the aggressive and cruel behaviour that is going down, seemingly lacking the confidence not to take part, being coerced, bullied or even being a willing participant in every effort to try and fit in. There is a touch of the smell of blood about it all- that once something weird is going on, it’s hard to detach yourself and be a passive observer.


A girl called Kendall bears the brunt of most of it. She is a fairly shadowy figure whom Starford barely gets to know. It’s a fairly flattering portrait of someone who is stoic, tough and unbroken, despite the myriad abuse that is piled on top of her. The aforementioned Portia comes out of it very badly. The intensity of her bullying is shocking. Like any hardened, despotic leader, she has her cronies who act cruelly in unison or at her prompting, cowards all of them- Briohny, Alexis, Sarah, and a fascinating girl called Ronnie who somehow seems to fade out of the narrative. Starford herself seems to get her moral compass back again towards the end, but there is still this ongoing hint of rebellion, anti-social behaviour which frustrates her teachers who recognise real potential in her, more so than perhaps all the others. It’s very much a feeling that the whole crazy year has scarred the way she sees herself and therefore the way she acts, from her frustrations at being in such a wild and unforgiving jungle environment, to only ever rarely receiving letters from her parents and the difficulty she has in making friends.


So what do these awful girls do? There are some disturbing physical acts of violence or threat, some of it sort of psycho-sexual in nature. It is, as Starford describes, ‘a giant, human turd’ that ends up in Kendall’s suitcase. Portia didn’t do this, she merely dared Sarah, which somehow makes Portia think she is absolved from the whole thing- ‘Sarah did a shit in the suitcase, not me. It was a joke, a dare. I never thought she’d actually do it.’ Some of the more innocent sounding pranks might appear in any number of boarding school memoirs- running around dorms late at night naked, stealing alcohol from a hall, horrible nicknames, peer pressure to break rules, telling girls where they can and cannot sit… and then there’s events like this one, perpetrated against Rebecca- ‘They hoist me up by my underwear, lifting me clean off the ground. The pain is awful, burning between my legs. I start thrashing, arms and legs flying about, and I manage to kick Portia in the shin. They drop me.’ Later that night Rebecca feels ‘icy fingers at the band of my pyjamas’ as she climbs into bed’, the seriously disturbed culprit being Portia. In some ways the act of violence perpetrated against a teacher’s young daughter is the most shocking when she is padlocked inside a tiny crate…

The tile ‘Bad Behaviour’ obviously applies to Rebecca, Portia, Sarah and in fact the large majority of girls. It could also apply to how Starford’s parents feel about her emerging sexuality, the way she keeps being transported to the hell hole at the end of each holiday at home, a couple of the teachers whose attitudes and performance leaves question marks, but ultimately the school or governing body itself, that allows an institution like this to exist, where so many girls can become drunk with their own power and unashamedly inflict harm on other people. Silver Creek is the sort of place that should have been shut down at the start- or at least, its enrolments better screened to ensure that maniacs with personalities like Portia never get near the front door. Starford leaves the reader wondering about what sort of permanent psychological stain the whole experience may have left on her. And as for what Kendall is like now, God only knows.


There are a number of changes in narrative throughout the memoir- the action at Silver Creek, Rebecca at home with her family and on holidays, Rebecca in more recent times dealing with her sexuality, going back to Silver Creek after the events, filled with trepidation… the list goes on. The shifts are welcome to add variety to the telling of events, but they are sometimes incorporated awkwardly. When the boarding school experience is all over, you feel an immense sense of relief for a number of ‘characters’, as you do at the end of ‘Lord of the Flies.’ But the memoir continues with a kind of post-Silver Creek narrative which to me doesn’t really seem necessary. After everything that’s come before it, Starford’s latter experiences, including breakups with girls, trying to make friends, problems in share accommodation, struggling to connect with parents, and navigating the adult world, all of it seems sort of normal and underwhelming, like  it should have stayed in her personal diary. It’s the first two thirds of the book I will remember more, even the positive glimpses into camp life and rural settings, and her love of nature that inform us that boarding school could actually be a worthwhile thing:


‘What an exquisitely beautiful place we live in. I sit back, suddenly teary, overwhelmed by this mountain and this dishevelled land. I never expected this- this love. I take a deep breath, the crisp, clean air filling my lungs, and it feels like I’m also washing away all the grit and sweat and dust.’ 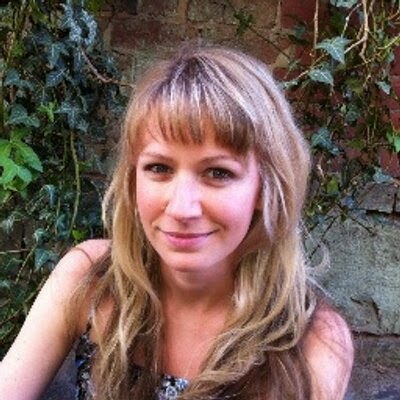 Posted by darren harrison at 3:00 PM