FINAL HOURS- A MEDITATION ABOUT THE SEA 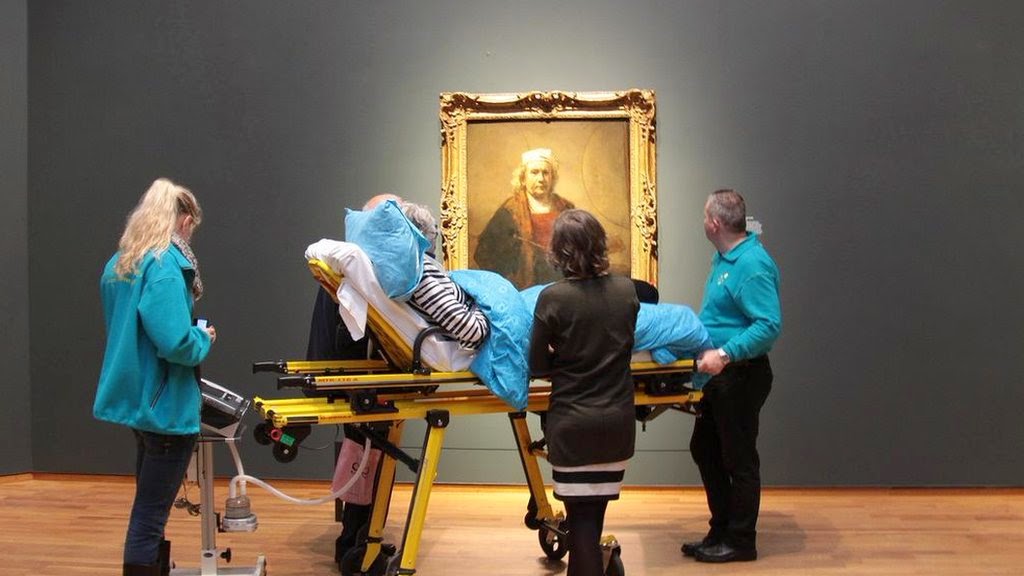 I saw a photo recently that captured my attention. An elderly woman lies on a bed in an art gallery- as it happens it is the Rijksmuseum in Amsterdam. She is mostly obscured, but the viewer can see the tell-tale wires and medical supporting paraphernalia attached to the bed. The sheets and pillow are of that creepy blue hospital colour. She is flanked by medical people and a woman who looks a bit like a gallery guard or curator. Their backs are to the camera and they are looking intently at a famous Rembrandt self-portrait. There are floorboards on the ground and the painting sits on a barren slate-grey wall. The woman’s bed is organised in the way hospital beds can manage it, with the back half of the bed raised so the woman can receive a good view of the picture.


The article tells us that the woman is visiting the exhibition as part of a final wish that has been granted to her. A Dutch charity has been helping people realise their final wish before they die. In the case of the woman in the picture, she has terminal cancer.


It got me thinking about final wishes. I think the idea of seeing great pictures for the last time is a great idea, or would be for me. I would choose a final visit to the Van Gogh Museum in Amsterdam, or the Munch gallery in Oslo, or perhaps the Mauritshuis in The Hague.


Maybe for me it wouldn’t be about pictures at all. It might be to meet a famous person I admire, if they would allow it. Drinking tea in Joni’s kitchen in Bel Air Los Angeles, or beer with Van Morrison in a pub in Orangefield. Visiting a place I have always wanted to see. Where Lawrence lived in Taormina, Sicily. Perusing the Sylvia Plath manuscripts at the Lilly Library in Indiana. Closer to home, Katherine Mansfield’s treasures at the Alexander Turnbull Library in Wellington, New Zealand.


I went away this last weekend with the family. It was to a YMCA camp at Anglesea. I thought about the picture when I went for a run. I ran down to the main back beach at Anglesea, just at the back of the big car park there. I was almost alone. The weather was cool but invigorating. Not swimming weather, but great running weather. There were two forlorn life-saving flags at one end of the beach, mostly uninhabited. Some people wandered along the coastline taking photos with their dog. A few people were scattered in the water wearing wet suits. I ran along a stretch of soft white sand at the east side of the beach. The landscape curved around there a bit like the mouth of a bay does. The tide was coming in, fast. I had to jump the incoming water after the waves crashed. I watched the water unfurl as it landed on the flat, like a flower slowly turning. The sky was grey and slightly moody, and it was reflected in its coldness by the surface colour of the sea. I thought briefly of the famous picture of ‘A Monk By The Sea’ by Caspar David Friedrich, and then that photo with the Rembrandt painting again. Standing there, breathing heavily and filled with sweat, I was also thinking about the Van Morrison song ‘Coney Island’, and how it ends with ‘Wouldn’t it be great if it was like this all the time?’  Here is one of the great views of our time, as good as anywhere in the world, and it is only about two hours from my home. I stood marvelling at that encroaching water, that cool blue-grey sky, and the surf endlessly unfolding, the pale yellow sand, the colours and music of the sea, and felt so much in awe and so incredibly free. 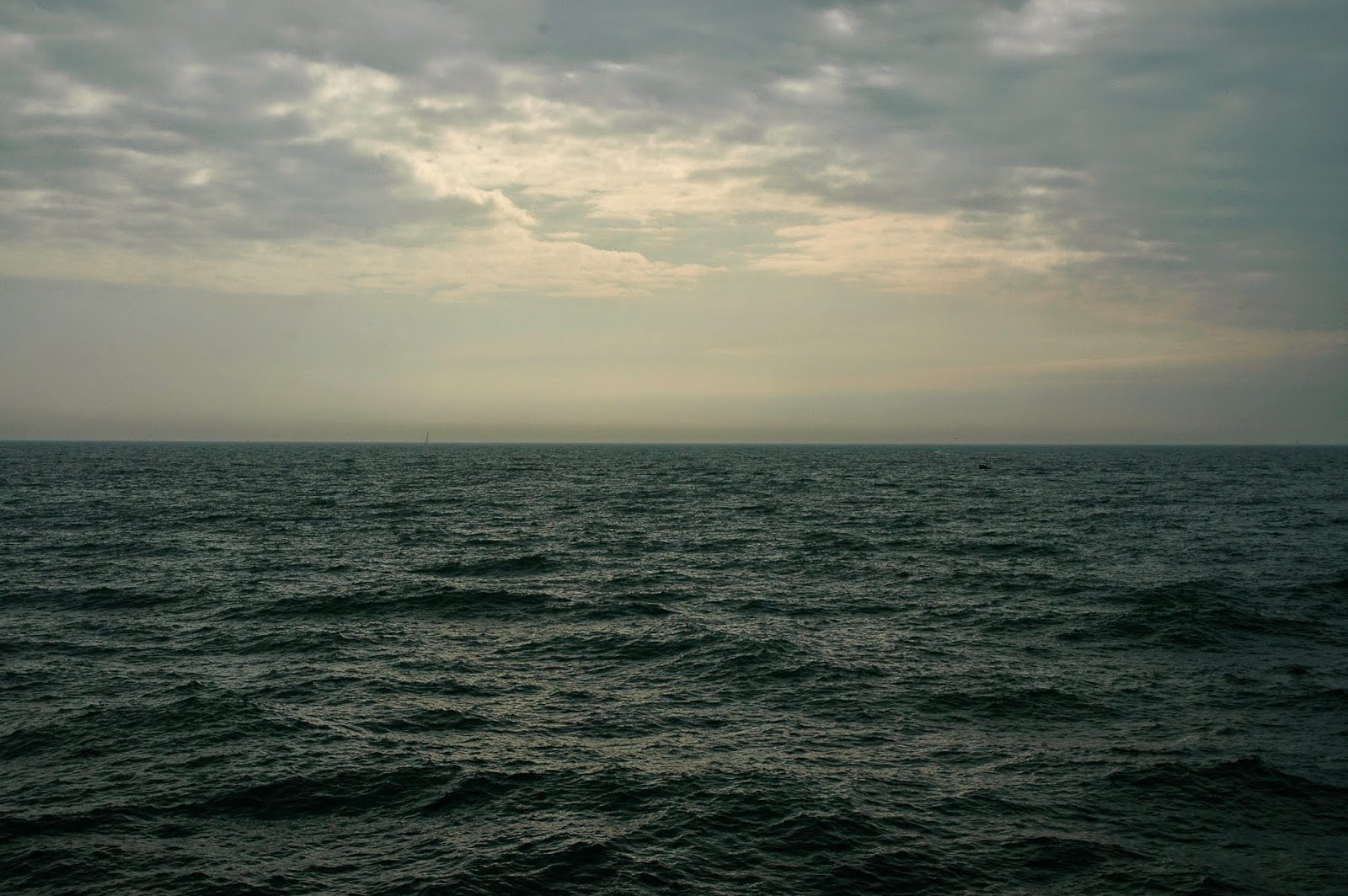 Posted by darren harrison at 5:09 AM

You have expressed some of the reasons why I visit this place about 6-8 times every year and plan to retire down there. Nice post.