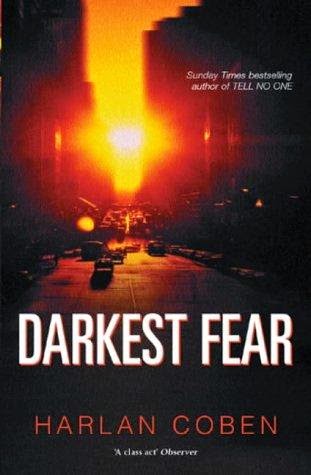 
I HAD the good fortune to win a book prize recently at the local library. When you win books you don’t usually get the chance to choose which books you’d like to have. These were paperbacks and most of them didn’t look interesting at all.


The chunkiest was a book that featured a city street scene on the cover. Cars travelling along a busy highway driving into a rich, golden sunset on the horizon and at the top of the book. In big letters ‘Harlan COBEN’, and near the tabloid title- ‘DARKEST FEAR’, the words ‘A Myron Bolitar Mystery’ underneath.


There’s at least two schools of thought. One says it’s not worth reading fiction like this- it takes up too much precious time and alternatively you could be reading something important or life changing- like a ‘Catcher in the Rye’, this kind of book, which is more or less what a friend said as we walked through the gates at work one morning last week. For some, this would be a snobby, or bourgeoisie response.


The other school of thought says, ‘no, give it a go- it’s good to read something different- you might find it’s more interesting and better written than you thought. You might even find that you are more involved in this, than you are with books like ‘Catcher in the Rye’, or ‘The Grapes of Wrath’, or whatever it might be. This seems to be a more daring and fresher and more exiting approach to reading.


Well I finished it the other day, realising pretty quickly that Harlan Coben is a popular crime author in America who sells a lot of books. The Guardian called his last one a ‘thriller to stir the heart.’ So I knew what I was in for and happy to take the plunge. Then I discovered that ‘Myron Bolitar’ is a well-known protagonist that has featured in other Coben books. It didn’t seem to matter, but this book is a sort of sequel as it charts the life of this wacky and inventive sports agent.


In this particular book, Myron finds out he is the father of a young man from a previous relationship several years ago. What’s more, the young man is dying and desperate for a bone marrow transplant. The former girlfriend has asked Myron and his eccentric team to track down a missing donor, which proves to be much more difficult than it may sound. His party use all their wile and ingenuity to track this person down, and along the way get caught up in a kidnapping spree, dealings with the FBI and dangerous criminals and an unhinged wealthy family.


I enjoyed the story, implausible as it is, for the most part. It rarely takes itself too seriously and there is a lot of laid back humour and interesting cultural references, as well as verbal sparring that is witty and inventive. In fact, Coben does dialogue very well, and he probably knows that because there is a lot of it. The plot itself is engaging and the action is fairly frenetic.


There lies the rub. I got sick of it. How frustrating it is to kind of enjoy a book for the first 200 pages or so, but become a bit sick of it, so the last 60 pages or so drag so you find yourself skipping bits and in the end you don’t really care what happens- not to Myron or his loony associates, not even the young sick boy called Jeremy Downing. Feeling lukewarm about all the characters does not help much. And the plot became a bit stupid and convoluted, with its snaky twists and turns everywhere, which might be a hallmark of modern crime fiction but is not for me (I have just realised how much I enjoyed the more subtle Agatha Christie as I grew up).


Only really two bits grabbed me forcefully enough so I might remember them. For a good novel- and Alex Miller’s ‘Coal Creek’ is the last good novel I read- there might be 20 or 30 bits.


Two thirds into the story Myron visits his ageing father: ‘His father put his head back down, the gray wisps upright in the humidity, his breathing tool-work heavy, and Myron again felt something open up his chest and grab hold of his heart. He looked at this man he’d loved for so long, who’d gone without complaint to that damn muggy warehouse in Newark for more than thirty years, and Myron realised that he didn’t know him. He didn’t know what his father dreamed about, what he wanted to be when he was a kid, what he thought about his own life.’


This is the kind of stuff worth reading and remembering. Not the FBI car chase, the race against time, the avoidance of the bullets.


A bit later Myron says goodbye: ‘When he hugged his father goodbye, Myron again noticed that his father felt smaller, less substantial. Myron held on a little longer than usual. For the first time he felt like the bigger man, the stronger man, and he suddenly remembered what Dad had said about reversing roles. So he held on in the dark. Time passed. Dad patted his back. Myron kept his eyes closed and held on tighter. Dad stroked his hair and shushed him. Just for a little while. Just until the roles reversed themselves again, returning both of them to where they belonged.’


Wow. Talk about a little too close to the heart. It’s funny how good fiction can hit a nerve somewhere. So you can see Harlan Coben can write. It’s just that the thriller/ mystery/ clever twists part of submerges a lot of the poignant stuff.


The end is also interesting and pretty sad. Myron has been to such great lengths to rescue his boy from certain murder, including putting his own life in the firing line on many occasions, just because he feels this fatherly pang, even though he didn’t even know his own son. Myron absolutely wants to be a big part of this boy’s life and make up for years of something far worse than estrangement. He digs away, only to receive this reaction:


‘But’- Jeremy stopped, looked up, shrugged the shrug of a thirteen-year-old- ‘but maybe you can still be around.’


Coben captures the difference in depth of feeling beautifully. You could say that he has the potential to be a remarkable writer. 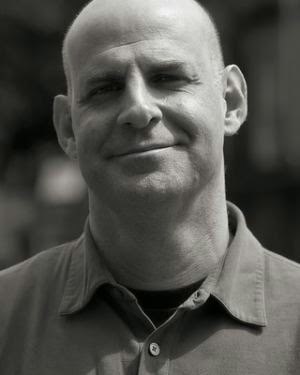 Posted by darren harrison at 3:21 AM