SONS AND LOVERS IS A HUNDRED YEARS OLD

SONS AND LOVERS was first published in the early months of 1913. The Lawrence’s were living on Lake Garda at the time. It must have been of some relief to Lawrence. It was many years in gestation, and featured any number of drafts. Lawrence’s former fiancée, Jessie Chambers (Miriam in the novel) was a heavy, early influence. She read and commented on many of the drafts. Later she lost a lot of influence when they became estranged after Lawrence became engaged to Louie Burrows who knew Jessie Chambers, and especially diminished when Lawrence met his future wife, Frieda. Frieda helped Lawrence see his past in a much different light. Sometime later Lawrence would admit that he was under the influence of his mother too much, to the extent that his ‘memoir’ of his boyhood struggles did a disservice to his father and his father’s relationship with his family. It must have come as quite a shock to Jessie Chambers when suddenly, one day, through Louie Burrows if I remember correctly, she was told that Lawrence had eloped with a German woman (not far from the start of the first war). The Lawrence of her girlhood and his boyhood, as traced throughout Sons and Lovers, was much altered.

The first book I ever read about Lawrence was a pictorial biography written by the celebrated champion of Lawrence, Keith Sagar. It was when I was living in Wangaratta, and I visited the local newsagent in search of something new. The account of Lawrence’s family and upbringing, the closeness with his mother, the hatred of his father, the death of an older brother, the struggles with women and the frustrations of sex, the love of languages and learning and nature, the boyhood joy of going to the rural property, ‘The Haggs’ to see Jessie and her family- this was the stuff of wondrous excitement for me and it left me hungry for anything Lawrentian, which still carries to a certain extent to this day. The next logical reading excursion was ‘Sons and Lovers’, and here to my great surprise was pretty much the Sagar story retold with a protagonist called Paul Morel, and a girlfriend called Miriam. The rural property was there, the massive mother influence, and the frustrations with sex and fascination for all birds, beasts and flowers- it was all there amidst incredibly vivid, psychological writing. 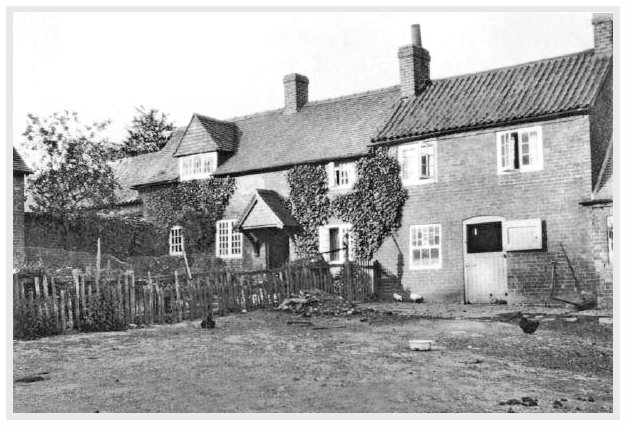 I went to England in 1987 and stayed the night at a YMCA in Nottingham. I spent the day in Eastwood where Lawrence grew up and wandered the streets, found the various houses he lived in with his family, saw the family graves at the local cemetery, and visited the local library to see their Lawrence display, which constitutes some of the lovely homage that Eastwood pays to its most celebrated citizen. I returned again in 1993 because I couldn’t get enough of it and did much the same thing- lots of wandering along the snowy footpaths and going to the Lawrence Birthplace Museum and bypassing the tacky ‘White Peacock’ café opposite. My most recent trips were made in 2002-2003. I was living in England at the time. I packed the car, and with my wife I drove to Nottingham city centre randomly in search of a job and a house to live in. For the next 2-3 months, after settling eventually in Old Basford, I found myself within easy driving access to Nottingham University to see the Lawrence collection at the library, and what’s more, Eastwood itself, so I could make many trips to the library, the museum, the wooded areas surrounding The Haggs, the four houses the Lawrence’s lived in, and the pub that Arthur Lawrence frequented. This was real ‘Sons and Lovers’ territory and it brought the wonderful book to life. I imagined the lucky students in neighbouring counties like Leicestershire, and Derbyshire, and even Yorkshire, going to Eastwood for school excursions whilst studying ‘Sons and Lovers’, and witnessing the respectful painted trail along the small city’s footpaths that follow in Lawrence’s former footsteps.

Last night I finished Geoff Dyer’s enigmatic ‘Out Of Sheer Rage’, which was supposed to be a book about Lawrence, but ended up being a book about writing a book about Lawrence. Much of it is intriguing, although admittedly I skipped certain sections, my eye alert mostly to the passages about the author. It is a book that I wished I had written- the pilgrimages to the houses lived in, the fun of following the blue line trail around Eastwood, ruminating on the fabulous letters and the best books. It is a good book to read on the hundred year anniversary of Sons and Lovers. And now that I’ve finished it I’m going to go back to the book published in 1913, about a boy and then a young man visiting The Haggs farmhouse, wondrous and lit up inside. 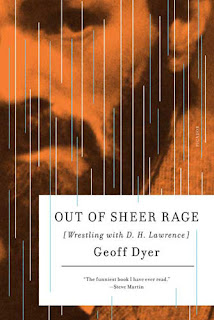 Posted by darren harrison at 4:39 AM