The view of the street from your window pane

VAN MORRISON’S highly underrated record of the early 80’s, ‘INARTICULATE SPEECH OF THE HEART’ featured a catchy tune called ‘The Street Only Knew Your Name.’ In the song Van sings about the streets of his childhood, a theme he eludes to time and time again. We can deduce a lot from his time growing up in Orangefield, East Belfast, from this particular song: 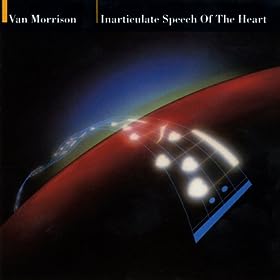 It makes me think about my own past, my suburb and street in particular, and the house which my parents still inhabit, who knows for how much longer. The house is in a bit of disrepair, and the backyard is largish. A good recipe for future flats.


Chauvel Street, Reservoir, is a reasonably long street with ordinary suburban houses on either side. My parent’s house is next to the corner at the northern end. The road is not too busy, so we could play tennis on the road many years ago. Also football games where the goals were the space between the gap in the front fence at the top of the driveway. There was also chalked-in hopscotch if I recall correctly, outside the front fence, pre-teen.

There were families on all sides and around the corner. My gang, growing up, played cricket in the summer diagonally opposite on the corner across the road, where Chauvel Street ends in a ‘T’. None of us were very good, although I considered myself excellent at the forward defensive block. Most of the time it was amicable, but Wayne had his moments. He was a bit older than the rest of us, but not quite an adult. Unemployed, he drank quite a lot, Coke especially, wore a ‘Far Canal’ t-shirt that made our eyes pop out of our heads, and even had tattoos (way before trendy women got them). He also had his own Stuart Surridge cricket bat. We only had one bat at this time. We were supposed to run with it after a single, and hand it to our partner to face the next ball. However, I continually forgot, and would drop the bat after I took off like a hare for the single. Wayne would tolerate it a couple of times, but by the third time he completely lost his temper after having said, twice, “don’t drop the bat!!!” He marched aggressively to the middle of the wicket, grabbed the bat, and stormed over to the nearest telegraph pole. Here he smashed his precious bat into several pieces, splinters flying everywhere, announcing with venom “right, now no-one’s going to play!” This is just one memory of Wayne. Most of the time I was in a kind of awe of him, and felt a certain gratification every time he spoke to me, even though I knew I didn’t want to turn out like him.

I felt very differently about little sister Leanne.  I say ‘little’, although she was slightly older than me, and freckled and probably quite plain, but I found her enchanting all the same. Looking back I think I sort of fell in love with her, from the ages of about eight to thirteen, if that’s possible, when we were close.


The sibling I saw the most of was Craig, the youngest in the family, but not much younger than me. Craig looked up to me for my supposed academic ability (I went to the high, he went to the Tech), and I liked him for his sturdy character, his mischievousness, and above all because he was happy and uncomplicated.

That wasn’t all of the ‘A’ family. An older sibling with glasses I had little to do with, and two parents that did fix themselves firmly in my mind. Mrs A was a stay at home mother, unhappy, suffering, struggling, but always polite. Her husband was a plumber whose life, it seemed, was out of control. He would get home from work late, often roaring drunk, and agitated like an abusive Roddy Doyle character, and take it out on his poor wife. The language was obscene to my tiny, innocent ears, and I wondered how the children coped. There were times when there was yelling and screaming, and the smashing of plates, whilst Craig and Leanne and I were in the bedroom playing Monopoly. Manic disturbances would erupt from the lounge or the kitchen, meanwhile Craig or Leanne would roll the dice, simultaneous pleasure etched on their faces, as they landed on Mayfair or Park Lane exclaiming “I’ll buy it!” I was bewildered.

So the three diverse and intriguing ‘A’ siblings would lounge about at night and on weekends on the street corner where our beloved bitumen cricket pitch was. Other sons (not daughters) would frequently migrate there, including the Italian boy Luch, whose mother would scream out something about ‘mangiare’ around dinner time every night. I guess my mother must have called me for dinner as well, except sometimes I would sneak out after the rest of the family were in bed. Late at night the ‘A’ clan were still out there. They didn’t seem to be encumbered by rules. I would pretend to go to the toilet. The loud flushing sound would drown out the sound of the key scraping in the back door lock, and I was away, for hours at a time. One time my father also went to the toilet this same night, and must have checked the back door and discovered it was unlocked. I had to go around to my bedroom window at the back of the house. I shared this with my brother whose sleep I disturbed. He promptly woke the whole house. Mother was in a state of semi-rage.

The other pleasant memory in regards to the corner gang was the times when I would be home, engrossed in adolescent reading, and I would stream out the front door in an exalted mood, full of news of the book I had just read, eager to tell my generous, expectant audience. The ‘A’ family didn’t read much, but somehow they found the fact that I did, interesting in some way. One time I specifically remember it was ‘Ten Little Niggers' by Agatha Christie. A tremendous story to re-tell, almost like you were entrapped on the island yourself.

The reading of books was a little one-sided, but we were all music enthusiasts. It was Suzi Quatro V Melanie, and I was hopelessly outnumbered. ’48 Crash’ seemed brash and discordant to me, much preferring the lyrical softness of ‘Little Bit Of Me.’

I received my first pushbike, a metallic coloured Malvern Star, when I was thirteen. I was an eager frequent flyer around the streets of Reservoir, whizzing by in my brown cords and any number of Miller shirts I owned. I had a little tool kit I never quite mastered, and loved the bold, black tape on the curved handlebars. I once lost my head and rode all the way to Brunswick. I rang my parents pretending I was lost. The real reason I rang was because I wanted them to share my awe of riding as far as Brunswick. The fastest I rode was down the hill on Rosenthal Crescent, from the massive roundabout that connects Hughes Parade. Reckless and dangerous, a kind of bungy jumping of its time. Nowadays I would be second guessing emerging cars.

The only shops in the vicinity of Chauvel Street were (and still are) the ones in Gellibrand Crescent. The shops there have changed so much over time. There was a fish’n’ chip shop way back when, two rival milk bars, and a service station on the corner block which is now a kindergarten. Each little shop featured its own little intrigue. The first milk bar was my preferred one. Craig and Leanne and I used to buy a bottle of milk and ask the shopkeeper to open it and pour some flavoured topping into it. We had an early and delicious version of ‘Big M’ before ‘Big M’ even came out. We also gorged ourselves on lollies, icy poles and football cards. Sunnyboys were a favourite. Sometimes, like a mild version of the lucky ticket in ‘Willy Wonka and the Chocolate Factory’, there would be gold writing inside the Sunnyboy telling you that you had won a free one. They were very generous with their give-aways in those days.

I loved being out on the streets. I felt free and the conversations were always buzzing. It all ended, for me, when I got to about Year 11. I had my first girlfriend then, living in a completely different part of Reservoir. She and I were inseparable, and I forgot all about the Luch and the ‘A’ family. I guess they survived without me.

Posted by darren harrison at 2:32 AM