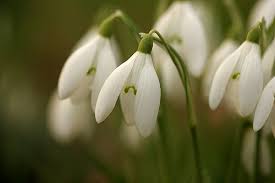 TODAY, whilst walking around the neighbourhood with A (three years old), I was reminded of some beautiful passages from the Welsh short story, 'Snowdrops', by Leslie Norris. In this story, the writer cleverly evokes the wondrous and innocent world of a young boy who is observing the world around him with a sense of wonder. He bites on a bacon sandwich and marvels at the extraordinary, new taste he has discovered. He listens, fascinated, to his friend's corny jokes- 'which rope is the biggest in the world? Europe.' He stares at the snowdrops growing in the school garden, marvelling at their strength in the blustering wind. He takes an interest in his brother playing with his porridge. He feels a great sense of pride when Miss Webster sticks his picture of the proud robin on the classroom wall. He is fascinated with his mother's knitting as he watches the pullover magically grow behind her fingers. But it is the snowdrops above all else that excite him: "He had known all the time that Miss Webster would not forget, and at last she was taking him to see the miraculous flowers." There is tragedy in the story, too, a motorbike accident, and a grieving Miss Webster, which is beyond the boy's comprehension.

It was during the walk this morning to the post office with A that I was reminded of this story. We held hands all the way, and she swung her body away from me from time to time as she likes to do. She even wrapped herself around a pole for the fun of it. She let go of my hand and gambolled excitedly ahead when we got close to our home. I kept walking, pretending I didn't know we were home, and she found this thoroughly amusing. We looked for cats and dogs but didn't see any. We did see some birds above, on a wire, though. A noisy motorbike received her attention. She was thoroughly excited at the prospect of being lifted up so she could place the letters directly into the mailbox. In the post office she enjoyed looking at what was on display, and thought the Christmas stamps were lovely. But best of all she found a live snail on the footpath in our street. She bent down and watched it craning its neck helplessly. She speculated as to where it might, slowly, be going. And she peered intently at the intricate markings on its brown, fragile shell. And touched the shell lightly. I was fascinated by the shell too, but was taught this fascination, by her. There were letters in the letterbox- another great joy. 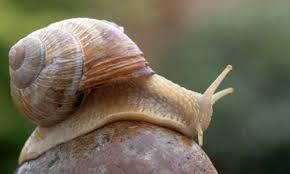 It brings so much pleasure. Then I heard someone say on the radio that we should be letting asylum seekers on boats in our waters drown, rather than rescuing them.

Posted by darren harrison at 1:45 AM