THE days between Christmas and the New Year are some of the best, when many people are in slow motion and not so desperate it seems- desperate to get to work on time, desperate to be in the shops, desperate to catch public transport and be home in time for dinner. The weather in this part of the world at least is warm and makes you dreamy and sleepy. It's a lovely time for slowing down enough to have a sleep in the middle of the day, have your house painted by someone else, catching up on who Phillip Adams has been talking to and watching cricket and reading new things. I have been doing all these things the past couple of days and don't really want it to end. 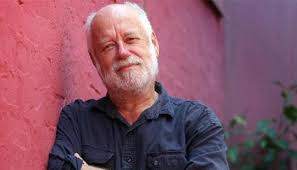 Phllip Adams spoke to the biographer of a new book about Shostakovich: 'Music For Silenced Voices: Shostakovich and His Fifteen Quartets' by Wendy Lesser (Yale Univ Press 2011). It was a lovely, revealing interview, covering all the turbulent times in Shostakovich's history, especially his precarious relationship with Stalin, and the threat of the Great Purges of the mid 1930's. Shostakovich, it seems, was not a dissident- some have been critical of his 'obedient' stance in relation to Stalin- but the author takes on a more sympathetic approach pointing out the futility involved in opposing someone like Stalin. Many of Shostakovich's friends were killed or tortured during this terrible time, and he had to publicly support Stalin in order to survive.

The interview programme included excerpts from the 5th symphony, which, along with the 4th, was written at the time of the murders, as well as excerpts from the sring quartets that Shostakovich began at this time- the excerpts from the 3rd sounded particularly beautiful. These were the more personal works in which the composer expressed his darker feelings that were not expressed in his more public and more scrutinised symphonies. It has inspired me to listen further to his music and possibly explore his life.

Then the next day I went to the MCG and sat in the sun all day to watch Australia defeat India in the Boxing Day Test. It was one of the more memorable days of attending the cricket for me, becuase I was able to witness some great fast bowling, twelve wickets, and Sachin Tendulkar's final innings in Melbourne. G and I sat in the Ponsford Stand from 10:00 until the end of the test at 5:00. The sun was quite hot, but crept slowly along the rows of seats behind us, until shade reached us by 4:00.

I came home to see that the painters had done a pretty good job and had just about finished their exhausting work.

Posted by darren harrison at 1:45 AM