How Has Keith Richards Managed To Stay Alive For So Long?

JUST finished Keith Richards' autobiography- 'LIFE'- aptly named because it is a fascinating one. I've never had a lot of interest in Keith Richards. I like The Rolling Stones, but nowhere as near an attraction for them as ,say, The Beatles or The Doors. I would have looked at the photos in the book if I saw it on a table in Readings, but would never have bought it. So it was with marginal interest that I agreed to take it home when a music teacher friend of mine lent it to me last month. 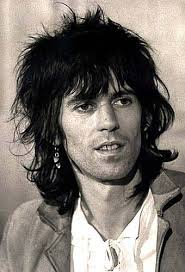 I'm glad I did take it home because it's been a fun read, especially good for that period between 9:00 and 10:00 at night when the television is junk as usual. Richards is a good writer, and he captures your attention from the start by avoiding the usual 'crap' David Copperfield opening that Holden Caulfield despised. Instead he takes us to Fordyce, early seventies, deep in the south of the United States, 'hillbilly country' a'la Easy Rider. An amusing account of trouble with the law and trouble with the locals. Fordyce and a drug laden Keith Richards and Co make an interesting combination. Apparently there were even drugs hidden inside the panels of their car.

Richards doesn't hold back with sections of his book involving tense periods with Mick Jagger, the expected encounters with female fans, a monotonous multitude of drug-related stories, and relationships with Anita Pallenberg, the making of songs and records, and the regard he has for many mostly black musicians.

He desribes the emergence of the Stones in an interesting passage, in which in 1963 he realised they had something when their crowds were getting bigger and riots were occuring at their concerts. Fans weren't listening to songs. Ordinary singing and guitar playing went unnoticed. The entry and in particular the exit strategy became the most complex and troublesome event of each gig.

I always thought for some reason The Beatles and The Rolling Stones were major adversaries and had little involvement with each other, but apparently I am wrong. There is a lovely passage in which Paul McCartney makes a series of visits to Keith Richards' home in the early 90's. They discuss amongst other things the old days and I am sure there would have been a lot of respect for each other. The Rolling Stones admired The Beatles for their harmonies and sheer songwriting abilities. The Beatles in turn admired the Stones for their refusal to compromise and their anti-authority atttude. It disgusted Keith Richards that The Rolling Stones became more and more mainstream, especially the greatest insult of all when Mick Jagger became 'Sir Mick.'

Brian Jones also features prominently until his death, and Richards continually pays out on him for his arrogance and insecurities. Mick Jagger cops it a lot for his insecurities as well. Richards felt that Mick didn't like it when Keith formed strong bonds with male friends like Gram Parsons. And he is scathing of Mick's solo ventures as well.

All up it is a riveting read. But I come away from it, not with a lot of admiration for somebody who has had a huge number of drugs and a fair share of sex as well. But I guess for his bold as brass telling of an interesting story, and his unconventional and enigmatic approach to life. Much the same probably as someone like Jim Morrison. However he died at 27. So how has Keith Richards managed to stay alive for so long? 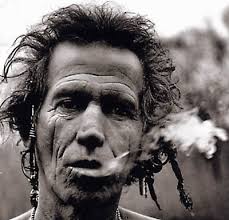 Posted by darren harrison at 2:45 AM