An old friend of mine has taken on this challenge whereas you nominate a song a day for 30 days running based on a different category each day. Not surprisingly it’s called the 30 Day Song Challenge. Now I haven’t got the time or the inclination to do this for 30 days running. There are also a number of categories that I couldn’t possibly fulfil- I mean, ‘a song that you often hear on the radio’? I don’t listen to music on the radio. ‘A song that you can dance to’??! I don’t know any song that I cannot dance to. Some of these categories are decidedly dull, so I will add a few of my own. Because I love music so much, I can’t resist the challenge, but I will complete them all over one day instead, and settle for 20 songs.


day 01 – your favorite song- I guess it is probably ‘Amelia’, Joni Mitchell, but because I have already mentioned this for an earlier blog, I will nominate Van Morrison ‘Astral Weeks’ instead, because it has the rawness of an early song (it is in fact the first song on Van’s first solo album), and it takes you into a completely different stratosphere, just like Holst’s ‘Planets’, if you close your eyes and allow it. Listen to the section near the end of the song where the singer repeats ‘I’ve got a home on high..’ as his voice soars and astral planes, if you like.
http://www.youtube.com/watch?v=4ech6pZoBJ4


day 02 – your least favorite song- I have tried to think of the worse song from a band or singer that I love (to legitimise this silly category a bit), and I have come up with ‘What Goes On?’ from The Beatles ‘Rubber Soul’ album, one which they mercilessly threw Ringo Starr’s way, to make it even worse. Yes this song is probably worse than ‘Revolution No.9’ (White Album) which at least has novelty value. I don’t like ‘Octopus’ Garden’ much either, for that matter.
http://www.youtube.com/watch?v=fgAa9Y8SIIY

day 03 – a song that makes you happy- The Beatles again. This time ‘Rain’. I love the bass, the drums, the carefree words. And the fact that it is slightly obscure because it was only a ‘B side’ and didn’t appear on any albums. ‘Street Fighting Man’ by The Rolling Stones is also great fun.
http://www.youtube.com/watch?v=MPjDMZiuhbQ      http://www.youtube.com/watch?v=8wKEzHXVPE4 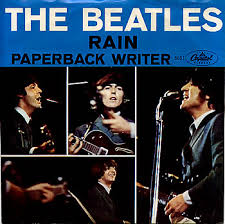 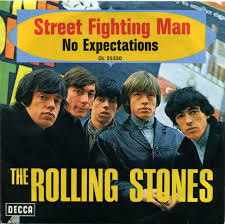 day 04 – a song that makes you sad- I’m not sure if I have heard anything much sadder than Johnny Cash singing ‘The Evening Train’, especially if I link it fancifully with his beloved June Carter Cash who died sometime around the time the song was released? …..include lyrics…It’s not just the lyrics- the arrangement and his voice is so sad, sad, old and sad.
http://www.youtube.com/watch?v=8s83x9OU5Zk

day 05 – a song that reminds you of someone- the first time I ever heard ‘Sexual Healing’, and possibly Marvin Gaye himself, was a revelation. It was outside my parents’ house in Reservoir nearing dusk on a warm summer night. I was in love with the beautiful dark-haired Irish/ Indian girl next to me. She had this new wonderful contraption called a ‘Walkman.’ It actually enabled you to listen to music in a completely portable fashion as you walked along the street. The novelty of the contraption, the beautiful melody in the song itself, and having C standing next to me, was an experience that was just about too much.
http://www.youtube.com/watch?v=cVpzSaNpErY 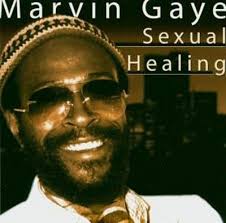 day 06 – a favourite song about an apocalypse- this is hands down ‘The End’ from The Doors first album- that rawness of something new and fresh again. This is a song that was worked out properly during live sessions in 1966, and one night in LA apparently, Jim Morrison threw in the Oedipal section for the first time that mesmerized the rest of the band, and probably the club’s patrons. It’s the words, the percussion, the eerie guitar, and the beautiful clear vocals.
http://www.youtube.com/watch?v=ZDN9y2vTdUs


day 07 – a song that you enjoy singing to the children as you hope they will fall asleep- for some reason Simon and Garfunkel’s ‘Bridge Over Troubled Water’ always tumbles out of my mouth on this regular occasion. The lyric beginning ‘Sail on Silvergirl, sail on by, your time has come to shine, all your dreams are on their way, see how they shine…’ is a wonderfully optimistic thing to sing to a child. And it is such a great song to sing anyway. Simon & Garfunkel must have a funny effect on me- if the kids falling asleep becomes a slow, painful experience, then ‘The Boxer’ tumbles out as well.
http://www.youtube.com/watch?v=H_a46WJ1viA           http://www.youtube.com/watch?v=AdKjEHfHINQ 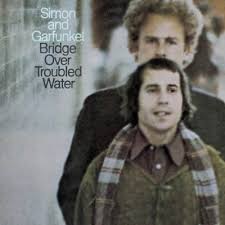 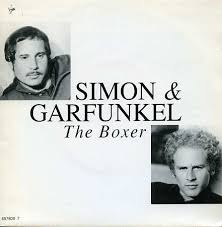 day 08 – a favourite song that is about the death of the singer’s father- ‘New Horizons’ by Justin Hayward is the second song on ‘The Moody Blues’ ‘Seventh Sojourn’ album. The singer’s father isn’t mentioned by name, but it makes sense when you discover who it is about: ‘Well I’ve got dreams enough for one/ And I’ve got love enough for three/ I’ve got my hopes to comfort me/ I have my new horizons out to sea/But I’m never gonna lose your precious gift/ It will always be this way/ and I know I’m gonna find my own peace of mind/ Someday, some way…’ it is a lovely tribute throughout.
http://www.youtube.com/watch?v=iF2__-K8qFo

day 09 – a song that is about the birth of a new child- Tragically, not long before he was murdered, John Lennon wrote ‘Beautiful Boy’ about his son, Sean Lennon, which contained the ill-fated lyric ‘I can hardly wait/ To see you come of age/ But I guess we’ll just both have to be patient.’ It is not a song that Lennon could have written in his time in The Beatles. The maturity of the ideas demands an older, wiser man, in this case about forty. He whispers to his son at the end of the song, ‘see you in the morning’…. Oh.
http://www.youtube.com/watch?v=Z5BBEOjUKrI

day 10 – a song about travel, balloon riding in particular- It isn’t Jimmy Webb’s best song (try ‘Galveston’ or ‘By The Time I Get To Phoenix’), but it is great fun, especially the version by The Fifth Dimension.’ The song is ‘Up, Up and Away.’ Wonderfully life-affirming, great melodies, fun lyrics: ‘We can sing the song and sail along the silver skies..’
http://www.youtube.com/watch?v=HC9yD8YqXYI 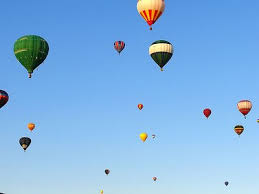 day 11 – a song in which a new version is better than the original- For me, this doesn’t occur very often. The new version of someone else’s song has to be quite different and original in its own way for me to like it. Two examples immediately jump out. The first is ‘Fire And Rain’, a very sad song about loss, that James Taylor wrote and sang well. But the version by Marcia Hines is much better. Much more passion and soul- even though she didn’t know the tragic ‘Susanne’ in the song. The second example is probably a better one. Once again it is Ringo Starr, and that tuneless, bland version of ‘With A Little Help From My Friends.’ Joe Cocker made it more dramatic and mesmerising several years later.
http://www.youtube.com/watch?v=sbQMMapTB40               http://www.youtube.com/watch?v=ijsogLJvBB4&feature=fvsr 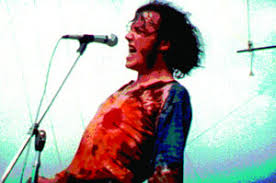 day 12 – a song that is a guilty pleasure- There are many guilty pleasures- guilty probably because people I know would squirm or turn their nose up, in a snobby sort of way. I love ‘Tunnel Of Love’ by Dire Straits- it names some innocuous towns along the Northumberland coast in the UK, and charts the great time Mark Knopfler had visiting them in his youth. I have no idea what ‘Jet’ by Paul McCartney and Wings is about, but I love singing it. ‘You Make Loving Fun’ by Fleetwood Mac is great to run to- is that a guilty pleasure? Perhaps the best example I can think of is the one hit wonder by Benny Mardones? called ‘Into The Night’ for its passionate vocals. It came out during that terrible time for popular music in the 1980’s.
http://www.youtube.com/watch?v=2bpOBAwrFVw 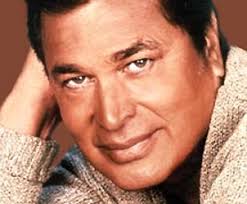 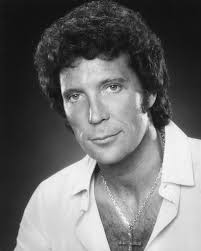 day 14 – a favourite song that is sung and written by someone that is in the twilight of their career- ‘Not Dark Yet’ on Bob Dylan’s album ‘Time Out Of Mind’ is wonderful and moving. His voice is cracking and worn, but much like Johnny Cash near the end, it suits the song perfectly and adds to the pathos of the lyrics…… Surely one of the best songs of recent memory.
http://www.youtube.com/watch?v=RZgBhyU4IvQ&ob=av2e 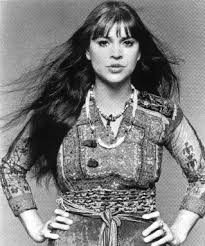 day 16 – a song that you want to play at your wedding- Well, I am already married, and I didn’t have a song, I had a book reading. But if, alas, it happened all over again I couldn’t go past ‘Unchained Melody’ (clichéd choice) or ‘Hymns To The Silence’ by Van Morrison (bit less obvious).
http://www.youtube.com/watch?v=FGbVzqnbZIw    http://www.youtube.com/watch?v=t-idDbIfGvw 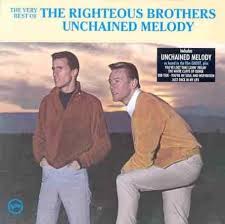 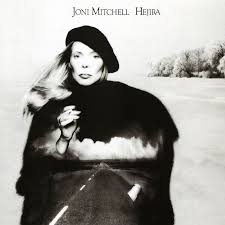 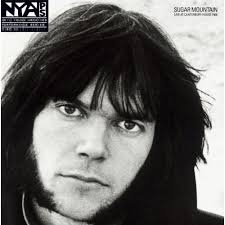 day 18 – a song from your childhood- As a child I seemed to be hooked on Abba, and I still remember ‘Fernando’ when it was No 1 for such a long time, and ‘SOS’ and ‘Mamma Mia’ and ‘Dancing Queen’, and it’s amazing how these songs have never gone out of fashion.
http://www.youtube.com/watch?v=4ohr4P8E_io 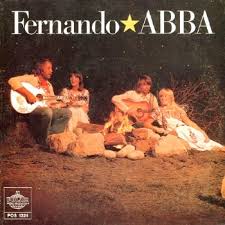 day 19- favourite songs written by someone for other artists to perform- Jimmy Webb is good for this, but I love many Burt Bacharach songs sung by people like Dusty Springfield and Dionne Warwick, and The Carpenters- ‘Anyone Who Had A Heart’, ‘The Look Of Love’, ‘Close To You’, ‘This Guy’s In Love (With You)’, etc.
http://www.youtube.com/watch?v=EhHfcLwEzp0   http://www.youtube.com/watch?v=YyWeWNAr-4Q

A nice variation on the music challenge. I really enjoyed reading these, and of course, was personally touched by many of your stories(one in particular). Hejira is pure poetry,the lyric from Bridge Over Troubled Water is so perfect to sing to children, and Burt Bacharach songs are wonderful. Oh, and I heard Melanie sing at the Edmonton Folk Festival last year and she was much better in her prime.