Randy Newman and the MSO

YESTERDAY the weather was beautiful in Melbourne. An easy breeze, dull sunshine and t-shirts, cardigans, jumpers all on display, which is exactly the way I like it. People wearing clothes they are comfortable in, rather than being dictated to by cold or hot weather. And in certain sections of the city the streets were crowded. A rally of some sort outside the State Library. A mass of people crossing the lights at Flinders Street outside the station. People wandering aimlessly in and out of shopfronts on Bourke Street Mall, and a boy of about twelve rap dancing (if that's still a term people use) encircled by a rug that collected spare change and hordes of people.

And yet, the two places we went to were strangely quiet. I'm not complaining. It made bowling at the QV Centre great fun. It was the children's first time. Then by the Yarra, past Federation Square, we visited the Ferris Wheel. A few people on it, but no queue at all. After a weekend of queuing incessantly- at the Eye and Ear Hospital for eight hours, for example- this was luxury. The girls and I yelled out constantly with our loudest voices- 'we're at the top!'. My wife sat far below, shaking her head, thinking we were yelling 'I want to get off!' 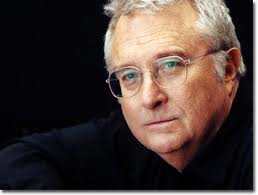 A relaxing time at the Arts Centre, State Theatre as well the other night to see Randy Newman with the Melbourne Symphony Orchestra. I don't know if he's always like this, but Randy Newman had a great time with lots of jokes, mostly self-deprecating ones abut getting older, about marriage, about US foreign policy, etc, etc. A lot of banter between songs and lots of charm. The set started with a track from 'Good Old Boys' called 'Birmingham.' A great start for me because I only know two Randy Newman albums, and this is one of them. The concert featured two other tracks from this album which are really beautiful, which he played with sensitivity and passion. 'Louisiana 1927' is about the great floods in Louisiana at this time:

This song reverberates well with what happened with Hurricane Katrina. Evidently it became a sort of anthem for the new floods and the new struggle for people in this area. The disdain Newman feels in regards to President Coolidge in this song can be transposed to the 90's, and the apathetic response by George Bush. There is a heartfelt clip on youtube.com of this song being played by Newman in New Orleans at this time.

'Marie' is a touching and sincere love song about Newman's first wife. There are strings on the original album, and these two songs were gtreat examples of the way in which the MSO beautifully enhanced these recordings:

And I always will love you Marie.'

'You Can Leave Your Hat On' and 'Short People' (in hindsight a very amusing song) understandably garnered a lot of applause. The middle sections of the concert afforded Newman a break (of sorts) as he conducted some instrumental orchestral suites from films like 'Toy Story', 'The Maverick' and 'The Natural.'


There was a lot of typically wry humour in songs towards the end of the night like 'Political Science', 'Better Off Dead', and "It's Money That I Love.'

My impression then is that Randy Newman is a charming  performer, a talented musician, and the writer of a good number of impressive songs. He is growing old gracefully. It struck me as being fortunate for him that, although being born in the early to mid 40's with contempoararies like Van Morrison, Mick Jagger and Tom Jones, Randy Newman can shimmer and shine softly as he is just one man behind a piano who doesn't have to belt out songs with gusto and perform bodily tricks on the stage.
Posted by darren harrison at 4:43 PM