AT last it is now holidays, and I have squeezed in some time to be re-reading D H Lawrence’s early days, especially his romances, the years from 1906-1912, when, starting in 1906 around the time of his 21st birthday, he began a 150 letters or so correspondence with an important early influence, Louie Burrows.

Lawrence fell in love before he met Louie. His other significant ‘friendship’ during this period was with Jessie Chambers (Miriam in Sons & Lovers). He would visit Jessie and her family at their place in Nottingham called ‘Hagg’s Farm.’ He would always remember visiting the Hagg’s from when he was a boy. It made him feel alive and he had important friendships there with Jessie’s brothers and her parents as well. Mrs Lawrence never approved but the young David Lawrence would walk there from his home in Eastwood, and entertain the family with his wit and intelligence. He would share his love of botany and drawing and literature with the Chambers’ family, in particular Jessie. They would rebound ideas off each other and discuss French, Mathematics, and fashionable philosophers and writers of the day, and those of the past. Lawrence would always be asking Jessie to read books that he had just read, and she, in love with him, would dutifully respond. Then began a passionate friendship that developed further, but Lawrence was always dogged by sexual frustration. Of her time, Jessie, it seems, was a model of chastity. Their sometimes turbulent friendship is portrayed in much of Sons & Lovers in the guise of Paul and Miriam. This book cannot be taken as autobiography, however, as Jessie disagreed with much of it, and felt that she didn’t come out of it fairly or truthfully. It seems that at some point Lawrence knew that it would be wrong to go on seeing Jessie, alone at least. It comes, characteristically, from his mother, that Lawrence decided it would not do Jessie’s reputation, or prospects, any good if they were to go on being seen alone together, as their friendship continued past their late teens.

Lawrence had strong friendships with other women at this time. Some we know less about, like Agnes Holt and Blanche Jennings, others feature in surviving correspondence so we can track their level of involvement. Helen Corke was someone Lawrence met in teaching, and his second novel, ‘The Trespasser’ comes directly out of his relationship with her.

Of all the young relationships Lawrence had, it is the one with Louie Burrows that I find the most appealing. The Burrows lived in a lovely Nottinghamshire village called Cossall (Cossethay in ‘The Rainbow’- the Burrows family appear as the Brangwen’s in this novel). Their house was ‘Church Cottage’, still standing, with Louie’s name on a blue plaque out the front. Lawrence and Louie both trained as teachers in 1902, and both went on to study at University College in Nottingham in 1906 where their friendship was cemented. By late 1908 Lawrence found a job teaching in Croydon (where he would remain until he became too ill to teach in 1911), and Louie’s career path took her briefly to Leicester, and then eventually as Headmistress in a school in nearby Quorn. Subsequently, meetings took place mostly in the school holidays.

Lawrence and Louie became engaged at the end of 1910, six days before Mrs Lawrence died. Lawrence proposed to Louie on the train and considering the extent of devotion that existed between mother and son, one wonders at how rational Lawrence’s decision can be seen. Was this merely just a snatch at happiness, desperate to keep his sad emotions at bay? Perhaps Lawrence wanted his mother to see him as a happy, settled man before she died (notably with Louie, whom she liked, not with Jessie, whom she hated.)


Then came 1911, otherwise known as the ‘sick year’, a year in which Lawrence nearly died of pneumonia. On top of that, Lawrence knew painfully that he was not in a financial position to become married. He wasn’t able to fulfil his own personal expectation of being able to earn 120 pounds a year, with 100 pounds already in the bank.


By the beginning of 1912, as this all dawned on Lawrence, it became clear to him that the marriage was never going to happen. Lawrence’s letters became shorter. The perennial sense of sexual frustration never abated. Lawrence had again chosen a young woman with a strict code of manners. Poems written at this time discuss the repressed desire that Louie felt compelled to enforce:


‘Yet if I lay my hand in her breast,

She puts me away, like a saleswoman whose mart is

Endangered by the pilferer on his quest.’ (from Amores, 1916)


Lawrence also remarked to friends, perhaps in bitterness, that he felt that Louie was too inexperienced, too immature, this due to her unscarred youth. This idea of a lack of self-reliance is portrayed to some extent in Ursula in ‘The Rainbow.’


The relationship between the two began petering out, driven, by the end of 1911, and into 1912, partly by Lawrence’s precarious health. Unsatisfactory meetings continued, until a massive event in Lawrence’s life occurred that would put an end to their friendship altogether. Lawrence met the German wife of his former Professor of Languages and after meeting secretly at Charing Cross Station on May 3, 1912, Lawrence and Frieda crossed the Channel to Ostend to begin a new life together (although Frieda was not committed to a ‘new life’ with Lawrence at this early stage of their illicit relationship).


A couple of letters between Louie and Lawrence were exchanged during 1912, then neither heard from one another again. In the final letter Lawrence wrote to Louie, from Lake Garda in Italy, near the end of 1912, he spoke of the fact that he was ‘such a rotter’ to her, that she always treated him well, that he thinks of her with ‘gratitude and respect’ and that the ‘wrong’ is ‘all on my side.’ Then he comes out with this:


‘I am living here with a lady whom I love, and whom I shall marry when I come to England, if it is possible. We have been together as man and wife for six months, nearly, now, and I hope we shall always remain man and wife. I feel a beast writing this. But I do it because I think it is only fair to you. I never deceived you, whatever- or did I deceive you-? I may have done even that.- I have nothing to be proud of.-…The best thing you can do is to hate me. I loathe signing my name to this. D H Lawrence.’


The final instalment in the story of Louie and Lawrence takes place in Vence, France in March, 1930. The depth of Louie’s affection for Lawrence can be guessed when we see that Louie twice visited Vence to see Lawrence’s grave, this despite the long period without contact. She was at this stage still unmarried and living with her parents in Quorn. Louie did eventually marry in 1940, and retired as Headmistress a year later. She died in 1962. Lawrence scholar, James T Boulton, says of Louie that ‘the wound received in 1912 had not healed in 1930.’


Jessie Chambers also married later, and she too never forgot Lawrence, not even remotely so. This can be seen in her book ‘D H Lawrence, A Personal Record’(1935) in which she states that she always saw in him ‘in the strictest sense of the word, immortal.’ Lawrence, too, always looked back fondly on Jessie and her family, writing a wonderfully tender and appreciative letter very late in life to Jessie’s brother about the unforgettable memories he had of Hagg’s Farm, and that his experiences there would remain with him forever.

It seems fitting that Lawrence ended up marrying the larger than life figure of Frieda Weekley. Some of the strength she must have embodied is suggested at by her preparedness to give up her family for a penniless, struggling author who she barely knew. Frieda had three young children when she ran off with Lawrence. She knew, as her former husband made clear, that this act meant the end of her relationship with them as a mother for the foreseeable future, maybe forever. She offered so much to Lawrence that the other women couldn’t match, and it is true that she benefitted from the daring, risky life he had to offer as well. She may have felt, however, that she had made a terrible mistake early on during their elopement. Lawrence found her bawling over photographs of her children, missing them terribly. He was frustrated by this sign of regret and told her to get over her decision in no uncertain terms, promptly ripping the photographs into pieces and storming off. A fierce, powerful, independent woman who perhaps had met her match. 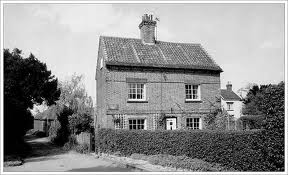