THE LITERARY LANDSCAPE OF LONDON, 1918


THIS morning I spent a glorious hour or so trawling through a book that came my way recently: Katherine Mansfield Collected Letters Vol 2. One of the best things about a good book collection is that it allows one book to lead on to another, and then another, and then another. It started like this:
I was reading some of KM’s letters to Ottoline Morrell, Dorothy Brett and Virginia Woolf as well as some others. The year was 1918 and she was living with John Middleton Murry, a comfortable middle-class existence, at Portland Villas, Hampstead. KM was earning money from the occasional short story (‘Bliss’, for example, in the English Review). She was also contributing reviews and articles for various other publications, and had her father’s annual stipend of 300 pounds. Murry himself was doing a good deal of writing for the TLS and the Nation and working for the War Office , and as editor of the Athenaeum was earning a healthy 800 pounds. 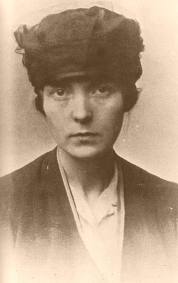 The Murry’s, fairly recently married, nicknamed their new house the ‘Elephant’ in reference to its white colour and large shape. KM was very ill by 1918. The good news at the end of the year was that the Armistice was signed. The war had taken its toll on everyone, not the least KM who lost her closest relative, her beloved brother Leslie, on the battlefield in 1915. At around the same time the war ended KM was told news she must have already suspected. Tuberculosis was going to take her life at a premature age. In 1918, at the age of 30, she was told she probably only had a few years to live. She died in January, 1923 at the age of 35. 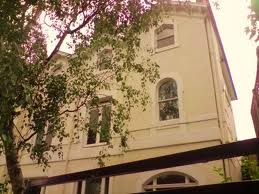 So here she is, on October 22, 1918, writing to Brett, having just received a visit from D H Lawrence: “He takes himself dreadfully serious now-a-days; I mean he sees himself as a symbolic figure- a prophet- the voice in the wilderness crying ‘woe.” Lawrence and Frieda are around the corner at Well Walk, Hampstead. It’s all fortuitous timing because Frieda and KM don’t get on well anymore, and Murry and Lawrence have had (at this point) and unspoken falling out, later to become much worse. Now Frieda has the ‘flu and is in bed, Murry is working, so Lawrence is taking the opportunity to make lots of visits to KM. even though he doesn’t think a lot of her writing (possibly isn’t terribly familiar with it). Just five days later, again to Brett, KM seems to have changed her tune a little: “For me, at least, the dove brooded over him too. I loved him: He was just his old merry, rich self, laughing, describing things, giving you pictures, full of enthusiasm and joy in a future where we were all ‘vagabonds’- …oh, there is something so lovable in him- and his eagerness, his passionate eagerness for life- that is what one loves so.” What a change! With her horrible illness, perhaps her moods are interchangeable. Lawrence is very fond of her and recreated her personality for some of his important texts (such as Gudrun in ‘Women In Love’). In this case it is the MSS of a play he has just written, called ‘Touch & Go’ which he has placed in her hands during the same week. There is a character called Anabel Wrath in the play that Lawrence has clearly based on KM and I suspect that he wants to share the portrait with her. Alas, as KM writes to Ottoline Morrell, she makes an initial observation, probably off-putting- ‘I have glanced inside and it looks black with miners…I do wish he could come up up out of the Pit for ever- But he won’t” and doesn’t bother with the rest, therefore not coming across the character called Anabel (Lawrence’s hopes extinguished). 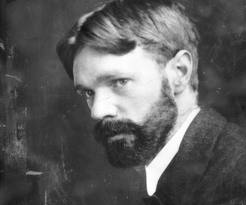 Now during the time of these little visits, Lawrence is writing to a farmer friend on October 30 called Hocking about KM and how she is an invalid these days and can’t get about anymore : “Poor Mrs Murry has consumption of the lungs- cannot go outside the house.- But still, I think if the war ends, and she could go away to Italy or somewhere warm, she might get better.” Lawrence’s heart no doubt goes out to her. He is in denial himself because he has the same illness (often talks of ‘bronchial troubles’), yet he is in a sense lucky because he still has six or seven years of reasonable health, eventually succumbing in 1930. Lawrence wasn’t the only one that thought a warm climate might ‘cure’ tuberculosis. It would certainly be a comforting thought. He was to pack his bags for Italy a few years later too.


And then we have Virginia Woolf writing in her diary (Vol 1-18 Feb 1919), weighing up whether or not she can classify KM as a friend: “The truth is, I suppose, that one of the conditions unexpressed but understood of our friendship has been precisely that it was almost entirely founded on quicksands. It has been marked by curious slides and arrests; for months I’ve heard nothing of her; then we have met again upon what has the appearance of solid ground.” How much more difficult to communicate in those days, and how many instances there must have been of problems associated with communication, especially around war time. Letters go missing, people misinterpret things. Woolf visited KM at the ‘Elephant’ several times in 1918, but her diary mainly details a response to Murry, who, like Lawrence, she looks upon mostly unfavourably. Woolf’s feelings about KM are ambivalent. But at times she records admiration for her both as a person and as a writer. A perfect example of her ambivalence is when she writes in her diary, on October 11, 1917, “We could both wish that ones first impression of KM was not that she stinks like a- well civet cat that had taken to street walking. In truth, I’m a little shocked at her commonness at first sight; lines so hard and cheap. However, when this diminishes, she is so intelligent and inscrutable that she repays friendship.” An interesting weighing up of somebody- is she worthy to be my friend or not? The ‘civet cat’ label is telling. KM was an extraordinary woman of her times. A similarly middle-class background to Woolf (her father was an eminent banker in New Zealand, and Woolf’s father was the well known and highly respected critic and writer, Leslie Stephen. KM became a kind of rival to Woolf, even though KM didn’t write novels. Virginia Woolf, like Lawrence, saw KM at her most vulnerable at the end of 1918. Visiting Portland Villas, she commented in her diary “..husky and feeble, crawling about the room like an old woman…Illness, she said, breaks down one’s privacy so that one can’t write- The long story she has written breathes nothing but hate.” Woolf’s body didn’t cave in like this- which may be seen as a lucky thing. But her handicap in a sense was much worse. For years she battled madness and heard voices in her head, and eventually drowned herself near her property in Sussex. 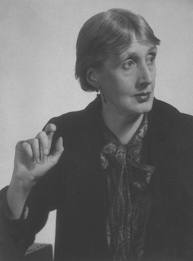 
And KM, for her part, described Leonard and Virginia Woolf as ‘smelly’ in a letter to Murry on February 17, 1918 (no reference to ‘civet cat’, however). When she Woolf three months later, just after marrying Murray in May, she describes her as ‘very nice’ in a letter to Brett (in her diary Woolf sums up KM as being ‘marmoreal’ in regards to the same outing). An in a letter to Woolf herself, on November 7, 1918, from Portland Villas, KM probably feeling somewhat tragic and vulnerable over her fate, tells her “You are immensely important in my world, Virginia.” This letter comes the day after Woolf visited her, and made the diary entry about KM being ‘husky and feeble’, above.


What a glorious thing, therefore, are letters, and how lucky I am to be able to access all these from within the confines of my own bookshelf!


Less than a year later KM will write her first serious will which she leaves at the Bank of New Zealand for Murry to access when she dies four years later: “Any money I have is yours, of course. I expect there will be enough to bury me. I don’t want to be cremated and I don’t want a tombstone or anything like that. If its possible to choose a quiet place- please do. You know how I hate noise.” Well KM didn’t quite get her wish. She died at Fontainbleau in 1923 and is buried with a lovely inscription from Henry IV. This particular letter finishes with “That’s all. But don’t let anybody mourn me. It can’t be helped. I think you ought to marry again and have children.” Murry did- his next wife also died young, of tuberculosis. But first they had a daughter together- whom he named Katherine Middleton Murry.

‘But I tell you, my Lord fool, out of this nettle danger, we pluck this flower, safety.’

Posted by darren harrison at 2:25 AM

Hi there:
I thought you might like to know that I recently published a novel based on Katherine Mansfield's life.
You can read more about it at my website:
www.joannafitzpatrick.com

I'm also a fan of Colm Toibin as I see you are. It was his biographical novel on the life of Henry James that encouraged me to resurrect Katherine Mansfield.

All my best for the new year,