LES MURRAY: WAITING FOR THE PAST- NEW POEMS

LITTLE did I know, all those years ago, sitting nervously, stomach rumbling, in some innocuous little tutorial somewhere at La Trobe University, that the big man who walked into the room to tell us about his new book of poems would soon become known as one of Australia’s finest ever poets. I’m pretty sure I met him, directly, and felt a very vague sense of awe, but then again maybe I didn’t. It seems a long time ago. I remember distinctly, however, hearing him say that it had been a long time since he had done any sort of real work. The irony of that statement was lost on me at the time. (The book we were studying was, I think, ‘The Vernacular Republic’).


So now I am finding out a bit more about Les Murray, because I have taken the plunge again after a long time of reading overseas poets, skirting around the Australian ones. Les Murray is married. Both he and his wife are old. She has afflictions and needs his care- (‘golden staph bacteria’)- just as his father did when Les’ mother died, and Les came home to look after him.  His 36 year old autistic son also needs his care. The three of them have lived on a farm in rural NSW for a long time, in a place that played a big part in Murray’s childhood as the only child of dairy farmers, called Bunyah. The Australian newspaper recently ran a beautiful, very human portrait of life in Bunyah. The Murray’s seem so real and quietly impressive. Country folk of the type that Kevin Rudd would like. The chat is about a recent car accident that could have been fatal (Murray doesn’t like seat belts), and an anthology in which Nick Cave discusses a Murray poem- ‘Who’s Nick Cave?’, Murray asks his wife. ‘I don’t know the bloke.’ And why would he?


The other slightly odd and slightly charming thing about Murray is the fact that he doesn’t like computers. He types his poems- on a typewriter. To think that that still happens. Depression isn’t ‘slightly charming’ however. Murray wrote a book of poems about ‘the black dog.’ He has had it (along with extreme hypochondria), his father had it, and his mother, Miriam, had it for half of the time Murray knew her. She often miscarried, and only Murray survived. It haunts him still to think that maybe he caused these miscarriages, or maybe that this is what his mother thought each time a new baby didn’t survive. And Murray was bullied, a lot. One can only imagine. The sum of his girth and his brain.


The new book has the enigmatic title ‘Waiting For The Past’ (Black Inc).  It is a little slim black volume with a sepia coloured dustjacket of a drawing of the portico of a handsome old house. There is a great range of topics explored in these new poems, all under a page or two in word length, perfect for reading and re-reading in order to gain maximum pleasure and understanding. 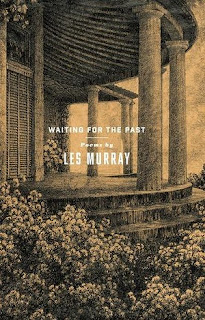 Many of these poems are built around memories, of recent times or the distant past. Murray is clearly of the age in which it is important to remember. ‘Inspecting The Rivermouth’ takes us on his journey to Hahndorf and Hindmarsh Island, and home again, somewhat matter of factly:


So. Then a thousand miles

A poem called ‘High Rise’ set in Beijing describes air conditioners on windows as ‘wristwatch-shaped’, hinting at the multitude of them, and ‘burglar bars’ on each window to the tenth floor. Murray remembers the days before television, seeing American films at the drive-in, and being transported into another world where people on screen would ‘kiss slow with faces crossed’, enchanting to any naïve kid.


A significant memory contained in one of the best poems, called ‘High Speed Trap Space’, is of a collision in the car with animal with ‘big neck, muzzle and horns…’ on a narrow road in the bush on a ‘rainy dark’ night. The feeling of entrapment and claustrophobia is contained in ‘Nowhere to swerve-but out between trunks stepped an animal…’. The car is described as ‘our little room’ racing on to ‘a beheading.’ The deadly seriousness and potential violence of the situation is captured graphically:

‘No dive down off my seat would get me low


enough to escape the crane-swing of that head


and its imminence of butchery and glass.’

Murray braces himself for the worst, and even though the collision is avoided, it may as well have taken place:

‘My brain was still full of the blubber lip,


the dribbling cud. In all but reality


the bomb stroke had still happened.’

The whole Azaria Chamberlain/ dingo story is evoked poignantly but succinctly in ‘Being Spared The Inquests.’ A localised fright- ‘a toddler’s scream’- but the horror is avoided as:

‘Our valley came this close


to a deadly later fame.’

The unfortunate schism between Ireland and its northern neighbour is featured in ‘All of Half Way’ where the speaker is advised to take off his green cap before he gets to ‘Coleraine’ (Derry) - it is only ‘our equestrian team cap’, and ‘colours aren’t yet mortal in Australia’, says the poet wryly.

Sometimes the memory is focused on a clearly stated location, as in ‘A Denizen’, about an octopus at Wylie’s Baths. By using ‘bing’ I can discover that Wylie’s Baths is an ocean tidal pool near Coogee, NSW. Murray sometimes offers precise locations in order to take you there. The ‘octopus is dead’, right ‘below the circus balustrade/ and the chocked sea tiles.’ Once entertaining the children by hanging ‘from its cupped feet’, it now, chlorine-infested,


out in the throwaway tide


and will leave with the wobbegong.’


The ‘wobbegong’ I know from reading Tim Winton, but ‘biltong’? Apparently a dried, cured meat from South Africa.

The poem ‘Growth’ refers to the growing cancer in ‘friendly Gran’, as well as the growth in the speaker who grieves because he is ‘barred’ from seeing her (‘…Grannie’s death had/ been hidden away, as cancer/ still was then…’), and growth in the crossing of a threshold of sorts: ‘I was hugged and laughed over/ for the miles I’d covered’ in a long walk trying to make sense of it all.

Elsewhere Murray celebrates, in his memory, 1960, which ‘Brought the Electric’- ‘the new yellow glare/ that has reached us at last’; recalls the sober experience of being on ‘Bench Seats’ when the polite conversation of a girl with Downs Syndrome is met with ‘a whispered grimace of mirth’ between two women she is addressing; and chillingly recounts a high school massacre in which ‘…a celibate/ victim of years ago divines/ We’re shooting back now.’

Besides a strong focus on memories, Murray main preoccupation seems to be matters of family and matters of health, as you might expect from a man writing in his seventies. Poems about the aging body, hospital visits, body replacements and falls.  In ‘Diabetica’, in a poem that just might be closing in on Sylvia Plath confessional, Murray writes of a man who ‘…yawns upright/ trying not to dot the floor/ with little advance pees.’ Murray, it appears, is visiting his wife Valerie in hospital in ‘The Plaster Eater’, she who is undergoing (another?) knee operation. The end of the poem features one of the loveliest tributes I have seen between two old lovers-

‘I, butter boy, sipper of vinegar,


am amazed as ever how you,


as now, beyond hospital staph


and the overworking knife.’

‘Vertigo’ tells the story of a speaker who sounds just like Murray who has fallen in the shower-room of a hotel he is staying in (always worse when it’s not your place). The pragmatic nature of the speaker is illustrated by his understanding that falls of this kind mean it’s ‘…time to call the purveyor/ of steel pipe and indoor railings…’ Furthermore, there will come a time with the arrival of:

‘…the sunny day when


street detail gets whitened to mauve


and people hurry you, or wait, quiet.’ 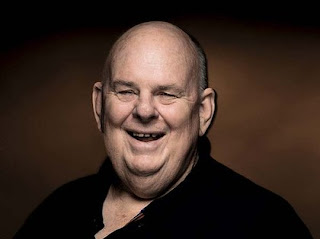 This enthralling and varied slim booklet of poems was all created on Les Murray’s beloved Brother typewriter- as discussed in his poem about a third of the way through this collection- ‘The Privacy of Typewriters’:


‘I am an old book troglodyte


one who composes on paper


and types up the result


as many times as need be.’

For Murray, the computer prints ‘text that looks pre-published.’ And it doesn’t awaken or seduce his senses like the typewriter does:

‘I fear a carriage


that doesn’t move or ding,


leaping up and subsiding.’

The typewriter has its advantages- mistakes made- ‘whiteouts where thought deepened’, and ‘wise freedom from Spell Check’; and lo and behold if you hit the wrong key- ‘a writhe of child pornography’ might suddenly fill the screen, and, scarily,


and the cops handcuffing me,


to a gristlier video culture


coralline in an ever colder sea.’

Oh, to one day drive off, far away, to Bunyah, NSW with a bottle of red, and knock on the door of the Murray’s, just like Ted Hughes did forty or so years ago with his brother Gerald, when they drove to meet their painting hero, Hans Heysen, in Hahndorf, SA. 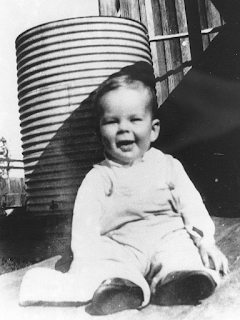 Posted by darren harrison at 5:05 AM