Paul Cox at Duneira, and 'The Diaries of Vaslav Nijinski' 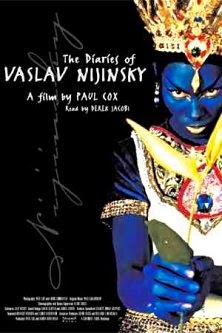 THIS new post brings me back to the hugely underrated Australian film director, Paul Cox. His films are out of fashion, and have been for years. Rarely do they make much, or any, money. There are never any car chases or guns; rarely is there a well- known face amongst the cast; the films have a very small budget; they are not fast-action paced; they do not feature sudden loud bursts of music and product placement; heads are never blown away and limbs are never severed; it is doubtful anyone would ever buy ‘the soundtrack; the editing is often slow-paced and the viewer often receives more than a second or two to think about what is happening on the screen; often there is no murder or mystery or particularly strong intrigue; often the people in his films have basic jobs and live fairly ordinary lives. He is certainly no Quentin Tarantino or Steven Spielberg, but he is no Ken Loach or Mike Leigh either. Paul Cox’s film, if anything, resemble those quiet, reflective films of Europe- (think Krystof Kieslowski and Ingmar Bergman) and Russia (Aleksander Sukorov).


I like Paul Cox’s films because they are uncompromised and beautifully shot. Watching his films is a meditative and rewarding experience. And you know that he has put his heart and soul into the project, and thought more about the integrity of the end product rather than the amount of money the film might make. Now that has to be a good thing, doesn’t it? Maybe it’s also good that not every director is like Paul Cox.


This, my fourth Paul Cox-related adventure, took place on Sunday at the beautiful ‘Duneira’ property at Mount Macedon. We sat in the front row on the right, on a lovely soft couch. There were about 50 people there, and I think we were the youngest. Some people looked very arty, like they may have been in one of his films before. Initially I felt like I was gate crashing a party, then after a while I fully relaxed and felt the buzz of being a part of everything.


He spoke briefly about the making of ‘The Diaries of Vaslav Nijinsky.’ Then he showed the film, a small projection on the wall using a small projector. It would have been more glorious on the big screen, but it was still very captivating, and reminded me of his film ‘Vincent.’ There was a lot of imagery, and stills of Nijinsky, and many dancers, both male and female, representing him and his world. The voice over was by Derek Jacobi (an inspired choice, as was the choice of John Hurt for the Van Gogh letters in the earlier film). Jacobi read from his posthumous diaries. Nijinsky’s world became quite chaotic, and this was captured in the at times seemingly random projection of images. Nijinsky’s diaries consist of an ongoing critique of the world and an obsession with truth and beauty. I read them years ago, and was fascinated by the way they chart the slow mental deterioration of the man when his dancing career was finished and he was surviving the post-war years of WW2. These were heartfelt and beautiful sentiments. A repeated motif was the sad photo of Nijinsky as Petrushka, the traditional puppet from his ballet of 1911, as well as shots of flying birds and grainy images of trees silhoutted against the sky.  Much of the film was made in France. It was a success in Europe, like a number of Cox’s films, and had that real European sensibility that would make it impossible to pick Cox as an Australian director. 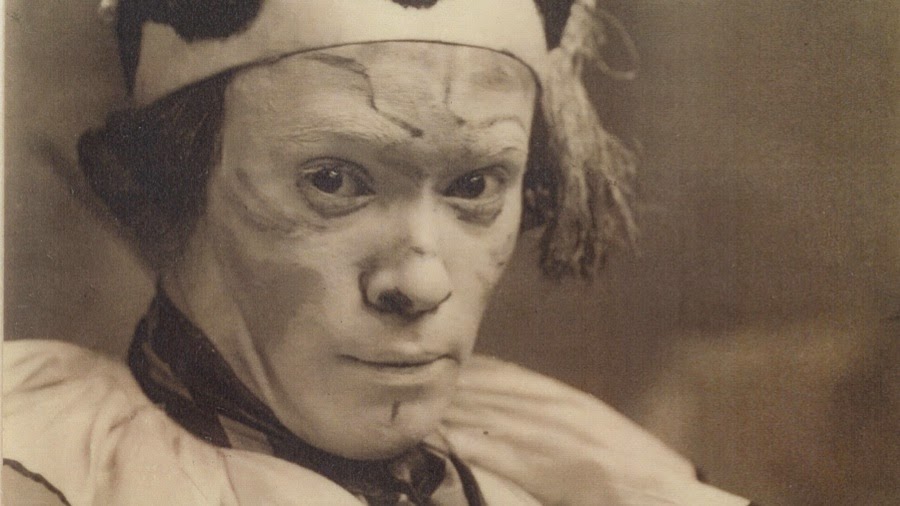 Nijinsky, along with Vincent, is a hero to Paul Cox. Cox himself has much in common with both of them, not the least their uncompromising view of things and their critical eye on what they perceive as the injustices of the world, as well as their unique artistic vision that is seemingly always out of fashion and ahead of its time. In one tragic scene Cox shot an actor acting out a chaotic dance of Nijinsky’s in a nightclub, depicting his failing grip on reality and his diminishing powers. His wife, Romola, sat, in the audience, looking embarrassed, perhaps ashamed.


At the end of the film, Cox spoke to all of us about his herculean act of editing such a difficult project and how it nearly made him become just as mad as his subject. There were the caustic comments about the banks and capitalism that I have heard before, the madness that is parts of the United States (its insane worship of guns in particular), the sorry state of the Arts in Australia (his disbelief that George Brandis is the Arts minister in the current government), his anger on the subject of film censorship, and the way in which the premiere of this particular film was cancelled on the afternoon of September 11, 2001.


Just as Paul Cox got to know the great grandson of Vincent Van Gogh- (the filmmaker and activist Theo Van Gogh who was murdered several years ago), after this film he also came to know Kyra Nijinsky, the daughter of Vaslav Nijinsky. In his pocket he carefully keeps as a talisman a black Jesus pendant given to him by Kyra, which once belonged to Vaslav himself. Perhaps not coincidentally, Cox’s daughter is also called Kyra.


Before too long Paul Cox disappeared, and I left him with a carefully constructed Van Gogh card ‘(Oleanders’) as a token of my appreciation. On the card I thanked him and wrote of my Vincent pilgrimages, and incorporated some quotations from Vincent’s letters.


At the end of all that the mind feels incredibly enriched. The pettiness of the modern world suddenly seems far away, until you creep back to the city again and you discover that the Reserve Bank has generously kept interest rates on hold.

The best review of this film can be found at: http://sensesofcinema.com/2002/feature-articles/nijinsky/ Posted by darren harrison at 1:38 AM