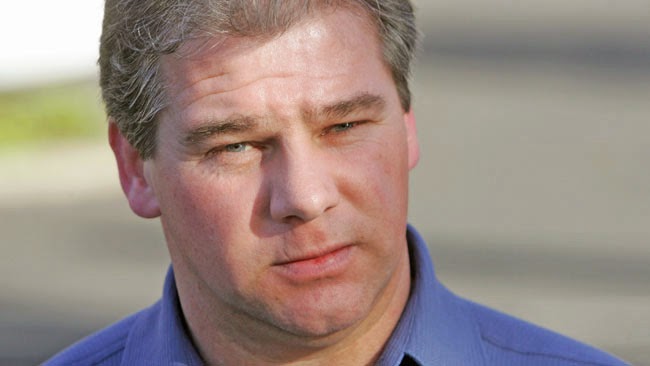 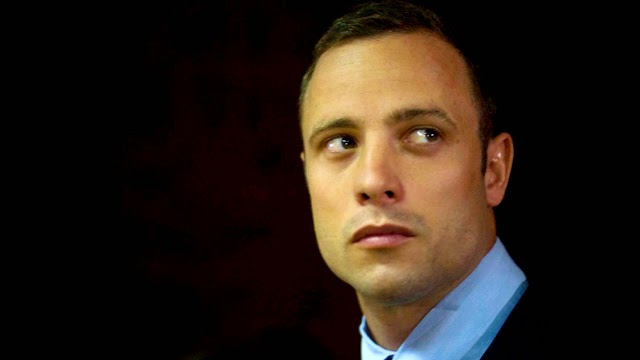 Robert Farquarson left the road and drove himself and his three kids into a dam near Geelong in 2005. Oscar Pistorius killed his girlfriend by shooting her several times through a locked bathroom door in 2013. How terrifying for the young boys, Bailey, Jai and Tyler, and how terrifying for Reeva Steenkamp. The Farquarson kids drowned whilst their father swam to safety on Father’s Day. Pistorius opened the bathroom door and found his wife’s bleeding body on the bathroom door on Valentine’s Day. What is the significance of these dates? Were these actions deliberate, and therefore callous, cold-blooded murder? Pistorius got off- manslaughter rather than homicide, the judge in Pretoria unsure whether or not he was aware that it was his wife on the other side of the door. Farquarson was not so lucky. After three trials and various judges and men and women of the jury, he was found guilty of deliberately killing his children, and is currently serving a minimum of 33 years in jail. What a conversation the pair of them could have if they were ever able to get together over some hearty jail food, watching the world go by through thick, black iron bars, or having an intimate stroll together around some prison yard in their bright orange clothing watching out for the menace of bald, tattooed heavyweights.


If we can believe the judge and her intuition, Pistorius made an awful error, mistaking his young wife for a threatening intruder. If so, he probably deserves no worse than his current fate. We may never know how guilt-ridden he feels right now in his first nights in the cell. Farquarson’s culpability, too, must be open to conjecture. Pistorius has his emphatic supporters who swear his innocence, improbable as it might be to the skeptic who finds his story just a little bit hard to swallow. Wasn’t there a quite vocal argument between he and Steenkamp on that night? Did he really forget to check in on her, to make sure she was next to him in their bed like he says he assumed. Did he really think it was her making noises in the bathroom? Didn’t she yell out in severe stress after the first bullet was fired?


It’s interesting how family sticks by you (as they say) through thick and thin. It is probably the way it should be. Farquarson’s sisters are just as steadfastly behind him, despite his equally improbable story. In fact, their fate could easily have been switched. The general public really had no idea how either of these cases might go. Pistorius might have received 33 years, and Farquarson the tentative five that Pistorius received. It is because there were no witnesses to either incidents. How do the rest of us really and truly know? And that goes for supporters and skeptics alike. It’s an awful question to ask, but can the difference in sentencing simply come down to the acting ability of either defendant? To education, money or class? To the fact that one was a struggling Winchelsea nobody, and the other an Olympic star with an eye catching disability?


I have read two captivating books about the Farquarson case lately which, collectively, offer me a number of reasons where Farquarson might have gone wrong. I imagine I am visiting him in his sad and sorry cell.


‘When you were driving the boys home at 7:15 PM after your special Father’s Day outing, you needed to be more aware of the strangers driving behind you- the woman and her family who became witnesses at your trial to your erratic driving. It appeared to them, and no doubt to the jury at your trial, that you just may have been waiting impatiently for that Winchelsea dam to appear on your right hand side, and maybe you were practising your descent, swerving on the road with panic starting to set in. Just maybe you were thinking of drowning along with them, and wondering if you had the nerve to die.


Even before that night, perhaps a week or two before, you completely and recklessly dropped your guard outside the local fish’n’chip shop. Remember your old mate Greg King, the one who, probably in your mind, cruelly betrayed you? You saw your ex-wife Cindy Gambino and thought about her new boyfriend, Stephen Moules, didn’t you, and how he ended up with the shit car and you were lumped with the one that would become a coffin for the boys. Was it anger and frustration that possessed you to tell Greg of your plan to wreak revenge on Cindy, that it would occur on a special day like Father’s Day, that you would hurt her through her own children, that you would go to these extreme lengths to make her suffer for the way she left you feeling after your unhappy split? Greg came and saw you, didn’t he, all wired up for the anticipation of the police, and you were so careful, weren’t you, to ensure you didn’t say too much to Greg that might come back to bite you at the trial- but it was too late, essentially, wasn’t it, because in those moments of frustration you made another of those crucial errors that would lead a jury to put you away for a long time.


Let’s go back to the fatal evening when the driver of that random car has driven past you and has seen your children’s bodies crammed into the back of your car. Perhaps there were a few little coughs, perhaps there were no coughs at all, certainly not a ‘syncope’ as you described it later, as your car swerved maddeningly to the right, left the highway, avoided most of the trees, and plunged into the terrible, cold, black, black water. You might remember you switched the lights and the engine off- well somebody did and it was unlikely to be the boys all the way in the back seat. At your trial you conjectured that it might be so. There were so many ‘I don’t know(s)’ and ‘I can’t remember.’ None of this helped your cause.  You said you started coughing and coincidentally left the road just as that dam appeared on your right side. You said you coughed so much that you blacked out and then freakishly found yourself in the water. How is it that the path the car took on its way into the water was so miraculously unobstructed? Why didn’t you attempt to arrest the long slide into the water by using your brakes or altering your steering? Are you seriously saying that the whole time you lost control of the car, until you found yourself in the water, you were somehow unconscious? Once in the water, did you attempt to rescue your little children by opening their doors, or hauling them into the front with you, or at least grabbing little Bailey and swim to the surface with him? Did you, conversely, panic and alter your position, and leave the kids to drown as planned, but extricate yourself from the car because self-drowning was too terrifying? Why is it that you couldn’t really answer any of these questions in court, but kept saying ‘I can’t remember.’


After wading to safety and out of the dam, you decided not to keep looking for the children. If you recall you staggered, wet and deathly cold, to the highway and flagged down a car. There you made another fatal error which would come back to haunt you. You weren’t interested in phoning the police. You were desperate to be driven by Shane and Tony to Cindy’s place, car-less and children-less, to inform her with a certain amount of rambunctiousness that her children were dead- “I’ve got to tell Cindy that I’ve just killed the kids.”  You saw her face fall and heard her wailing screams. Back at the tragic site, with her and soon Stephen Moules, all you wanted was a cigarette. You stood there looking on, shivering, whilst he (not even yet the step-father of the boys) waded fruitlessly time and time again into the freezing water.


There was, of course, no hope. When the police arrived you were taken by ambulance to Geelong hospital. You didn’t do too well here, either. When you were interviewed you kept asking ‘what will happen to me?’ when the question the police expected to hear was ‘are my children really dead? have they been identified?’ (they had, by Stephen Moules). There was no mention by you of your poor children.


Later, you just couldn’t get your story straight. This is why the homicide squad moved in. Robert Farquarson was acting odd the whole time. He seemed to be more in preservation mode, rather than acting like a typically grieving father. Each time you rang Cindy, who was hungry for an accurate account of what really happened to help her in her elusive quest for peace, you sounded vague and uncertain, seemingly more interested in what she was thinking rather than any serious attempt to honestly recall.


I read your accounts in the books I have read, and I see what little choice the jurors and judges have. But what if they are wrong, and the loyal instincts of your family members are actually right? Then you should be joining Oscar Pistorius, the man who received the lucky break, in a much more truncated jail sentence. 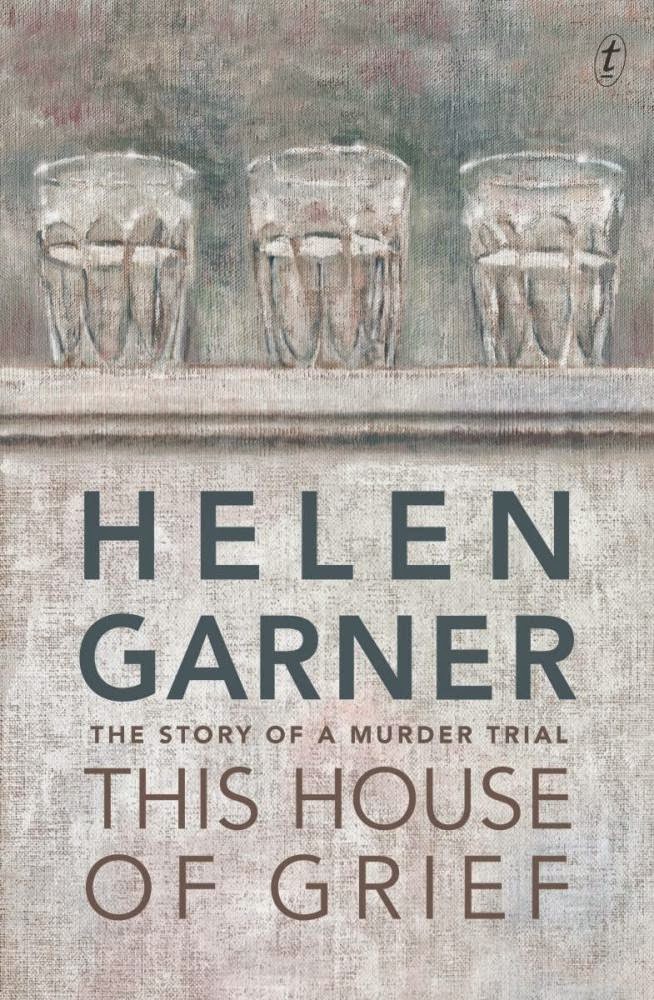 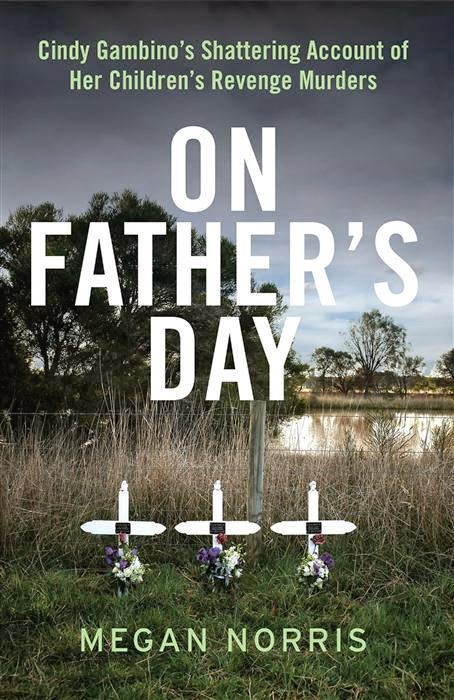 Posted by darren harrison at 4:31 AM