E L DOCTOROW: FICTION AND NON-FICTION IN 'HOMER AND LANGLEY' 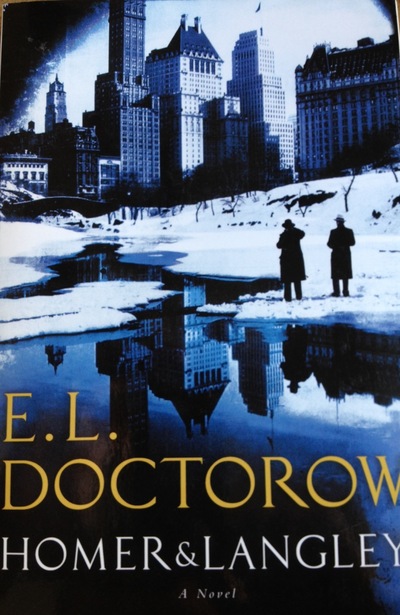 WHEN you’re not feeling quite right, a lot of what excited you before loses some of its lustre. Just like the speaker in Sylvia Plath’s ‘Black Rook in Rainy Weather’, much of what I’ve read or watched or listened to these last days has not set my world on fire. I found the Henry Miller novel Tropic of Cancer titillating, and in various places beautifully written, but I forgot about it after an hour or two. I had trouble finishing Cheever’s Falconer novel, even though I’d been wanting to read it for years. It seemed repetitive, somehow, and a bit like the latter day Cuckoo’s Nest, but not as compelling. Then there’s been the problem with films. The sequel to The Year My Voice Broke- Flirting- seemed to meander and seem totally implausible, the way Noah Taylor kept rowing across the lake to the lovely girl of his dreams. And the new, much heralded Coen brothers film, Inside Llewyn Davis, was captivating to a degree, but also seem to meander, and in the end, whilst I found the idea of making a film for a change about someone who doesn’t quite make it (like the man in Joni Mitchell’s song, ‘For Free’), totally refreshing, instead of yet another biography of someone who has made it, like Johnny Cash, and no doubt, Mick Jagger, someday, I didn’t really like the main character, or anyone else for that matter, even Carey Mulligan who I usually like a lot, except when she’s trying to be Daisy. So it was no real surprise that I only moderately enjoyed E L Doctorow’s 2009 novel ‘Homer and Langley’ which I have read these past two days. As I said I think it’s partly because I feel a bit off, so the colours of literature and music and art are a bit dimmed, and the food doesn’t taste as good, and I have no thirst for alcohol or any of the other well- known pleasures that a healthy body craves.


I have a lovely bookcase filled with hard back books, mostly of Lawrence. Sometimes I imagine in a bourgeoisie sense what it would be like if I could choose, with money not being an impediment like someone like Tom Cruise or George Clooney, if I could choose the hundred or so books that could fill this bookcase of mine. A couple of books I would leave exactly where they are. But for the most part how glorious to choose first editions of your favourite books of all times. Amidst The Heart is a Lonely Hunter, and Women in Love, and As I Lay Dying and Tender is the Night, I would have E L Doctorow’s Ragtime, such a beautiful book, and it has been so long since I read something that moved me as much as this.


Homer and Langley is no Ragtime, but it is still a pleasure to read an E L Doctorow novel at any rate. He probably knows he hasn’t reached that Ragtime standard again. I think he wrote it back in 1975. Homer and Langley has echoes of Ragtime and is still, regardless, a fairly captivating story. Here, once again, he blends real life world events into his narrative. The brothers Homer (of course, blind!), sensitive and intelligent, and Langley, made cynical and world weary after the physical and emotional damage of the first world war, live in their New York brownstone, mostly indoors, whilst the world and all its history revolves about them, both in the house and outside. They survive all the big wars, the era of the gangster, the hippie movement, the encroaching world of high tech communications. Homer mostly plays the piano and slowly becomes deaf, like Beethoven, and Langley is proudly unorthodox and opens the big house they inherited from wealthy parents to the outside world in the form of parties, hippies, feral cats. The gangsters move in, uninvited, and there is a series of cleaners and cooks and other helpers, including a terrorised Japanese couple, who they form great attachments with.


It is Homer that narrates the story of the revolving outside world, and its impact on the brothers’ lives, and the way the brothers become a source of fascination to the people of the neighbourhood for all the wrong reasons, mostly because of their eccentricity and unorthodox ways. Langley looks after his handicapped brother and is wonderfully resolute against all outside authorities who don’t agree with their way of life, including the police, fire brigade, various utilities, neighbours, even mischievous children. Doctorow spends an inordinate amount of time detailing the pig sty that the interior of the house becomes as Homer and Langley become more and more dysfunctional in the living of their daily lives (tragically, in the end), and the clutter of the house, mostly in the form of an obsessive compulsion of Langley’s to bring in whatever he finds from the outside world (especially newspapers that when on top of each other almost touch the ceiling), and most amusingly, the deconstructed body of a Ford paraded forlornly as a generator in the lounge room.


I was struck by the power of Doctorow’s writing in a few passages. Here, he describes Langley’s experience in the first world war of the infestation of rats: ‘Once, with an officer in his wood coffin and the lid not fast, they nosed it back and in a minute the coffin was filled with a hump of squealing rats squirming and wriggling and fighting, a wormy mass of brown and black rat slime turning red with blood. The officers shot into the mass with their pistols with the rats pouring over the sides and then someone leapt forward  and slammed the coffin lid back down and they nailed it shut with the officer and the dead and dying rats together.’


I can imagine it may be a bit of a challenge, to write a book in which the narrator of the story is blind. I don’t even know if there is a precedence for this. So how do you get to describe the details of the action for the reader? This is also a novel that is very visual. There is always a lot going on in Homer and Langley’s household. Well, sometimes Doctorow cheats. We get detail that can only really be provided by an all-seeing narrator in the style of someone like Nick Carraway, very aware of what is going on around him, open to the subtleties of living and of life. Other times we are told, by Homer, that he knows certain things, visually, because Langley later told him, or his hearing is so acute for much of the story that he can piece bits together and tell a lot from what is happening through his ears.


Because he is blind, Homer has a very tactile way of describing things- things like food take on newer and more interesting dimensions than they would for others. And much later in the novel there is a scene, a bit like a scene from Bergman’s Fanny and Alexander, where the hippie inhabitants of Homer and Langley’s brownstone form a human train at Homer’s urging as they navigate the hazardous journey inside the mansion filled by this stage with a labyrinth of newspapers and odd assortments of junk. They all start doing this ‘hip-shifting-one-two-three followed by the leg-out BAM!’ which creates further chaos, and suddenly all the hippies are heading for the exit outside the front door (who wouldn’t, in a madhouse like this), and Doctorow describes their sudden emergence onto the street like the opening of a cage and the flight of birds. Homer must feel a sense of relief as his working senses are opened and he inhales the ‘earthy fragrances of (Central) Park’, and can taste the ‘metallic taste of moonlight’ and can hear the ‘diminishing’ laughter of the hippies through the trees.


There aren’t many good times left for Homer and Langley as people become curious about them, the services are shut off, neighbours complain, Langley becomes more paranoid and rails against the outside world, and their habits become more and more eccentric. In the end their lifestyle becomes unsustainable and they bring about their own undoing.


Of course, a lot of this is absolutely real. The Collyer brothers did live like this in a brownstone in New York. The actual story is fascinating, and it came to an end in 1947 when their bodies were discovered. The outside world finally managed, with a lot of difficulty, to gain access, and what a sight it must have been. Thousands of books, the car, musical instruments, boxes, a mass of furniture and a telling stench of a decomposed body wafting through the house. It is fascinating story of hoarding that must have been perfect for Doctorow. First of all, it occurred in his beloved New York, and secondly. It gave him great scope for creativity. Doctorow could do his old trick of writing about real people’s lives, and imagining interior and exterior worlds for them in order to bring them to life. This is not biography, it is more creative imagining. 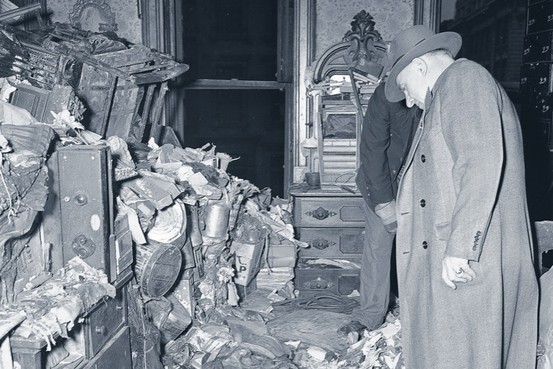 I found myself wondering a lot about Homer and Langley at the end, and how they must have looked like, with their long, matted hair and unruly appearances, and how they must have suffered in their reclusiveness, and how steadfast Langley must have been in keeping the outside world away as much as he was able. And how Doctorow shows the outside world to be turning all the time. And why he chose Homer to be his narrator, when all seeing and all-knowing Langley would have been the easier choice. 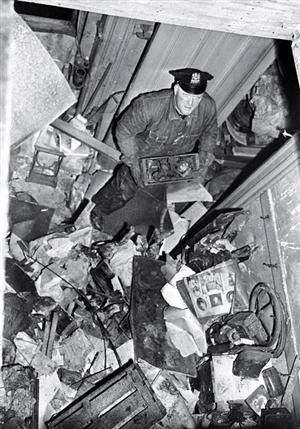 Posted by darren harrison at 12:35 AM