A PREMATURE END IN GIPPSLAND

WE arrived not long after midday after a brief stop at Bairnsdale to purchase supplies and visit the Catholic Church (St Mary’s) which was shut.

Our lodgings for a week are atop the fourth floor of a modern and fashionable monstrosity on the edge of town, its westward side overlooking the great expanse of lake.

We walked along the Esplanade into town. Unremarkable shops mostly closed, being a Sunday. It is winter here, at the end of June and the start of July. It is not quite ghost-like in its out-of-season way, like I remember Scheveningen in Holland to be many years ago, or Port Isaac in Cornwall the same winter, or Glenelg in South Australia in more recent times. But quiet nonetheless with mostly empty pavements.

We walked as far as the long bridge and sat down on the hard ground about half way across and snacked with the kids. Presently we discovered the ‘ninety mile beach’ and watched as aggressive grey waves crashed in.


The long walk home along the west side of the Esplanade, along the lake’s edge, watching the myriad bobbing boats, the occasional pelican and diving sea birds.

A typically late start and then a walk along the Esplanade. At the hotel, a lovely warm swim in the heated pool and then languorous tennis. Focus on football on Foxtel. Discovering poems in the latter part of the evening. ‘Born Yesterday’ by Phillip Larkin and ‘Sister Maude’ by Christina Rossetti among others.


A long, lovely run, to the bridge and over it. Westward along the ninety mile beach about six km’s, the only thing spoiling it, the too soft sand- but utterly alone. Dark, mysterious water and moody skies. Rising briskly up the hill after the bridge, for the first full view of the sea, Mark Knopfler’s version of ‘Rocky’- ‘Coming Home- ’ from the ‘Local Hero’ soundtrack, booms out of the iPod. Then coming back, all loosed-limbed but weary, the Jet’s are claiming the streets in ‘West Side Story.’


We venture around the corner to the local museum to see old photographs of dazed looking Aboriginals, dressed in their best white clothes, doing an Easter Egg Hunt by the local shores. Rich and wise guardians of the poor bestraddle them. We find out that the huge motel we are staying at has always been a sore point for the locals; a large, ugly blot on their landscape. 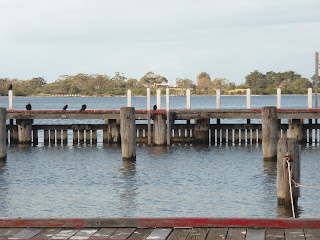 We drive northward to lovely and opulent Metung, pristine boats tethered at the harbour, and a faint whiff of magical Cornwall in the air. Further inland is Bruthen, a very small town with a delicious bakery and about four or five shops. The local pub, nestled spectacularly on a hill overlooking beautiful green valleys and meadows, houses several photos of premiership football teams in their Footscray coloured jumpers. The Op shop is manned by two young schoolgirls whilst their mother is doing work at the back. One of them tells me something terrible happened at (primary) school in Bruthen recently- it makes her uneasy being there. The mother then saunters up and my antennae tells me to drop the subject. The first opportunity when the mother attends a new customer, I implore the child to tell me. I am expecting rape, paedophilia, suicide or murder. She tells me that someone dumped a whole lot of dead chickens on the school premises. The girls go to Bairnsdale for big school next year, and are excited, but would prefer to live in Melbourne. The mother wouldn’t, however. She grew up in Box Hill. In Bruthen, you can ride horses, fish and shoot. In Melbourne you would get arrested for this.

Back at Lakes Entrance, Aunty D has arrived, and we all play tennis, until dusk descends upon the court. Poetry again- ‘Manhunt’ by Simon Armitage, and ‘The Farmer’s Wife’ by Charlotte Mew- both interest me.

We are all agitated a bit earlier this time-cold sun is flooding the balcony adjacent to our room. There are four of us now, with the arrival of Aunty D, but the dynamic is more or less the same. She even manages to squeeze between the child seats in the back of the car, so we don’t become dislocated on our trip. The wife and her sister have this thing for Buchan, a small, pretty town somewhere out east. It’s a family tradition. They even dream outwardly about the prospects of owning property in this area. So it’s off to Buchan we go. 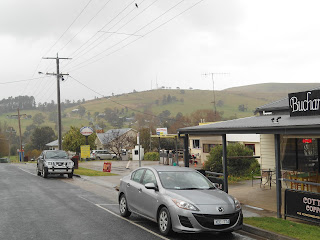 I drive 80 kmh all the way. As relaxed as you can be when driving along a highway, eyes on the rear vision mirror. It’s quiet on the winter roads. Still, I have to pull over occasionally to allow a more earnest vehicle to pull over. There are signs for Jindabyne. I think about the roadway tragedies that unfold in the film of the same name.


Buchan is a bit like the earlier Bruthen. The hills are green and they dip and dance about. Some of the hills are inhabited by sheep and baby lambs. However, whilst Buchan may lack a local football team like Bruthen, and a local post office and primary school, it more than makes up for its omissions with its famous caves.


We entered the Royal Caves with a guide and about fifty people. There were vast sea beds and customary stalactites and stalacmites, occasionally joining. I like the pencil thin straw-like stalactites emerging from the celings. We are told the formation has emerged over a period of thousands of years, maybe millions. I try to imagine what this vast subterranean world would have looked like then. It is an incredible phantasmagoria of foaming cream sheets of hard surfaces and glistening porcelain rock. 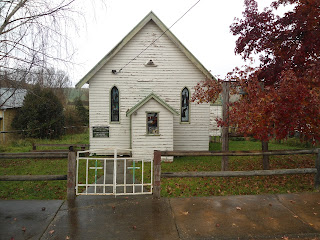 We emerge from the dimly lit caves into bright sunshine and kangaroos lazily reclining on the warm hillside. The Buchan Anglican church is small and lovely. There is modest stained glass and a detailed register of events. The café has a real fire and soup and a country feel that doesn’t quite match West Yorkshire in my heart, but is charming nevertheless.

Well, Day 6 has proved to be a disaster, as we have had a phone call from home telling us that there is water gushing out from under our home onto the streets.

I let some anxiety out by screaming from the balcony to a paddock two hundred metres away: ‘Get away! Move now! Get going!’ The children, a group of about ten of them, all flee, startled. You see, they are brandishing golf clubs and trying to decapitate the heads of bewildered swooping magpies.

Our relaxing trip has ended prematurely.

We are in the car in the dusk and late into the evening driving home to see what awaits. Dinner in Traralgon is awful. Fumbling with pizza whilst driving in the dark is not much fun.

At home, the floors are all wet. It has been caused by a broken pipe. Worse, it is hot water and there is considerable condensation dripping from the ceilings and the walls. The house is uninhabitable. Our holiday will end with emergency accommodation and dealing with insurance claims. 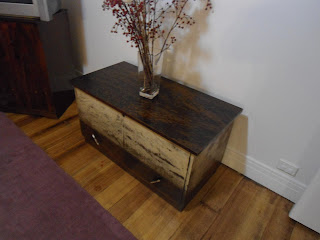 Posted by darren harrison at 7:43 PM