I HEARD the news today, oh boy. Apparently Dustin Hoffman helped a jogger in Hyde Park in London, after the jogger had suffered a heart attack. I am very hazy on the details- just a 20 second radio grab. But all these thoughts about London tumbled into my mind on the way to the train station. I never lived there though- only visited lots of times- but oh, to be back there again.

My days in London typically consisted of the horrendous drive from Maidstone to London. The busy traffic, the many lanes, the navigation around Hyde Park and Trafalgar Square, on the way to my sister-in-law's pad in Shad Thames. Or, less bravely, the Greenline bus from Maidstone, taking a lot longer, and the train from Bearsted Station in Maidstone to Victoria Station. 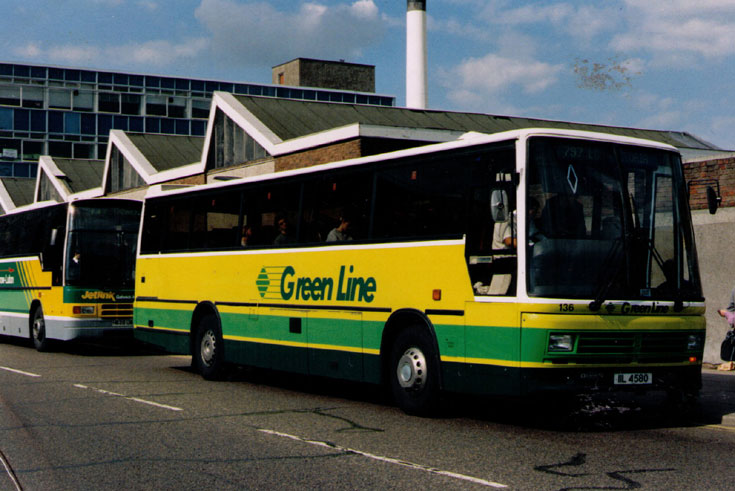 Once in London, finding myself near Fleet Street, there was a walk around the corner to see the beautiful Van Gogh and Leonardo paintings at the National Gallery, as well as Seurat's huge 'Bather's' (Une Baignade) near the front entrance. Then a skip across the road to the National Portrait Gallery, and Bramwell Bronte's famous portrait of his sisters. Outside are the black marble lions that Sylvia Plath sat amongst and drew some 50 or so years ago. Visiting and staying at Shad Thames, Tower Bridge was around the corner. I remember Catherine Deneuve (as Carol) wandering languidly in Polanski's 'Repulsion', the Tower Bridge in the background. I would always visit my favourite second bookshops, at Long Acre in Covent Garden (Bertram Rota), the magnificent 'Ulysses' bookshop in Museum Street, and on the other side of London the molto expensive Peter Harrington's and Simon Finch. London's antiquarian bookshops leave Melbourne for dead.

The blue plaques always fascinated me. My favourites were the ones in Hampstead Heath- D H Lawrence in Well Walk (circa 1915) and Katherine Mansfield and Middleton Murry living in the block known as 'the Elephant' (or Portland Villas) on East Heath Road, I think it was. There are blue plaques everywhere- Virginia Woolf in Bloomsbury, naturally, and the one poor Sylvia Plath shares with W B Yeats on Fitzroy Road near Primrose Hill, in which she suffered for a time the coldest London winter for many years, at the start of 1963. 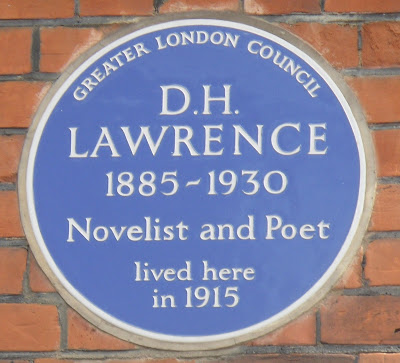 London offers so many other grand adventures, and I would visit and re-visit the lovely green William Morris dining room at the Victoria and Albert, walk through Kensington Gardens to get to High Street, feel lit up inside walking along Whitehall seeing all the treasures, and find myself in one of the greatest corners of the modern world, up there with the streets snaking around the Spanish Steps in Rome, and the left and right bank of the Seine- the corner in which rests Westminster Bridge, the Houses of Parliament and Westminster Abbey.

In London one Christmas, on the eve of my departure to Melbourne, I bought Ian McEwan's 'Atonement' for the plane ride. It wasn't snowy but there was a fog in the streets and it was icy cold. Lamps along Regent Street glowed and I looked towards the sadly now defunct Cafe Royal, imagining Oscar Wilde smoking cigarettes on its steps, and remembering the Domino Room which I was kindly shown where D H Lawrence talked of 'rananim' with his friends and became drunk and vomited sometime in the twenties.

I miss London a great deal, both new and old parts, places reuilt after the bombings of the war around Bank and St Paul's Cathedral, and going to the pictures at the Barbican seeing profoundly non-commercial cinema and the Australian Film Festival when it was on. I miss London a lot, but I miss the rest of England more- I miss Cornwall, and Bath, and Yorkshire, and Northumberland and Shropshire and Kent, all terribly, but I am reminded again and again of the Nick Cave song- 'There Is A Town' from the album Nocturama, yes the grass is always greener, blah, blah, blah.

And now I live
In this town
I walk these dark streets
Up and down, up and down
Under a dark sky
And I dream
That one day
I'll go back home

And so it goes
And so it seems
That God lives only in our dreams
In our dreams.'
Posted by darren harrison at 5:43 AM