The Lonely Passion of Judith Hearne: a Belfast Spinster

I CAN’T remember where I first heard about Brian Moore’s ‘The Lonely Passion of Judith Hearne.’ If you read three or four fairly crummy or forgettable novels, then come across something as good as this as your fourth or fifth it is well worth it.


Judith Hearne is a lonely spinster who has spent a good deal of her life loyally looking after a sick aunt. Now she finds herself getting on in age and living in a series of bedsits in Belfast, each one as unsatisfactory for some reason as the last. Her co-inhabitants in this one include a memorably obese and troubled man named Bernie (fantastically described as a ‘monstrous baby swelled to man size’) who lives with the delusion of being a great poet and isn’t working and left Queen’s some years ago, his mother, Mrs Henry Rice, who means well but sickeningly fawns over him (she says he is ‘a little delicate’),  Bernie’s unfortunate secret lover, Mary, who is the bedsit cleaner and a victim throughout the novel one way or another, and Mr James Madden, a pretentious man who has lived in America, and is not who he at first seems, and is the unwanted object of Judith Hearne’s desire- her last chance, it seems, to become married and respected in a lonely and desperate world. Judith Hearne’s only escape from her problems are both desperate measures- the bottle, and her Sunday visits to Moira O’Neill and her put upon family.


This novel, written in 1955, is bold, full of passion and is excitingly unpredictable. Judith Hearne’s slide from a dull, predictable God-fearing spinster, into a pathetic, drunken non-believer is remarkable, and tragic.


From page one, Judith Hearne holds onto her items of security- a photograph of her aunt, who gave her a reason for living until she died, and what she calls ‘the Sacred Heart’, wrapped initially in tissue paper, and now hung proudly on her wall for comfort and prayer. Many of us have a wall hanging for this very reason, whether it be a photo of a relative, a simple beach scene, or a picture of a famous singer or sports star. There is so much about Judith Hearne that is so ordinary and believable, and typical for her age, at least in this early part of the novel. 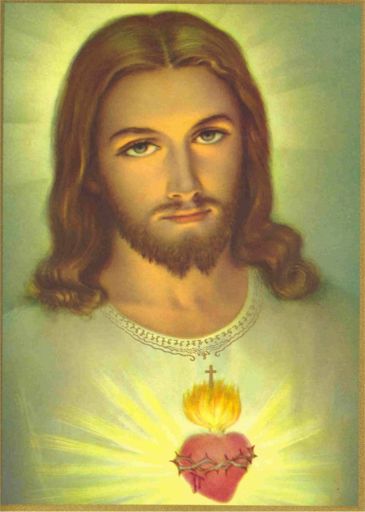 Judith is soon flattered and excited when another boarder- James Madden- shows an interest in her. She seems to be the only one receptive to his boastful stories about living in New York. Madden can sense this and soon has Judith enthralled. They begin to have walks together where the discussion is always about America -‘the States is a hundred years ahead of Europe in most things.’ The other boarders are amusingly disparaging about America- ‘The atom bomb-that’s the American contribution to Western civilisation. Am I right?’ but Judith always defends him.


In a passage that is reminiscent of Fitzgerald writing about Gatsby’s past, we get to know Madden better and how his own dream, like Gatsby, is to open up a new promising world for himself- ‘..he stood at the gateway to all the things he had left behind, all the things he had ever done.’


By the end of the third chapter we see a glimpse of Madden that Judith will never see. Coming back to the bedsit, drunk one night, his passion is aroused at the sight of naked Mary with Bernie in Bernie’s bedroom. Madden, seemingly disgusted at the goings on in a Catholic home, threatens to tell Bernie’s mother (which would see Mary is immediately evicted), but loses his head like a madman and rips the blanket from her and fondles her and smacks her bare thighs. As Bernie says, if alone, Madden may well have raped her. Brian Moore’s characters have all the problems of the world but his depictions of them are searingly honest.


It is the interior mind of these characters that is the most compelling. Moore exposes their thoughts continually, and it completely gives them away. We get glimpses into Judith’s fascination with Madden- ‘I wonder if he’s old? Over fifty certainly..’ and at the same time Madden is musing about Mary- ‘ahh, I’m no good, drinking like that, pulling at that kid, but she was old enough though, what a build. Christ…why did I think that right n the church, an impure and filthy thought right in God’s house.’


Father Quigley is the priest at the church that Judith attends. Brian Moore became an atheist after a heavy and devout Catholic upbringing- as an act of rebellion he joined the British Army when he left Belfast- and his Father Quigley is passionate, but is also a target of Moore’s ridicule- ‘Plenty of money! Plenty of time!..Yes the people of this parish have both of these things…But they don’t have it for their Church!..They’ve got time for sin, time for naked dancing girls in the cinema, time to get drunk…time to go to see the football matches… time to spend in beauty parlours..time to go to foreign dances instead of ceilidhes (!)..time to do any blessed thing you could care to mention. Except one. They-don’t-have-time-for-God.’ 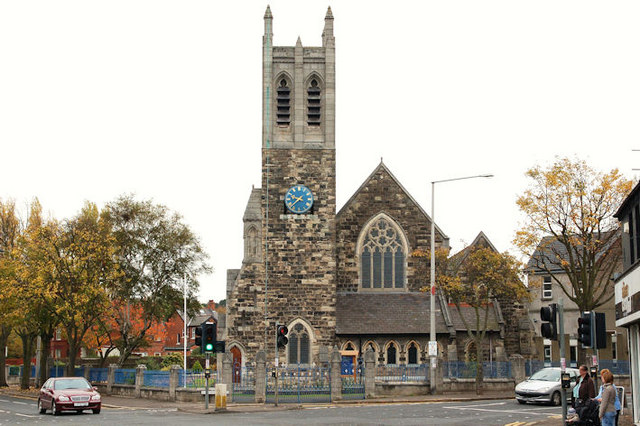 When Judith sees the patient O’Neill’s she begins to boast about her new, fabulously interesting life as an acquaintance and sometime walking partner and church attendee James Madden, and she is starting to have too much to drink. It is shortly after this that James Madden makes his proposal. He wants to start up an American eating house/ café in Dublin, and he needs Judith to be his partner purely and solely in business terms- Madden is under the misapprehension that she has money. Sadly, tragically, cruelly, when he finds out he is mistaken, he will abandon his plans with her, and cut off his once expedient social ties, and dump her, claiming that if she felt his intentions were otherwise, and if she got her hopes up, then it was all her imagination, and no fault of his own.


Bang smack in the middle of all this, in chapter 9, Moore gives us a diary entry of each of four boarders on the topic of Madden and Judith Hearne. He is absolutely fascinated by the inner going on of a person’s mind, and it is a fascinating subject. And the purpose of it all is for us to boldly see that everyone one of these boarders, Bernie and Mary included, can see right through Madden and his little schemes, and here is poor, sad Judith, hopeful and blinded because of her desperate hope of salvation from an untrustworthy Yank.


When Madden, becoming a more grotesque character by the minute, visits Mary in the middle of the night, aroused because he saw her ‘short slip, white creamy legs’ going up the stairs, he finds her in her bed in the dark and, Moore tells us, ‘tore and shook her like a dog at meat.’ It reminded me a little of what a poor, very young Maya Angelou went through- ‘easy, easy, be nice, be nice…’


Madden suddenly goes cold on Judy Hearne- perhaps he knows she isn’t loaded after all, and would make a useless business connection Judy meanwhile is becoming anxious, desperate, knowing at heart her last chance is slipping… and now taking to the bottle and singing like Blanche Du Bois too loud and causing a stir. He tells her flatly one lovely day in Belfast when she pressures very firm for an answer- ‘Who said anything about getting married? Did I? I never even considered it.’ There is a sort of Joycean stream-of-consciousness thing happening straight after in a long passage without any paragraphs and full stops- poor Judy’s thoughts tumbling out at a rate of knots. Church sermon is not much help- it’s back to the O’Neil’s I’m afraid, and a tall story seeping out- ‘As a matter of fact, he proposed to me’ (!)
On the bus Judy’s disintegration is continuing, noticeably shaking, trembling on the way to an illegal after hour’s public house. A sad and shocking thing to see her receiving a brown paper bag with a cheap bottle of whiskey inside and then Bernard waiting for her back at the bedsit to cruelly fill her ears with the notion that she needs to keep pursuing Madden because really loves her…vile characters in this story! High drama follows when Bernard’s mother comes on the screen with Madden. Madden finds out Bernie’s lies about Judy and then Bernie’s mother finds out about Bernie and sixteen year old Mary.


Judy is evicted and her reflex action is to see Father Quigly in church and ask why. Poor Judy doesn’t get any comforting response- or any that, by this stage, have any mean g for her. ­Five Hail Mary’s has lost all meaning for her. ‘An unhelpful  God. Why does He make men suffer?’ Like many before her and since, Mary is pleading for a sign.


Mary books herself, incredulously, into the Plaza Hotel and continues her drinking. It seems she will simply end up, like Dylan Thomas, sliding into oblivion. There is a final, pitiful excursion to the O’Neil’s. Any faint remnant of respectability is gone when Judy begins sobbing and begins a Blanche type rant about being left on the shelf, about drinking too much and about losing her faith. ‘Nobody wants me, Moira. I’m too old. And I’m too ugly.’ Moira O’Neill plays the pacifying Stella Kowalski type role perfectly. And what to make of Judy, weeping in front of such respectable company. Nothing but pity. She is an awful, pitiable sight. But what a wreck and how sad for her, for anybody who feels so alone and unwanted and desperate.  We can all turn out like this, anyone at anytime, it just takes a cruel twist of fate.


Moore is really wound  up now. He really has Judy, and the reader, exactly where he wants them. He wants to explore this lunatic woman even more closely and with even more scrutiny. Judy is very much at the stage of relying on the kindness of strangers. Tennessee Williams would be loving it, and Carson McCullers, and William Faulkner- in fact all those Southern writers, and James Joyce for that matter with Nora on his knee.


Back in church, Judy is drunkenly asking Quigley ‘are you sure he’s there?’ she becomes obsessed with the tabernacle and what is really there. ‘Is it just bread?’ she spies the ‘little white curtain that screened the tabernacle door.’ Judy does a terrible thing in her terrible state. She opens the Communion rail and tries to scrabble open the ‘golden door’- very cinematic this, with Quigley in pursuit running down the aisle- she is dragging on the door until there is blood running from her nails- but it will not budge!


Finally, inevitably, like Blanche at last, Judy has become the sick woman with nurses at her side, and now referred to as the ‘sick lady’, now almost Judy Hearne no more. She is placed by Moira O’Neill (Stella Kowalski) in a private room for convalescence. A new place and a new, altered Judy, hopeful of being discharged some day, but perhaps at peace wishing for the Sacred Heart to be place above her bed again. Posted by darren harrison at 5:47 AM