THIS morning I went to the city market with my wife and two kids. She shopped for fruit and vegetables, and I took off with the kids to Readings in Carlton and bought the youngest one a picture story book about a little girl called Lulu. We drove back to the market where we were all reunited, close by the American doughnut van. The plan was for the wife and kids to go somewhere for the day and listen to popular local singer and actor, Justine Clark, while I caught a tram home with all the market shopping.

In fact, as it turned out, I caught a lot of public transport today, and decided at the end of it that it is much more interesting than driving. When the tram arrived, I had no idea how I was going to get the heavy trolley onto it. You see, I had a dozen eggs, two kilos of large potatoes, and lots of carrots on the bottom rung of the trolley alone. On the top rung I had a multitude of different types of fruit: apples, peaches, nectarines, kiwi fruit, bananas, and so on, and so it all adds up!


Well as it turns out, there was a tall, stocky man already on the tram, willing to lend a hand. From the bottom step I sort of coerced the trolley in his path on the top step, and he hauled it in for me. He had an American accent and spoke softly , almost in a feminine way, which belied the strength that was apparent in his arms and his body. He got off a couple of stops later when we were still in the city, and he caught my eye. He seemed to long for some kind of gratitude or reassurance, which I gave him. His face seemed to have a strange sense of sadness or longing.

The journey became a bit uninteresting then- or at least, I stopped looking about me- as I became immersed in Anne Tyler’s ‘The Accidental Tourist.’ I only started it last night. 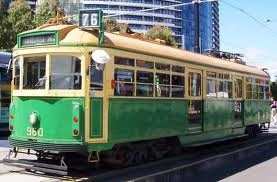 At the end of the journey, which was also the tram terminus, I was once again stuck with the slightly disconcerting idea that I would have to lug the heavy trolley down this time. I thought I might have to bounce it down onto the second rung, then the bottom rung, then a bit jolt onto the ground, and I was worried the metal wheels might snap. And lo and behold, out of nowhere came a voice- two in fact- and I was rescued again by some civilian decency. This time it was two big Asian girls, very good natured, who held the bottom end of the trolley each so I could manoeuvre it down without incident. It ended up being quite a good journey home. I became immersed in my book and had some much needed help along the way.

Well when I got home I had to do some washing and putting clothes out in the dry February heat. Then I started putting the food away as well, ensuring that the cold meat went in the fridge quickly. At the back of my mind I knew that I had an eye appointment soon at a large retail shopping centre, so I didn’t have a lot of time. And yes, more public transport, but no excess luggage this time, just my new book. The tidying and putting away took ages, and I wanted to clean my teeth properly because I knew I was going to have my mouth quite close to the face of an optometrist in half an hour, which is what happens when they look deep into your eyes with machines.


So I left home quickly and had to wait an inordinate amount of time for the bus around the corner that would take me to the shopping centre and my appointment. The bus finally came- waiting ages meant I would be late- and I chose a seat quite close to the front. Within two stops a woman who looked like she might be from Thailand sat right next to me, even though there were plenty of vacant seats about. I didn’t mind because she was kind of pretty, but as it turns out very fidgety. She drank lots of water and her phone rang twice. She had short conversations in a language I didn’t understand, and gesticulated quite a lot. She was also very conscious of people about her. As the bus became quite full, she seemed obsessed with ensuring that frail and elderly people had a seat, which was kind of her. 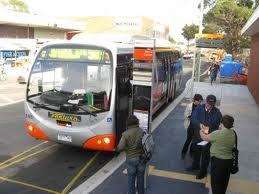 At the shopping centre at last, I became lost briefly- I saw a phrase in ‘The Accidental Tourist’ on the way that sums me up perfectly: ‘geographic dyslexia.’ I was half an hour late. The reading of the novel along the way meant that my demeanour and my language changed when I spoke to the optometrist. This always happens when I see a film I enjoy, or read a book I like a lot. I get very easily influenced. It happened dramatically when I first read ‘Catcher In The Rye’ all those years ago, and it happened now with Anne Tyler. It also happened, somewhat dangerously, when I left the cinema when I first saw the remake of  ‘Cape Fear.’ I walked and felt like the deranged character played by Robert De Niro.

Somewhat typically, I got lost again when I started looking for the bus stop when I left the optometrist. I read intermittently on the way home, but the people scenery was too interesting. Firstly at the bus stop I noticed the teenage girls- who all looked the same- flirting with the teenage boys thirty or forty feet away. One of the girls yelled out ‘you look hot!’, which was a ‘come on’ gesture if ever I’ve heard one.

On the bus, there was a bald retarded man sitting next to another sullen man with a scraggly beard and dishevelled clothing. They were looking at their DVD copy of a Tom Cruise film called ‘Knight and Day’ as if it was a first edition of ‘War and Peace’ or ‘Ulysses.’

At the first stop a youngish black man got on, wearing high boots and a black shirt unbuttoned all the way down exposing an unremarkable chest. He was very unhappy and restless and definitely ‘had issues’ to use a colloquial phrase. His feet jutted out of the aisle too much, and a nice woman brushed past them as she walked to the back of the bus. He grimaced when she said sorry as if she had trodden on his toes wearing screw in football boots. A bit later another woman, with a pram this time, also touched his feet as she sauntered past, also saying sorry. Very decent these women! His petulant retort was ‘no you’re not!’ which took her aback. He had some papers in his hand which he scrutinized carefully all the way. They didn’t look like a big deal to me, but he held them as if they were some precious, mysterious letters. When he got off the bus, the bus driver waved and said ‘thanks very much!’, and the black man ignored him completely! He limped as he got off which reminded me a lot of Crooks from ‘Of Mice and Men’, so suddenly I felt sorry for him.

Not long before my journey’s end, with not much more of ‘The Accidental Tourist’ read, a young Asian couple got and sat opposite me. She wore tracksuit pants and had a gaping hole up her sleeve so you could see her whole black bra if you wanted to. She looked about eighteen. Her boyfriend? also looked eighteen, and he had the languid look of irresponsibility about him. His pants were loose and his underwear showed and he grinned a lot as if he was incredibly carefree. Except he wasn’t. The two of them had a toddler still in a pram, a sad, sullen looking boy, with the sort of expression you would have on your face if you had young parents who were really not very ready for you to come along. I felt sorry for her. She looked like she cared deeply, and was doing her best to be a responsible parent. The partner, on the other hand, was very distracted and didn’t take a lot of notice of his child. There were, however, two telling incidents. The first was when he lunged, suddenly, for his boy and ran his big brown hand over his kid’s hair in an aggressive and over the top fashion which hurt the little boy. A few minutes later he casually grabbed one of his cheeks and pulled it vigorously and caused the poor little boy to grimace and well up in tears. The mother laughed, it seemed, out of not wanting to clash with her partner, but it probably pained her. The boy was stoic though. His face became resolute and determined and he shrugged this off as just another incident in a bewildering day out with mum and dad.
Posted by darren harrison at 11:21 PM