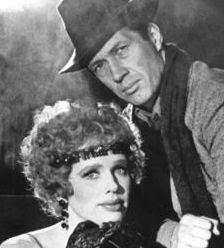 
I am threading my way through Ingmar Bergman’s entire film catalogue, and have been watching countless dramas with a small number of characters (chamber pieces) set on Faro island off the Swedish coast, in these latter films, home to Ingmar Bergman and Liv Ullman. Naturally Liv Ullman is the star of these films, along with Max Von Sydow invariably, filmed by Sven Nykvist, naturally. Very few people, living in claustrophobic and desolate conditions along the coast, mysterious elements at work, black and white film stock, all about the oppression of the mind, madness, evil, bleakness, experimentation. I am thinking of films like Hour Of The Wolf, Shame and The Passion of Anna, all from the late sixties. They are good films, but they will not be remembered like earlier ones such as Through A Glass Darkly and Persona (also on Faro), and Wild Strawberries and The Seventh Seal, all of which made Bergman’s name. Nevertheless they are intriguing and impeccably acted and harrowing in lots of ways.

So after further chamber pieces with modest budgets in the early seventies, such as Scenes from A Marriage and Cries & Whispers (both masterpieces), comes something totally different and totally unexpected: ‘The Serpent’s Egg’.

Part of the reason we have something completely different is because of the drastic change in Bergman’s living conditions, brought on by trouble with the police and a nervous breakdown. His company was aggressively examined for tax evasion by the Swedish government in the mid seventies. Bergman was virtually arrested and treated like a criminal whilst preparing for a play at his local theatre. Subsequently, he angrily took his work elsewhere- to Berlin to make The Serpent’s Egg.

The Serpent’s Egg is in my mind Bergman’s most horrific film. It’s almost universally derided, although critics rightly see plenty of good things in it (Bergman scholar, Robert Emmet Long, is a notable exception: ‘The film is an embarrassment and was a commercial disaster.’) The latter may be true, but I find aspects of it riveting all the same.

The Serpent’s Egg is a complete shift for Bergman for many reasons. First of all he had American backing for the first time (Dino De Laurentis produced it). The film is set and filmed in Germany, not Sweden. There are a large number of people in the film, including hundreds of extras. The production crew, with the exception of Sven Nykvist, is all new to Bergman. Besides the familiarity of Liv Ullman, Bergman employed German actors he had never worked with before, as well as an American lead for the first time, in David Carradine. There is a lot of risqué language in the film as well as daring sex scenes (well surpassing The Silence in its confrontational nature), and the violence is more extreme and unnerving, including a scene showing a live animal getting flesh hacked off from its back. Finally, for the first time in a Bergman film, the language is English.

The Serpent’s Egg is surely Bergman’s bleakest film. The film starts with Abel Rosenberg (Carradine) finding his brother Max in bed, a bullet in his head and blood splayed over the walls. Abel, Max and his sister Manuela (Ullman). Abel visits Manuela at a small time cabaret venue, and they agree to continue to support each other. Abel finds himself being questioned and briefly held by the police, suspected of multiple murders. He suspects the negative attention is coming about because he is Jewish, and he may well be right. The police force him to try and identify several bloody cadavers at the morgue. The film is set in Berlin in 1923, and Germany is in a depressing state. There are Nazi thugs lurking in the streets and the currency no longer has any value. There are shadows everywhere, the streets are murky and dangerous, and Rosenberg is continually drinking and finding himself faced with many horrors, usually with a bewildered expression on his face. Almost equally unstable is Manuela who spends a lot of time crying or merely trying to survive, like Abel. Poverty is sickening and men spend their time seeing prostitutes and drinking themselves into oblivion. Rosenburg has an understandable paranoia, and like in a Kafka novel, there is always the sense that he is on the verge of some awful suffocating predicament, brought on by the State. The most sinister character in the film is a scientist called Vergerus, who has a secret headquarters in St Anna’s Clinic in which he spends his time conducting bizarre and cruel experiments on people. He gets pleasure out of seeing how people react to extreme physical or psychological stress- sometimes they suicide. Abel knew Vergerus from childhood in Amalfi, where Abel remembers that Vergerus once caught a cat and cut it open when it was alive so they could all see its naked heart beat, ‘fast...fast.’

This is Germany at the time of Hitler positioning himself for power, and the world of Berlin is frightening and disturbing in the extreme. The only optimistic part of the whole film is that Rosenberg escapes his confinement and is wandering loosely at the end of the film. However we are still left with the sense that he will not avoid a destructive end.

There are some impressive scenes and compelling moments:

- Abel becomes impatient whilst waiting at the police station, and seemingly unhinged, he makes a manic and useless attempt to escape the maze of cold steel bars and cold railings along endless corridors. Being a trapeze artist, Abel is fit and agile, and the camerawork is frenzied and frantic, and the movement is compelling. Bergman has characteristically resisted having music in the background, and you obtain an incredible sense of Abel’s claustrophobic predicament. It has been said that Bergman, unlike Hitchcock, is not good with ‘action’, but this scene belies this. Eventually cornered, Abel cowers like a trapped animal, shrieking, and is savagely beaten with truncheons.

- Manuela’s cabaret is raided by whistle blowing Nazi thugs. The camera pans across the faces of concerned onlookers as some kind of proclamation is read out on stage in German. The Jewish man Abel has been talking to is single out, and a Nazi gently removes his glasses, and folds them carefully and neatly into his shirt pocket. He then places a hand behind the Jewish man’s head, and begins pounding his face onto a wooden table. Abel and Manuela look on in close up. Then the whistle blows again and the whole place is lit up in flames.

- The little films that Vergerus shows Abel near the end of the film are shockingly compelling. A woman goes insane because she is subjected to the prolonged crying of a baby. A man is given a dose of a drug called Thanatoxin that places him in unbearable agony. A revolver has been placed at his disposal, but at the moment when the man feels compelled to use it, he places it into his mouth to discover it isn’t loaded.

The Serpent’s Egg is grim but in its vision of Berlin in the 1920’s, when conditions are so shockingly poor, and the fabric of society is completely torn, it provides us with a chilling explanation for why the country would soon be ripe for someone like Adolf Hitler.

‘And therefore think him as a serpent's egg

Which hatch'd, would, as his kind grow mischievous;

And kill him in the shell.’