Holidaying by the sea, and thinking of Wuthering Heights 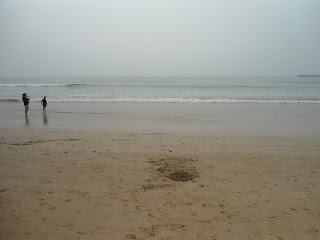 It is January, 2020. It is another new year. I am holidaying on the Great Ocean Road in Victoria at a tourist spot Apollo Bay called Skene's Creek.

The shoreline below us at Skene’s Creek is filled with rocky plates. These are mostly thick but flattened and easy to walk upon in their smoothness. They create a magical, moon-like atmosphere, except for the choppy waves that sometimes plummet on them. Occasionally you see tendrils of seaweed or lime-green sea plants growing on them, but they are mostly bare. Yesterday we saw some birdlife, or rather death, in the form of a gull and a fairy penguin.

This is the time of year of the after effects of bushfires. They have spread wildly and devastatingly across several states, and in particular in NSW and Victoria. The atmosphere is fogged with a thick, grey cloudy haze. The sky is smoke-grey, even white in places, and it looks like it will bucket with rain, but we are only getting intermittent, brief showers. I spoke to a neighbour that I saw at the beach. His teenage boys have coloured hair. One of them, the tallest one, has a mop of bright red, curly hair. He looks like Thing One or Thing Two from ‘The Cat in the Hat.’ When I said ‘it’s not great holiday weather!’, he looked surprised at my defeatism, and in optimistic fashion, replied ‘at least it is seldom raining.’

Despite our smoggy, smoky environs, and the fact that it is a bit too cold to swim in the choppy ocean, it is enough that we have this glorious moon-scape not far from the bottom of our garden. It is like another prehistoric world and I gaze into little or large rock pools expectantly for mysterious ocean dwellers, dead or alive. The roaring sea is absorbing to watch. I like the lovely emerald green of the sea just as it is about to curl or roll into another flashing wave. You also have the sensation of the soft sand under your feet or the smooth plates of rock you can stand on in order to look imperiously over the water. It is amazing how free you feel. In the distance, in the murky haze at night, the Otway Lighthouse has a steady beam to the right. It is just you, the distant beam, the incessant waves crashing on the moon plates, a white bird or two with stork-like legs, the grey, unfriendly mountains, the thick, mysterious haze, silver sky. And besides the muted roar of the hungry sea, it is so quiet. I imagine I am on a big ship with friends and wine, flooding across the seas, looking for an uninhabited island, without responsibilities and expectations. 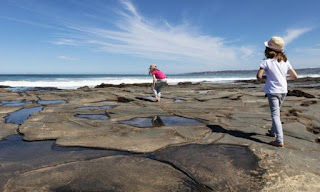 Then I remember I am immersed in ‘Wuthering Heights’ and I think of ghosts, and Heathcliff, and Cathy calling, cold and shut out on the moors, and I think of the sea as being like a huge wet version of the moors, and how EJB, or Emily Bronte, would have wandered these moors time and time again, like me, bewildered, and charged and exhilarated by her surroundings, feeling other wordly and looking for whatever nature might fling up to you in the wildest spaces. Not a penguin or some other seabird for her, or a strange cream-coloured shell, or random rock pools housing who knows what. For her, wild dogs and various birds, a massive array of plant life, moss and heather blazing in the late Lancashire light, the plot of Wuthering Heights forming in her mind, the slow emergence of Cathy and Heathcliff, their second carnation, Hareton Earnshaw and Hindley, kindly Nell and steady Edgar and the strange and often hostile communications between Wuthering Heights and Thrushcross Grange, the violence and desperate lives, their frustrations and forced limitations and the cruelty and aggression. And it must be said smaller snatches of love, and hope as well and very real longing such as Earnshaw has for the younger Cathy at the end of the novel. EJB understood somehow the whole range or gamut of emotions that make up the human experience despite her relatively insular life.

The birthplace of Jane Eyre, Wuthering Heights and The Tenant of Wildfell Hall- oh, to be there again now, very now… and just now it also occurs to me- and I find this very interesting- I have never thought much about the landscapes of Jane Austen. I guess this is because her novels are much more interior- still, the settings of Barton Hall, and Pemberton and the other great mansions- the lovely hills and valleys and dales of the English countryside, the sparkling streams where the men fish, the broad spaces where their hunting is done- I don’t care as much for.

I can remember vaguely Charlotte being dismissive of Austen. Perhaps she didn’t understand her, or her world. It is very different to Haworth (even so Charlotte was the one Bronte who became reasonably travelled and experienced with polite society through the success of Jane Eyre and introductions to people like Thackeray and Dickens).
It is not to say I don’t value Jane Austen. I like her. I esteem her. I like some of her novels, in fact, more than most of Jane Eyre, which I think is too long and needed more polish. Austen certainly does not lack polish or craft. 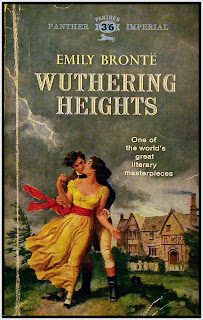 But I come back to Wuthering Heights. The attractiveness of the rawness of everything. There is not one in Austen like Heathcliff, the dirty orphaned boy who is dragged back to the Heights by his master and grows up to be cruel and vindictive and full of resentment about his place in society. No-one in Austen like Earnshaw, who is desperate to drag Catherine to bed and tear her clothes off. You can just feel this seething sense of sexual menace which is so surprising and compelling. Emily Bronte must have been so shocking for her time. Austen undoubtedly shocked too. She was full of subtle, clever criticism of her society and her best heroines were intelligent and resourceful and you can’t help but feel moved by the way things were so heavily stacked against them. But this sense of gender imprisonment is so much more powerful in Wuthering Heights. Elizabeth Bennett would have been shocked by Cathy. You could only imagine her take on Heathcliff and Hindley and Earnshaw. Perhaps Elizabeth would have coped better than some of the others.

It’s the language too, that is the great difference. I was enthralled by Bronte’s language of the gutter. Whilst Austen is cynical about everything, it is polite cynical. EJB however captures the attitudes of her people with devastating force, looking the reader straight in the eye and telling us exactly how her desperate people feel and think. And somehow she still directs our affection towards them. 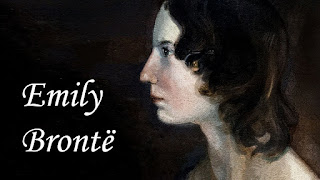 Posted by darren harrison at 3:00 AM