A Place In Your Heart 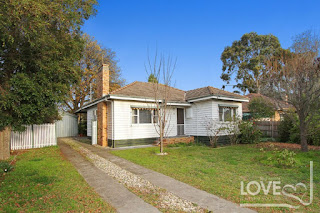 ‘YOUR street, rich street or poor


Used to always be sure, on your street


There’s a place in your heart, you know from the start


Can’t be complete outside of the street


Keep moving on through the joy and the pain


Sometimes you got to look back to the street again


Would you prefer all those castles in Spain


Or the view of the street from your window pane…’


VM (from Inarticulate Speech of the Heart)

Well, Reservoir is gone. Specifically, 50 Chauvel Street. I spent my final hours there the other night, with my parents, who were moving out the next day. In the end the lounge was filled with boxes and there was sparseness everywhere else where formerly there was clutter… and going back, children.


I first entered the white weatherboard house days after I was born in the now defunct PANCH hospital, in Preston, just a few miles away. Mother and father, and my sister and two brothers were already well acclimatised. I was to share a smallish room with G and J for the next 15 or 16 years, then just me and G for a while when J spread his wings. It was in this bedroom with my brothers where I lost most of my sight. I was on the bottom bunk, no lamp, with the main light mostly obscured, reading Enid Blyton and then Agatha Christie in the semi darkness. I have a feeling I continued to read when G put the light out. A weak yellow moonlight was my only guide. Until he left, J was on the other side of the room in a single bed. He must have still been there as an adult. I can remember him being at home well after he finished high school. G and I played a lot of word games, using the alphabet, well into the night. My only sister, C, was next door in a room of her own, and she would chime in through the walls. I can remember having difficulty sleeping. I would shake my head and send an enormous rattling of wood and bed springs from the end of the bed throughout the entire house. Mostly, people slept through it. 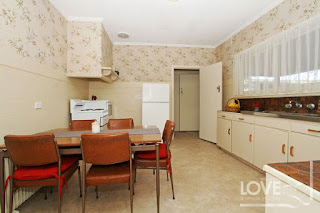 The next room along a narrow corridor from the two kids’ bedrooms was the kitchen, which led you out to the toilet and laundry, eventually to the back door. I have more memories of the kitchen than most of the rooms in the house. We had a green laminated table to place our food on. Always, it would be mother cooking. Minced meat would be squeezed through the manual blender to make cottage pie. Steamed vegetables. Little plastic animals attached to magnets on the metallic stove top. The tinned food cupboard. The drawer that housed the Glad Wrap and the rolling pin. The large curtained window that opened up to a vista of the expansive back yard. Venturing on entering the toilet by opening the closed door you would be greeted with a frantic ‘I’m in here!’


Most of us would eat at the table together in the kitchen. The forgotten conversations were probably about school. Father, however, usually after a long day at the fire brigade, or coming off night shifts, would be drinking in the lounge watching the news or ‘This Day Tonight.’ Mother would rap brusquely on the adjoining wall to let him know dinner was ready, and he would say he wasn’t ready, and his dinner would be placed in the still warm oven wrapped in alfoil for the next hour or two. Eventually he would walk in and say ‘Who can’t eat their tea?’ 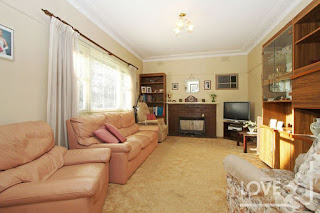 Mother and father slept in the large top bedroom, its window looking out onto the front street and the garden. Mother’s dressing table mirror was huge and we all pranced in front of it at some stage during our lives. Next door was the bathroom, and opposite this, the sliding doors into the lounge, the other oft frequented room in the house. Here were the cats on cold nights, sitting in front of the fire, and in latter days, heater. Gustave, Crystal, Snowy, Tiger, Penny- all had time there over the years. As is the case in most households, the lounge was the place to watch television. It was rarely switched off, besides a period early on when the room was dominated by a large billiard table. At some stage father bought a fancy Marantz stereo from a shop in Moonee Ponds. This provided hours upon hours of entertainment. I still remember buying Abbey Road from a shop at Northland, and playing it to death in the lounge. Countless Melanie and Moody Blues records were played on this stereo, all of these surpassed after the purchasing all The Doors records one by one, some of them imported presses from America, from Gaslight Records in Bourke Street. ‘Waiting For The Sun’, for example, was a real gem because it opened up inside with the lyrics to ‘Celebration of the Lizard.’


Although visiting Chauvel Street became a little grim at times towards the end, with its cracked tiles, worn carpet, flaking paint and dilapidated furniture, there are countless good memories. And that’s inside the house, not to mention the fun-filled experiences in the back yard playing soccer, and on the corner playing cricket. One of the best of these times was the ritual of Tuesday night visits that lasted for a while, after we had all moved out. J, G and I would join with mother and father for roast meals and we would compete in an exciting electricity of words, all of us with stories to share from our new found independent lives. 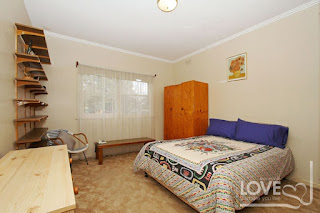 Opening out, to Reservoir itself, I think of all the lives I shared with neighbours and those close by. I still think of the Arbuckle’s and Luch and the Pretto’s in the same street, and from the adjoining streets, precious times shared over the years with Joe, Bob, Linda, Lisa, Michael, and others. Now, I don’t really have a reason to go to Reservoir. I don’t think there is anyone I know in Reservoir any more. There’s a place in my heart for my suburb, my street, and more specifically my home. But leaving it all behind is a part of life. We all have to grow.
Posted by darren harrison at 3:28 AM

This piece resonates with me. It was an incredibly difficult experience moving my mum out of Florence Road, and we had only moved in there when I started Uni, so I cannot imagine how it would feel for you. So many memories. Physical spaces are transformed into heart spaces so easily. The act of visiting our family home as an adult remains imprinted in our psyche, I think. Each time I drive anywhere near Surrey Hills so many memories come flooding back. Yes, it's the end of an era, signifying movement into another chapter of our adult lives. We leave, yet the place never fully leaves us. Thanks for sharing, old chap. I recall visiting this house and enjoyed this glimpse into a special part of your life.

Yes I recall, very clearly, you visiting this house, and our walk along Chauvel Street which I have written about before. And I did go to Florence Rd a couple of times, in those heady days of the late 80's, you in your blue VW, etc- no make that Volvo. I found even your car enchanting.

I have fond memories of those 'heady days of the late 80s'. Life was filled with possibilities. I recall a late night stroll around Edwardes Lake as well. And I loved that car!