The Tiredness of Milly

When the Smartbus arrived at the Madden Street junction at the exact time she hoped it would, Milly dragged her tired limbs onto the first step and used the small handrail to clamber onto the path of the bus proper. In her right hand was her vinyl briefcase and in her head were memories of last night and the dull repetition of the previous nights before- and, oh, for as long as she could remember. There had been, for some time now, the ‘infotainment’ shows like ‘My Kitchen Rules’, and ‘Masterchef’, both as bad as each other and now the news itself had become dreary, and there was those ghastly American courtroom and law and order shows on every other channel… Milly looked around at all the flashy advertising on the walls of the bus, and the driver’s door, and even above her on the roof if you ever craned your neck that high. Notices about fare evasion abounded-  she always hated the way young people- students mostly, refused to pay their way- and there was a droll notice about changes that were about to be made at the Northland interchange… and when it came right down to it there weren’t too many advertisements, they all seemed to be from the transport commission, about giving up your seat to pregnant women, and the consequences of placing your feet on the seat, and a number to ring if, as a passenger, you see anything suspicious. The explanation of what might entail ‘suspicious’ was not made clear.


Then Milly glanced around at the other people on the bus. Everybody had the same expression, sitting so still, looking directly in front of them. She counted twelve people all together, excluding the bus driver, and all but two besides herself were engaged in the use of a mobile phone in some way, whether it be employing some kind of application, texting someone or merely scrolling a screen stupidly and automatically.


The bright lights of Bell Street threw a hazy glow onto the windows of the bus. Milly noticed with relief that Balmoral Avenue appeared through the windscreen gloom. It was sudden but as luck would have it somebody else wanted Milly’s stop and had planned its arrival better. The rear doors yawned open and Milly spilled onto the street, crossed the road with the 7-Eleven on the corner, and walked solemnly around the corner into the path of her apartment.


Her own room at last! She closed the door, put the kettle and the radio on, unfastened her shoes and stepped out of her dress. She found a half- finished bottle of wine in a cupboard and some crackers besides the fridge. Milly found herself staring at the plum-coloured carpet at her feet, as she eased herself slowly into a chair. Whenever she stared like that she asked herself if she was happy. She often had these interior conversations. She hated sitting completely still, in case depressing thoughts came into her head. Besides the useless chatter coming from the radio, everything else was completely still. How she longed for a knock at the door or the phone to ring. This feeling of melancholy stillness lasted long enough for Milly to finish her wine. She began to think about everything that had happened that day.

Milly taught her Year 7 class first thing in the morning. As she emerged from the room, feeling good about things because her fears of an unruly class were not even close to being realised, Harry Taylor walked toward her from the opposite direction. He must have seen her smile because he wanted to chat now it was recess. ‘It’s funny’, thought Milly, ‘how everyone wants to speak to you when you have a smile on your face, but hide or look away when they see you glower.’

Harry Taylor was always strict with his kids. Milly was glad her students had not interrupted his, two doors away. She saw right away that he was feeling good about something too, a rich beam spread across his encouraging face. Milly accepted his invitation to stop, somewhat apprehensively, because it hadn’t happened before.

‘Hi Milly, something’s made you happy. You know, I have never been able to reconcile the thought of you being a teacher, even for the whole two or three years you’ve been here. None of the teacher’s at my school when I was a kid looked like you. There is nothing remotely teacher-like about you!’

Milly felt her face redden, and couldn’t help asking, ‘ so what is a teacher supposed to look like then?’

Harry’s face flickered and his eyes glanced over Milly’s shoulder, and he replied ‘oh, I think you know exactly what I am talking about.’

She had thought of nothing else all day; she shivered in her sudden realisation that Harry’s face fascinated her; she could see clearly the soft lines around his cheeks and the small, charming grey stubble on his chin; his grey eyes that were soft and endearing; his teeth that were surprisingly small and even and still naturally white despite what Milly knew to be his mature age.

Suppose Milly invited Harry Taylor back home, to Balmoral Avenue. She would have to get rid of quite a lot of clutter. She would be embarrassed by her bedspread and her old, faded yellow towels. The ugly gnome by the front door would have to go as well as her sentimental collection of snow domes from all over the world that had been on her dining room shelves forever, depicting places Milly had never been to, and in some cases, had never heard of.


‘Come in, Harry’, she would giggle, and offer him a glass of her favourite McLaren Vale wine. She would ask him to take off his shoes, and take him on a tour of the apartment and show him the lounge and the two bedrooms. She would sit next to him on the couch and finger her glass romantically and smile flirtingly and offer him some Chocolate Royals.


A glint of moonlight shone through the bay windows. Sitting at opposite ends of the couch now, Harry and Milly’s shoeless feet touched meaningfully. Milly felt light-headed and filled to the brim with happiness. Harry’s pleasant faced creased into an involuntary smile. Now there were two small crystal glasses filled with a strong dark liquorice liqueur. Milly’s favourite Beethoven Cello Sonata floated through the air. Milly’s shoulders twitched. She looked at Harry’s heavy, commanding hands and asked him if he would massage her neck and shoulders. Harry leant forward into Milly’s aromatic space…


The real Milly crept away from the couch and undressed slowly. The stress of the teaching day meant she could smell a faint odour of sweat. She struggled with her underclothes and accidentally ripped a gaping hole in her left stocking. Feeling drunk and ill at the same time, Milly had difficulty finding her balance and settled for an ungainly squat in an ugly attempt at the Lotus position. Her mind became filled with the messy minutiae of the day that lay ahead, seemingly only hours away now. She threw her arm out to grasp something that wasn’t there. A cry reverberated around her apartment’s walls. 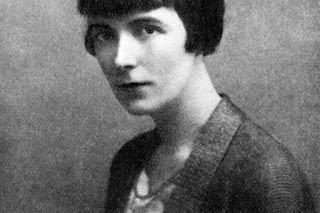 Posted by darren harrison at 3:10 AM