Kicking back on 'Rananim Farm.'

Well what a 2013. Going overseas for a year was the best decision I ever made- in conjunction with my family, of course. We received the letter, or offer, in the mail just seven days before the new year. I remember thinking, what a lovely, quaint way to receive an invitation. I really expected, when I received it, it would be by email. I have kept the envelope and all. It is bright red with a pen and ink drawing of the moon and stars on the reverse, drawn by a child. One of the children in the commune, as it turned out. It filled everyone here with excitement.


In the morning we watched the first half an hour of this new surreal film called ‘Gravity.’ The weightlessness in space and the beautiful blue universe got us all thinking about planes, and then we were off, by taxi, to the airport.


I fished out the original invitation again when were nestled onto the plane. ‘NEED A CHALLENGE?’, it stated. ‘SICK OF CARS AND ADVERTISING AND HOLLOWNESS AND VACANT STARES ON PEOPLE’S FACES? HAD ENOUGH OF LOUD MOBILE PHONE CONVERSATIONS AND TRAFFIC AND WALLS AND FENCES AND KEYS AND LOCKED DOORS AND SUSPICIOUS GLANCES? OF WASTE AND POLLUTION AND PEOPLE SELLING AND BUYING HOUSES AND CRAP ON TELEVISION AND ON FM MORNING BREAKFAST RADIO? OF GETTING UP USELESSLY EARLY EVERY DAY AND BEING TOO EXHAUSTED FOR REFLECTION AND RELAXATION AND REST AND RUNNING? MISSING BOOKS AND READING AND FRESH AIR AND GRASS AND MOUNTAINS AND BLUE WATER AND CONVERSATION AND CONTEMPLATION? WELL ‘RANANIM FARM’ IS FOR YOU.’


As a family we discussed it for about three days. I piled on enormous pressure. First we had to get neighbours to agree to mow the lawn and water the plants. My wife was dubious about how little money we would allegedly need. The children felt that they would miss their ‘things’ but I was able to convince them that for one year ‘things’ would not be important anymore. I spent the last days before our departure sitting amongst the old books in the bookcase in my bedroom, and watched a bit of Simon and Garfunkel on youtube. My wife rang as many people as she could squeeze in and the children played on the backyard swing until their hands had little callouses all over their sorry red palms.


The plane journey was painless enough. Our children were quite mature even before our trip. The youngest wasn’t bothered at all by the air 24 hour flight to England. She roamed up and down the corridor of the plane with the only ‘thing’ she was allowed to take, which was ‘Dolly’ nestled inside a little pink plastic pram.


At Heathrow we caught a Northern line train to Central London. It was 4:30 in the afternoon. There we were, a family of four wearing nervous, expectant expressions, carrying four wrinkled blue backpacks amidst business men and women holding expensive suitcases and nudging mobile phones.


Another train at Waterloo Station spat us out towards the Devon countryside, and eventually to ‘Rananim Farm.’ It might sound clichéd, I know, but there was a rainbow sitting above a green hill when we arrived, and the indigo was particularly indigo, and the green particularly green. The farm itself was red brick, ancient, and oblong in size. There were all these little segments, each with a tiny window and at one there was a happy child peering out. As fate would have it, she would become my eldest daughter’s best friend.

Over the next several hours, and days, I learnt the fairly simple drill of what life on ‘Rananim Farm’ was all about. It remained simple for all four of us, over the whole of the twelve beautiful months we spent there. I’m not exactly sure what my wife and children did when they weren’t with me. Part of the ‘Rananim philosophy’ was to spend time alone in contemplation and the company of crosswords and books. There was time allocated for this every day, as well as time engaged with the community.  A typical day on the farm for me throughout most of the twelve months was as follows:


9:00 AM- rise and breakfast with the community. Sitting at long trestle tables and eating the produce we had grown and reading interesting books like ‘Glorious Devon’ and ‘Glorious Cornwall’.


11 AM- working with the community on the vast communal crops, vegetable gardens and helping to clean each other’s rooms and prepare for the coming meals.


1 PM- eating a healthy lunch with the community, at a different trestle table than the one before.


2PM- an hour spent with the family or someone or some people of your choice. Usually a walk across fields, watching your reflection in the lake, or listening to music in the cabins behind the hills.


3PM- joining a ‘conversation panel’ of your choice. There were several groupings of people, each according to his interest or expertise. The groups were about 6-7 people in size.  People  were rotated. The ‘conversation panels’ I chose to join were invariably music, literature or film oriented, and sometimes politics or religion if my mood required it. Some of the memorable discussion topics included ‘Christian Atheism’, ‘the films of Ingmar Bergman V the films of Woody Allen’, ‘the most progressive rock artists from the 60’s and 70’s’, and ‘stream of consciousness writing in twentieth century Literature.’


5 PM- working with the community again to prepare the evening meal, and, if still daylight, a half hour helping to maintain the garden and the food crops.


6 PM- eating dinner with members of the community. A different grouping from the earlier sessions, and cleaning up on a rotational basis.

The only variance from days like the one described above was when members of the community agreed to take a day’s break from the farm and walked off to explore other parts of the English countryside. An old, ramshackle bus was housed on another part of the farm, and that was occasionally used for trips to a neighbouring district or county. Small groups, or families, were known to sometimes visit areas of natural beauty in counties as far from Devon as Somerset or Cornwall.

The children’s conversation groups to be a little moralistic at times. Discussion topics such as ‘the moral dangers lurking in Disney’, or ‘modern day Princesses- feminine or feminist?’ (I was only privy to the female topics) were all the rage, and even though my children were young, they enjoyed them because it meant looking at Disney images in old scrapbooks someone had brought along.


Locals tended to be suspicious about the goings on at ‘Rananim Farm.’ It reminded me of Orwell’s famous novella, and the way in which neighbouring farms would gossip about what was being played out at ‘Animal Farm.’ One day a local reporter even came along. She was young and ambitious and hung around like a bad smell for several hours, and even tried to slip into one of the adult discussion forums. I think, from memory, it was titled ‘the insidiousness of the outside world’, or words to that effect. The article in the paper a couple of days later said that the people on the farm had ‘Communist leanings’!, and an accompanying editorial noted that none of the members of our idyllic group seemed to contribute in any tangible way to society. This was despite, the letter said, that there were teachers, musicians, gardeners, massage therapists, climate change officers and even a fireman on the farm. Well, that made all of us smirk because whilst we were possibly not adding anything to general society in terms of services, and so on, were weren’t taking anything away either. We were, in the true spirit of Ralph Waldo Emerson, self-sufficient, and that was exciting. The word ‘rananim’ was also speculated upon. The young journalist seemed to think that there was a hint of revolution in the word. The article did include one aspect that did please all of us. It noted that there didn’t really seem to be a ‘leader’ or ‘head’ as such on the farm, and that was something we were all proud of.


At some stage during the winter, when our resolve was being tested by spoiled crops and freezing rooms, a letter came from my brother which I read gleefully to all concerned. It was like manna from heaven.


I have no idea what you are up to with J and your two young girls, but all I can say is don’t hurry home. I am writing this in the car on Punt Road whilst I am driving, believe it or not! It is safe to do so because the car edges further towards the city every few minutes, but it’s only about a metre or so, and if I turned the engine off I could almost roll all the way. Besides the disgusting traffic, I should also tell you that there is nothing that is any good in the news. I read ‘The Age’ online today, and the cover story was about two kids being abducted from their bedrooms the day before Christmas. On page three there was the story of the mother taking the Education Department to court because of the severe cyber bullying that was happening at their children’s school. Then if that isn’t enough, some desperate, unhappy people have arrived from their war torn country and have been put straight into a detention centre (read jail) and told they might be stuck there for years because of their troubles.’


The letter went on about some family news, and finished with this: ‘Write to me soon if you are interested in hearing about some more peculiarities from our alien world.’


It was the escape from all of that, but as well as the camaraderie, the closeness, the tranquillity and the harmony that made me cry real tears one mild evening during December. Our time on ‘Rananim Farm’ was coming to an end, and all four of us would miss it greatly. We were all worried about heading back home to Melbourne, but we knew our golden places were waiting to be filled by a horticulturalist and her partner and children, next in line for the most magical year of their lives. 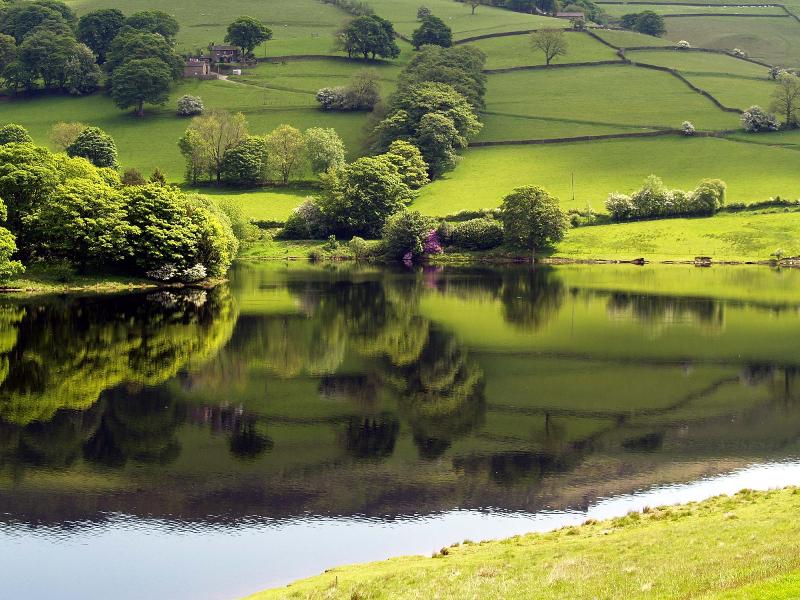 Posted by darren harrison at 5:57 PM

On what sort of farm do you get up and start the day at 9am?