JOHN HARRIS VENTURES OUT FOR THE FINAL TIME (PART 3)

ONE fateful day- well, actually New Year’s Eve- John Harris and his female companion decided to herald the beginning of a new year by drinking and dancing at one of Wangaratta’s nicest pubs called ‘The Vine’,  situated a little out of town, and down a dusty lane. It was here, mulling over the events of the year just lapsed, the good times, and the plenty of mistakes made, that John Harris met Jenny and Bob, both from nearby Whitfield, seemingly kindred spirits of his (well that’s how it seemed after two or three hours of celebration and dancing). Jenny was short and thin, wearing those tight, stretchy jeans that make your legs seem even skinnier. She was trotting around like a wild goat, pumping those skinny legs with occasional little hops and bounces. Bob was a bit more refined and a much better dancer. He was also thin but better proportioned, faintly good looking in a dark-haired Irish kind of way. Even Bob’s dancing was faintly reminiscent of Irish dancing, with his long but nimble feet. It was all so light-hearted and easy, basking in the glow of warm minds.


About a month later John and his friend Sharon were walking down Faithful Street. As they passed a real estate agent- in fact just at that exact moment- Jenny and Bob tumbled out onto the street in front of them, exiting the rental shop. There were smiles and good wishes all ‘round, happy memories of the event before. Jenny and Bob had decided they wanted to live in Wangaratta. John blurted out that, because of Alan No.2’s defection, there was a spare room at 39 Templeton Street. Bang. It was sealed.


Just three days later, on a Saturday morning, John Harris woke to noise down the formerly quiet section of the house. Jenny and Bob were unpacking. There were things everywhere. There was a corpulent dog running around the back yard (‘corpulent’ was a word that Bob himself used about his dog, the first time John had ever heard the word). Jenny had just put a bucket of water on the kitchen floor to help stave off the Wangaratta summer heat for the dog. Pretty soon it would be wandering over, slurping water out of the bucket and onto the linoleum, its furry cheeks dripping and glistening. Suddenly a poster supposedly of a UFO was plastered onto the kitchen door. Fine sheets of material were draped over doorways. Packages of food were thrown into cupboards. And then there was that little corpulent dog running around the house. John rubbed the back of his head with his hand. He couldn’t remember seeing the little dog outside the real estate agent the month before.


The next weeks and months went by in a blur. Jenny and Bob certainly had a huge impact on the house, and they were a fascinating couple to live with. There were cold drinks every night and fabulous stories told. Bob seemed to know quite a lot about everything. He was studying psychology by correspondence, and his essays were fantastically written. He knew everything about the Arabian Nights and was quite enlightened about politics, the Royal Family and world events in general. Talk would drift into the early hours and it was a miracle that John wound up fresh for his job at Benalla High each morning. When John would go home to Reservoir the occasional weekend- and it must be said that it was only occasional now- he would have fabulous stories about Jenny and Bob to tell his friends. There was the time that Jenny stole a big sack of clothes from outside St Vincent de Paul one Saturday night, and tipped the contents all over the floor. The sack contained about twenty pairs of jeans, all in various states of usefulness. Bob tried them all on and discovered to his delight that about six pairs fitted his thin body. When asked, by John,  about the ethics of such an event,  Jenny stated with viciousness, “well the money only goes to the Pope, and he’s got enough anyway.”


Another, somewhat more disturbing event, occurred in the unusual couple’s bedroom. John needed some sort of assistance and knocked on their door. Bob had been away for the weekend, and John soon discovered why. He had had a vasectomy. After a rap on the door, Jenny sang out casually, “Come in!” As he entered the vision that greeted John was of Bob lying naked on the floor, and Jenny applying ointment to a particularly sore part of his body. Moreover, this wasn’t the only thing that he found startling. A used potty, apparently kept each night under the bed, was sitting on the floor near the fire grate. Stories like these amused John’s friends no end.


Then things suddenly turned not only sour, but nasty as well. John forgot to put the money in the kitty for food a couple of times. The arrangement was that Jenny and Bob would buy the unorthodox vegetarian food- mostly nuts and grains, John noticed, to his chagrin- and would then go ahead and cook whilst John did the dishes. One night, in the cooler winter months, John could hear wine glasses clinking and the sounds of food being served on plates. He came out of his room nonchalantly to say “oh, is dinner ready?” Jenny’s response was abrupt and forceful (expletives deleted). “We haven’t made any food for you. We’re sick of the way you keep forgetting to put money in the kitty…” So that particularly warm arrangement was terminated, and the winter evenings became colder as a result.


A few days later John went to work having left the iron on. Jenny and Bob were your archetypal greenies. They loathed wasted power, and they both hated irons, especially because of the conservatism they associated with them. When John got home he stared at the lounge room wall in disbelief. “TURN IT OFF!!!” was written above the ironing board and thick blue crayon letters.


Then the issue of untidiness and grotty living came to the fore. It was always an issue for John, especially when the corpulent dog was nosing around. One day a friend from Benalla High came around. He and John were sitting in the kitchen. It was incredibly embarrassing. Large, unsightly flies were hovering around the room. Some were clinging to sticky cups and spoons. These days, the dishes were often left not done. When John opened a cupboard to extract coffee for his guest, they both noticed lots of little weevils flying around cups and saucers and unsealed food containers. John’s heart sank. Somewhere in the recesses of his mind he thought fondly back to his mother’s kitchen in Reservoir. Spick and span, with Tupperware containers filled with rice and pasta and other foodstuffs, tightly sealed.


Animosity grew between the once happy residents. Little things took on greater annoyance, like the woodchips all over the carpet in the lounge, and the Safeway trolley incongruously situated in the corner. The end of the year could not come soon enough. John was going home, back to Melbourne, to say goodbye to Jenny and Rob, and Wangaratta, forever. As a kind of parting gesture, John naively lent Jenny a hundred dollars during his final days. She said she would place the money in his bank account. She did place half of it in. The other fifty dollars, she insisted, was left on the table for him before he left. It wasn’t her fault he apparently, when cleaning, must have thrown it out.


Much later John was able to look back on his two year experience with a reasonable level of satisfaction. Yes he made plenty of errors, much of it to do with naivety and misplaced goodwill. However he survived, and learnt a lot, and felt that the next time he chose to enter a shared arrangement with other boarders, he would make fewer mistakes. 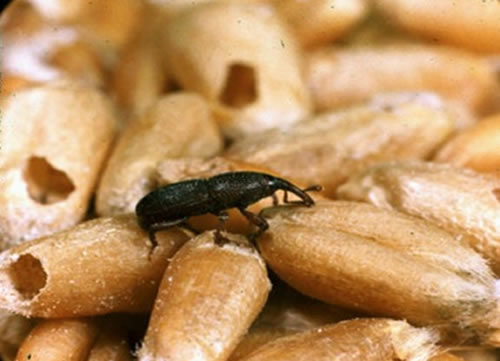 Posted by darren harrison at 4:43 AM