JAMES JOYCE AND D H LAWRENCE: A SERIES OF COMPARISONS


1. THE SEARCH FOR HEALTH

I FIND myself becoming intrigued by the life of James Joyce, burrowing deeply into a new book- JAMES JOYCE A BIOGRAPHY, by Gordon Bowker (Weidenfeld & Nicolson). I was at the local library the other day, intending to look, not borrow, as a new thick book from ‘Book Depository’ had just arrived in the mail. But here I was picking up the Joyce and re-discovering that he wrote puzzling novels, found fame in his lifetime, was married to Nora Barnacle and lived in exile. Without knowing too much more, I couldn’t resist taking it home, and here I am nearly finished just a few days later, enthralled with what I am reading.

D H Lawrence has lived with me inside my head for about twenty years now. Lawrence and Joyce never met- but I can’t help thinking of Lawrence the whole time I am reading this book. They were born roughly the same time, although Joyce lived a whole decade more. And there are interesting parallels.

Lawrence suffered a major affliction his whole working life that made writing difficult, especially for the last six or seven years until his death in 1930. This was tuberculosis and the constant search for an improvement to his health. As a result, towards the end, novels and stories were few and far between. A short walk would tire him out. He would spend most days sitting up in bed. Lawrence was always outwardly in denial about his tuberculosis. He often referred to ‘trouble with his bronchials’, or his ‘miserable bronchials, as if it were a passing thing. When he began spitting blood, and after one or two haemorrhages, the writing must have been on the wall. We know from reports that this was happening by 1924 when Lawrence and his wife were living in New Mexico, just after their Australian adventure. The following year, in Mexico City, Lawrence was formally diagnosed with tuberculosis, in one lung. When he returned to Europe he would keep other guests from hotels he stayed in awake with his nocturnal coughing. 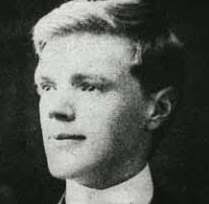 The first time he nearly died was in 1901 with pneumonia, then again when he was a teacher when a young man in Croydon in 1911. Lawrence’s health would always be precarious, especially after the age 21. He is thought to have been born with a weak chest.

Joyce, similarly, struggled with a major impediment in the same period, beginning mainly it seems during the long gestation of Ulysees. It was his numerous eye afflictions with his left eye in particular, and sometimes his right. I lost count of the number of eye operations Joyce had, as well as the amount of references to eye troubles there were referenced in Bowker’s book. Words like atrophied retina, abnormal optic nerve, glaucoma, capsulotomy, episcleritis, scopolamine poisoning, conjunctivitis, calcified cataracts and traumatic iritis abound throughout. By the mid to late thirties Joyce was often using a magnifying glass to read his own work. This was coupled with serious stomach ulcers, and in the end badly damaged intestines which eventually killed him.

Lawrence lived for 45 years. He was very weak towards the end and was mostly writing shorter pieces of work, like poetry and reviews. Joyce lived considerably longer- until the age of 58- yet wrote very little of significance in the 10 years he outlasted Lawrence. He had started what would become Finnegan’s Wake by 1924, and this is what primarily absorbed him until his death in 1940. Some people believe Finnegan’s Wake was ultimately unreadable and a waste of time. If this is true, then in literary terms he may as well have ended his life the same time as Lawrence, or even before. But of course it would depend on who you talk to. 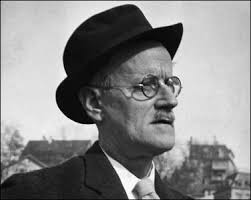 Posted by darren harrison at 12:06 AM