norwegian wood (not the song, or the book, but the film)

NORWEGIAN WOOD (dir: Tran Anh Hung), was long and good to look at but I didn't find it particularly engaging. The settings were beautiful- lots of wintry landscapes of snow and rain, beautifully lit interiors- and the actors were nice to look at- the male lead handsome and young with a soft face, a nice freckle on his nose- the young women beautiful as well with young faces and nice hair and lovely expressions. The dialogue was simple and easy to follow. The music was nice to listen to. I especially loved hearing the beautiful Doors song 'Indian Summer', even though it was suddenly cut off. One of the women sang 'Norwegian Wood' on a little guitar, and it was beautiful and simple, and of course 'The Beatles' did it as well at the end. 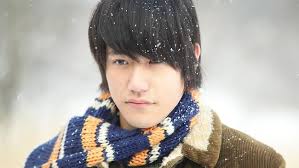 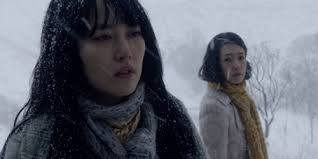 One of the women gets sick when her boyfriend kills himself. She moves to a retreat in the middle of a beautiful Japanese landscape. She ends up killing herself too, but not until about two hours into the film. The male lead kind of has to choose between this woman with all the psychological problems, and another beautiful young woman who is sort of is and sort of isn't available, so it's very difficult for him.

I kept thinking that Bergman would have done something much better with the script which meandered around and around and didn't go very far- possibly handicapped by the fact that it is based on a novel- and he would have had better dialogue (it was very vacuous at times), and he wouldn't have worried about the beautiful settings, because his script and actors would have been able to sustain something great without it. Maybe I'm getting old, but all the young people talking about erections and periods and so on didn't particularly interest me.

So I was glad when the film finally ended, even though everything about it was easy on the eye.

Posted by darren harrison at 10:39 PM