ON BEING A FATHER 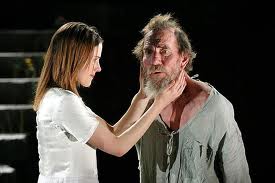 BEING a father is fabulous but it can be terrifying. Today I caught the bus with my 2 year old daughter to Northland Shopping Centre. We began getting ready to go out at 8:00. I dressed her easily- there are no objections to particular clothes wearing at her age. I chose a white singlet, a burgundy skivvy, another red top over that, a red-flecked jumper, scarlet- coloured tights, red jeans, red shoes and a blue zip up jacket. She insisted on wearing a faded pink hat which was luckily quite suitable for the cool, inclement weather. I packed some sliced apple and a small box of sultanas. She wanted to take her water in a trendy green plastic cup-shaped container which leaks- I insisted on a plain plastic mini water bottle with a pop up lid, and she easily acquiesced.

We both got ready quickly. I threw the nappy bag contents into the bottom of the pram. A. climbed happily into the pram after I put the brake on, and then we were out the door.

It is a short walk to the newsagent. There wasn’t anyone in the line so I was able to obtain a bus pass quickly. As we strolled out of the newsagency, I could see our orange bus- the ‘smartbus’ which travels from Altona to Mordialloc every day- waiting a hundred yards away at the lights. It would have been a bit of a blow to miss it as it would have meant a tiresome half hour wait in the cold. Luckily, after we raced across the lights at the flashing red man, we were able to stumble onto the bus without a second to lose.

I felt light-headed and gay on the bus because things were going well. I told A. about every person who came onto the bus-mostly older women- at each stop on the way. A. happily sucked on her apple pieces, and ate the whole small box of sultanas. She felt light-headed as well and was happy to sit in her pram all the way, perhaps just starting to show some signs of restlessness as were entered the Northland car park.

The purpose of the trip was to buy some clothes for my wife for our wedding anniversary, a hat for me, some pasta for our dinner, and to sit down and have a cappuccino and a scone between us. The first port of call was Myer. I found a brown trilby-style hat within minutes that felt comfortable and looked good. A successful start. Still in Myer, I found J a purple (her favourite colour) top that has some attractive frills on the sleeves and the bottom. Perfect- ‘and she can always take it back’, I thought out loud. Meanwhile, A. was being the epitome of a perfect child, leaning back languorously in her pram, almost chortling away, fascinated by all around her. I decided it was time for some fun of her own, so I took her to ‘Toys R Us’. I showed her some heavy breathing snakes and dinosaurs, which weren’t really her thing. Not surprisingly, she preferred the dolls- ‘Baba’ she called some of them- and I allowed her to cradle a ‘Hello Kitty’ cat for a little while- she gladly handed it back when I said we had to leave. Just nearing the exit, the inevitable happened: she saw some ‘In The Night Garden’ dolls out of the corner of her eye. I allowed her to handle one- what choice did I have?’ and she really livened up and she began trying to rip it out of the box. ‘Getting that one back on the shelf won’t be easy’ I thought to myself- but I was wrong. When I said we couldn’t take it because you have to pay for it, she simply handed it back and we were on our way.

As an almost subliminal or unconscious reward, I then wheeled our way over to a coffee outlet and ordered us baby cino, cappuccino, and scone. I took A. out of the pram for the first time, and we sat merrily together on a couch. She declined the scone and jam and cream, but woofed the baby cino down, and with strategically placed napkins, I managed to avoid a milky chocolate mess.

She wanted to walk- fair enough- so I held her hand with my right hand, and pushed the pram with my left. On the way to the bus stop again, to make our way home, ever alert A. noticed a little indoor roundabout, which are everywhere and difficult to avoid- this one with characters from ‘Sesame Street’ painted all over it. It was in mid transit with other children on it, so we waited patiently, then I slipped a $2 coin in. Observing the machine initially, I noticed that it flew around in circles fairly quickly, and had a safety wall on the inside, but no security latch on the outside. I wondered hesitantly whether or not A would be able to hang on as it whizzed around. Then I anticipated that it might be hard to keep up with her whizzing, if I took the precaution to place a steady hand on her left shoulder. So it was with some trepidation that I pressed the ‘Start’ button. As it turned out, my fears were thankfully not realised as it wasn’t going quickly enough for a) A. to fall out and over -at any rate, she kept a vice-like grip on Elmo’s head as I requested, and b) I was easily able to manoeuvre my way around the machine as I over estimated its speed in the first place.

Happily, we went off to wait for the next Altona ‘smartbus’ to take us home. The red neon sign said Altona bus in ’10 minutes’, which was fine because I had forgotten the pasta. We went back inside, to Safeway nearby, bought the pasta, and had only 4 uneventful minutes to wait. This time on the way home, A. sat on the same seat as her father, constant, steadfast, secure and happy, observing the world around her and fairly near sleep. We crossed the busy road at Bell Street at the lights, and walked in the door right on twelve o’clock. A quick glass of milk, and tuna and cheese sandwich, and A was almost begging to be given the chance to fall asleep.

A beautiful morning, and I allowed myself some time to think about what could have gone wrong:

The day could have started with A. refusing to put on the sensible clothes I had selected for her. She may have angrily thrown the singlet and jumper across the room and complained in her child-like way that I had chosen too much red. She may have been totally impractical and chose thin weedy socks, a threadbare top that we’d had for several years, cold translucent flannelette-like jeans, a thin summer cotton hat (or no hat at all), and summer sandals with all baby toes exposed.

We may have left with an argument in which A. refused to settle into her pram. This would have meant I probably would have left the pram behind, and made the back-breaking decision to carry her most of the day. The newsagent may have said ‘we used to sell Metcards but we don’t do so any more- there is a newsagent the next suburb along that still sells them.’

The ‘smartbus’ that we luckily caught just on time may have suddenly left as the lights changed prematurely just before our arrival. That would have meant a half hour wait in the cold air, and it may have even rained. A. may have become very prickly and fidgety in no time. This would not be a good scenario, waiting as it were alongside Bell Street, one of the busiest thoroughfares in the whole of Melbourne.

A. may not have wanted to sit with her father on the ‘smartbus’ once it finally arrived. Opening the bag to desperately search for a remedy, I may have noticed that I stupidly forgot to pack a few little snacks to keep her preoccupied- and devastatingly worse- the nappy bag with its nappies and baby wipes- essential for any outing with a 2 year old.

Upon entering Northland, A. may have expected to be carried, an attitude that would probably last the whole back breaking trip. The dreaded pooh may have occurred at that very moment- Murphy’s Law’- and it would have been a very embarrassing and frantic search for a nappy outlet, and subsequent toilets. On top of that, a tantrum might have ensued, in which A. may have aggressively tested her lungs on the grounds that a) she had an uncomfortable bottom, b) she was hungry and in desperate need for a snack, and c) she was bored already and tired and just wanted to go home, ‘right now!’

Bottom and stomach eventually fulfilled, the hat and anniversary clothes for the wife may have proved totally elusive. The risky visit to ‘Toys R Us’ may have proved fatal with tantrum after tantrum over apparitions of ‘Night Garden’ dolls, ‘Barbie’ dolls and ‘Dora’ figurines meaning that my wallet would have quickly become empty after several acts of hasty appeasement.

It is easy to work out how the coffee shop visitation could have turned sour. Coffee milk all over everything without a change of clothes. Broken glass all over the floor and looks of contempt. Even worse, coffee burns up either arms and a child in traumatic pain.

The most obvious final disaster that could have taken place was with the innocuous looking little roundabout with ‘Sesame Street’ plastered all over it. The ‘whizz’ may have been far more powerful that at first discerned, and little A. may have found herself being hurtled at great pace across the Northland floor. She may have cracked her head on the handrail that encircles Big Bird’s ugly head. She may have received unfortunate giddy motion sickness after whirling around and around, and thrown up all over litigious-looking parents and their children waiting patiently for the next ride.

Of course the ‘smartbus’ heading west and home again may have been delayed due to a broken fan belt, and the wait for the next one could have been excruciating. Father and daughter could have been at serious loggerheads by then. Another pooh in the pants, this one a deliberate smarty-pants one, might have ensued. It’s not worth contemplating what might have happened later on, exiting from the bus with a tantrum frenzied child, along the treacherous Bell Street at the end of the journey home…

Fortunately, it was the former, not the latter, that did occur, and I thank A. for a lovely morning, writing all this down as she contentedly sleeps. 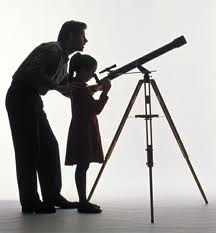 Posted by darren harrison at 3:13 PM

What a pleasant outing, we tend not to value the quotidian.